Penn State is having a very successful season so far in 2022, but a win over Ohio State is the only chance they have left to compete for the Big Ten Championship. With a loss to Michigan two weeks ago, the Nittany Lions have dug themselves into a hole and their only way out starts with beating the Buckeyes, at home, on Saturday.

After getting embarrassed by Michigan, Penn State responded with a dominating win over Minnesota. They scored 45 points against the Golden Gophers, and have scored 30 or more points in all but two games this year. When they are able to open up the throwing lanes by establishing the run, things seem to go their way. 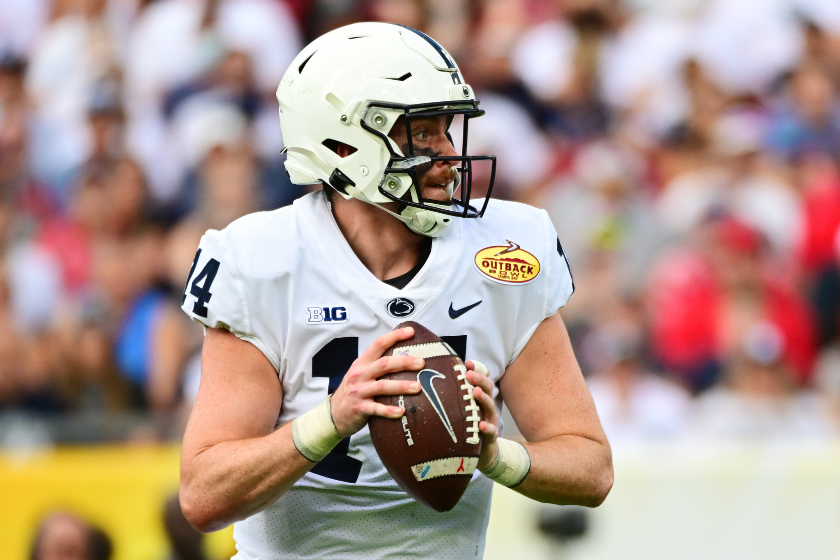 Against the stout Michigan defensive line, that was nearly impossible to do. Other than quarterback Sean Clifford who scrambled for 74 yards, the Nittany Lions gained only 41 yards on the ground against Michigan. For a team that averages 178.4 rushing yards per game, it was no surprise that their offense was in shambles when they were not getting anywhere by running the ball.

While Ohio State's defense has also been stingy against the run so far this season, Penn State and head coach James Franklin are definitely going to attack Ohio State differently than they did Michigan. If they come out and play as they did in the last three-quarters of the Minnesota game, where Clifford threw for four touchdowns and running back Nick Singleton added two more on the ground, they will set themselves up to succeed offensively.

Balance on the Other Side of the Ball Luckily for the Nittany Lions, Ohio State's offensive strength comes from their projected first-round quarterback and elite receivers. While this does not sound like a matchup that should be referred to as lucky, Penn State has the secondary to match the Buckeyes' talent and a defensive line that is hungry to make plays.

Penn State's secondary allowed only nine completions for 175 yards last week against Minnesota. One of the main reasons they succeeded against the pass was the pressure that the defensive line was able to generate. Getting to the quarterback over and over made it impossible to throw, and made it easier for the rest of the defense.

Led by players like corner Joey Porter Jr. and safety Ji'Ayir Brown, the Nittany Lions have one of the better secondaries in the Big Ten. If the defensive line does what they have done in every game other than against Michigan, they will be able to prove just how good they actually are. Going up against a potential first-round draft pick in Jaxon Smith-Njigba, and the Big Ten receiving touchdowns leader in Marvin Harrison Jr., it will definitely be a tough test. If the corners and safeties play as they have been, not only will they give the Nittany Lions a chance to win the game, they will see their names shooting up draft boards for shutting down the best of the best.

This game, like many of the past Penn State vs. Ohio State games, is set up to be a great one. While the Nittany Lions are going in as underdogs and predicted by sportsbooks to lose by more than two touchdowns, they have a roster built to beat the Buckeyes. If they are able to establish the run early and also not forget about passing the ball, they will set themselves up for success. If their offense can keep the game competitive early, their defense and extremely talented secondary will keep them in it late. It has been five years since Penn State was last victorious against Ohio State, but this year can be different, despite what the public has been saying.