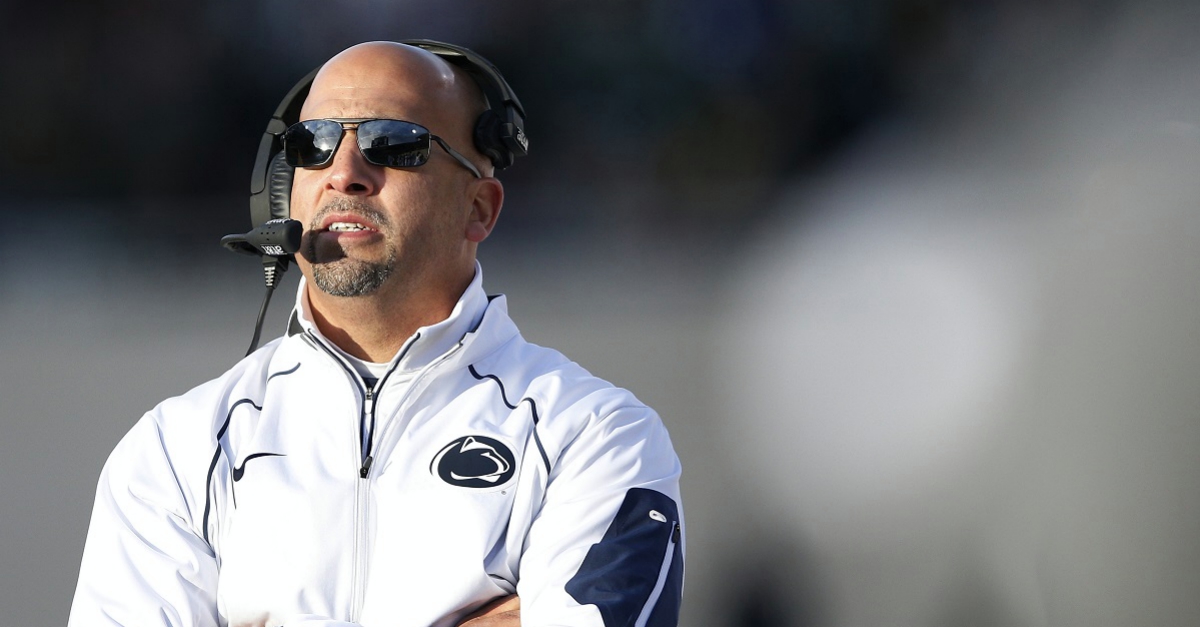 James Franklin is cementing himself as one of the top coaches in college football with what he’s been able to do so far at Penn State, and of course, top coach-hungry schools are noticing.

You have may have heard that Texas A&M, currently struggling through another mediocre season with Kevin Sumlin, is reportedly interested in pursuing Franklin’s Penn State buyout, which is only $2 million, but apparently, no one told Franklin that.

More realistically, he caught word of the Aggies’ interest in making a play for him and he doesn’t care, because the PSU head coach came up strong on Twitter in response to Dennis Dodd’s report.

Texas A&M may be thinking about making a run at Franklin, and Penn State may be hunkering down in preparation, but it doesn’t look like the seventh year head football coach (in his fourth year at Penn State) is going anywhere.

Here’s what Franklin tweeted. Direct. To the point. Hard to skew.

Recruiting is a crazy business, people will do anything to create drama
1. From PA
2. #3 Ranked Team
3. #3 Ranked recruiting Class#WeAre

The interesting thing to note here is Franklin apparently believes he’s being targeted by another school (perhaps in the Big Ten) with a negative recruiting tactic. It’s dirty, but don’t be naive enough to believe that it doesn’t happen. Some recruiter out there is probably floating that there’s a chance Franklin could leave Penn State, and if and when recruits hear about that, it could possibly impact their thoughts on PSU negatively. After all, outside of winning, the one thing most recruits (and more specifically their parents) love more than anything else is consistency at head coach.

If this was a negative recruiting lie, it would make sense that it got back to Dodd in one way or another. College football and college football recruiting circles can be tight so even misinformation can spread quickly.

Of course, this could also be a true report, at least from the Texas A&M side of things. Maybe the Aggies really are planning on taking a shot at Franklin. It doesn’t seem like he’d go for it, though, and ultimately, that’s all that matters for Penn State.

If he sticks around, which it sounds like he will, he’ll lead that program to a national championship sooner rather than later.