It was a huge college football gameday. And while many waited to watch Alabama face Tennessee or Oklahoma State travel to TCU or see USC face Utah later on today, FOX aired a heavyweight matchup between the Penn State Nittany Lions and Michigan Wolverines. Before kickoff, there was much to discuss. Both teams remain undefeated. And the Big Ten tends to hand us some of college football's greatest battles.

Over their 25-game history, Michigan leads Penn State with 15 wins to the Nittany Lions' 10.  So going into The Big House on this lovely Saturday in Ann Arbor saw the scales of this matchup slightly tipped toward the home team. However it wasn't expected to be a runaway victory, as both teams are in the top 10 of the AP's NCAA rankings coming into the week.

As Michigan shot out to a 13-0 lead, Jim Harbaugh's team wholly dominated the majority of the first half. However two big plays changed the course of the game's trajectory.

The Quarterback Gets on His Horse 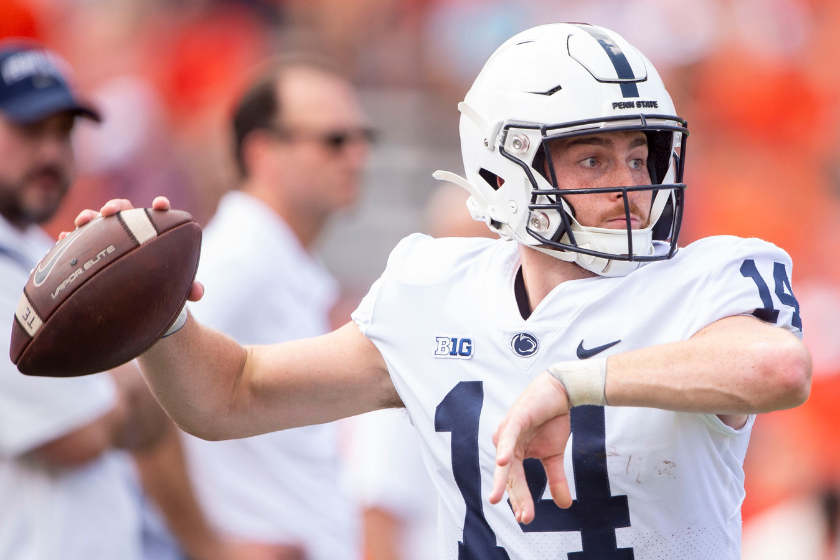 Penn State used a second quarter 63-yard run by quarterback Sean Clifford to start to take back momentum. The Michigan defense was lucky to make the tackle just shy of the goal line. While the Senior play-caller hasn't had much of an impact in the air, but used his legs to cut through the Wolverines defense, setting up a short touchdown run by running back Kaytron Allen.

Of course that only saw their first touchdown in this showdown, and Michigan is not a team to bend and break. On the ensuing Wolverines drive, PSU struck again on a bizarre interception. As J.J. McCarthy sprinted to his right, he tried to force the ball to running back Blake Corum. 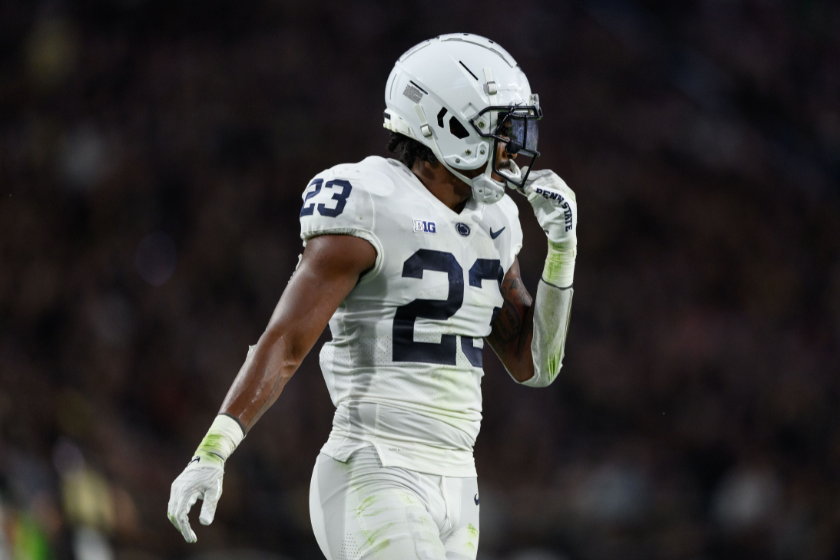 However Tyler Warren got his arms up, and was able to tip the pass back toward the quarterback. However as McCarthy tried to swipe at the ball to bat it down, he only guided it right into the hands of Penn State Nittany Lions sophomore linebacker Curtis Jacobs. Jacobs raced 47-yards to the end zone, completed the pick-six, and after the extra point Penn State took the lead.

Michigan was able go back ahead via a field goal before the break. The second half of this college gameday is Michigan Stadium, one of the holy sanctuaries of college football, is not bound to disappoint. Could Penn State find a way to rely on their running game and drive the dagger into the home team and crowd? Or would this high-octane Michigan offense find is feet and take things into their own hands as they continue to make a play for the college football playoff.

Well... No. The Nittany Lions would fail to capitalize on the the "tip six" as Michigan would go on to win, 41-17.