Penn State has one of the best home-field advantages in football, and the annual whiteout game is the best example. With a stadium that can hold nearly 111,000 people, it is definitely a scary sight for the opponent to see all the fans in the same color as the team. Not only do opposing teams need to beat the Nittany Lions, they need to beat the crowd.

The whiteout tradition was started in 2004 after the Nittany Lions began the year with a 2-3 record after going 3-9 the year before. The whiteout was not the only attempt made this year to get more fans involved. There was a "Code Blue" game against Michigan State where all fans were asked to wear blue. While the Code Blue tradition did not last past 2004, the whiteout is still just as big today. Of the top five most-attended games in Penn State history, three of them were whiteouts.

The game draws in more people than just fans, ESPN's College GameDay has come to four of the last five Penn State whiteouts, and six in total. With the game getting as much national attention as it does, the whole country has their eyes on Penn State football. The atmosphere that the whiteout creates has led to many incredible games and memories that Nittany Lions fans will never forget.

The 2016 Whiteout: Barkley Battles the Buckeyes 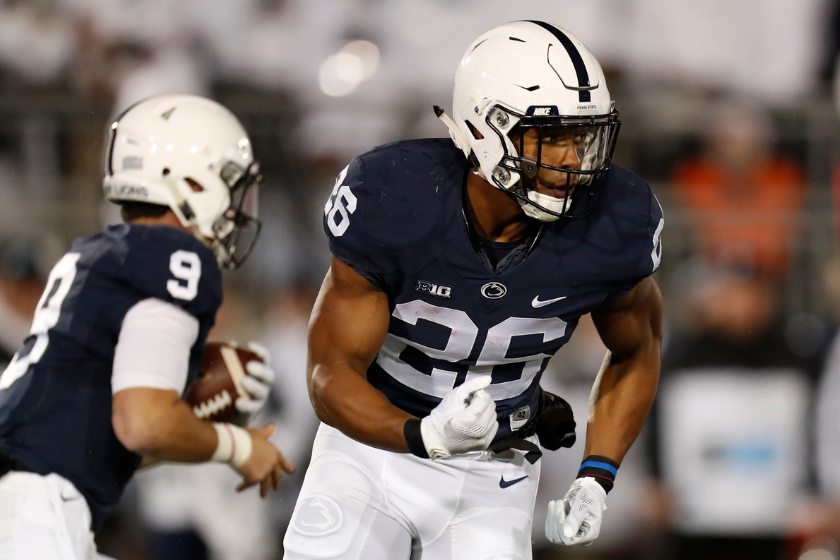 After starting the season unranked, the Nittany Lions came into their 2016 whiteout game as major underdogs against the No. 2-ranked Ohio State Buckeyes. Ohio State was being looked at as a contender for the College Football Playoff, while Penn State was wondering if they made the right choice by choosing James Franklin to be their next Head Coach. What makes the whiteout tradition so special is that no matter what happened leading up to the game, the stadium is still going to be full, which means Penn State has a chance.

Things were not going well for the Nittany Lions in the first three quarters, and they were getting dominated by what was definitely the better team. After a bad snap during a punt led to a safety, they were trailing Ohio State 21-7, and other than the white shirts in the crowd, things did not look bright. When the fourth quarter started, the momentum started to shift, and Penn State was hitting big play after big play.

Star running back Saquon Barkley got the ball rolling with a 37-yard run, and then the offense struck again on the very next play when Trace McSorley connected with Saeed Blacknall for a 35-yard completion. Within four plays the Nittany Lions cut the lead from 21-7 to 21-14, and with 13-minutes left, gave themselves a real chance to win. After a Penn State field goal, the lead was cut down to just four points, and the advantages of the whiteout were on full display.

With 4:39 left in the game, Ohio State lined up to attempt a field goal that would put them back up by a touchdown. With 110,000 fans screaming at the top of their lungs, the Penn State block unit needed to make a play, and they did. Marcus Allen, one of the best players on the whole Penn State roster that year, sprinted into the pile from his position in the back and jumped up what seemed like 50 inches off the ground. He got a hand on what was a low kick, and the ball bounced right into the hands of his defensive teammate, Grant Haley, who ran 70 yards for the scoop-and-score.

Now known as "Block Six," this play describes what the whiteout can truly do. An unranked Penn State team was able to beat the number two team in the country, and while we don't know for sure, it's pretty safe to assume that the result might have been a little bit different if that game were played in Columbus. 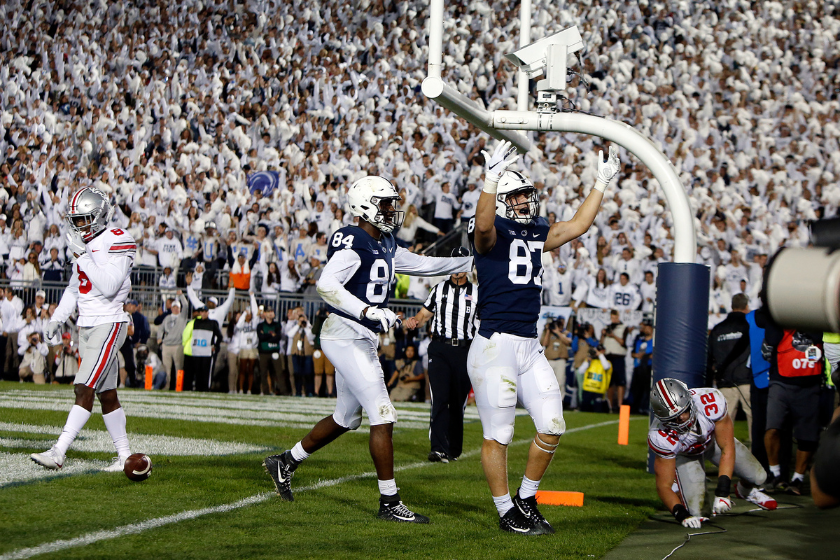 RELATED: Joey Porter Jr. is Following in His Dad's Footsteps, Destined for the NFL

Penn State started the 2018 season ranked as the tenth-best team in the country, and expectations were high for a team that had just won the Big Ten Championship in 2016. Their first real test of this season came against No. 9 Ohio State, the game that was deemed that season's whiteout. When Ohio State walked into Beaver Stadium, they saw the largest crowd in Penn State history, and nearly every single person, out of the 110,889 people in the stands, was wearing white.

The stage was set for an incredible game, and both teams were stacked with future NFL stars. Ohio State was led by future number-one overall pick Chase Young, and Penn State was led by senior quarterback Trace McSorley. The Nittany Lions looked dominant in the first half and jumped out to a 13-0 lead thanks to a 93-yard touchdown catch by K.J. Hamler. Backed up at their own seven-yard-line, quarterback Trace McSorley saw Hamler get immediate separation on his slant route from the slot position. Without much hesitation, McSorley got the ball to Hamler, who did the rest, using his incredible speed.

The Nittany Lions held the lead in this game up until the final two minutes but would go on to lose in a heartbreaking fashion. While the end of the game is something many Penn State fans probably try and forget about, the attendance record still stands and is something to be proud of.

Last year's whiteout featured a new opponent for the Nittany Lions as the Auburn Tigers came into Happy Valley. With a star quarterback in Bo Nix, no one underestimated Auburn's offense, but Penn State's defense was just better. Nix only completed 21 out of his 37 passes for 185 yards, and Penn State was able to win 28-20. This year, the whiteout game is against Minnesota, who ruined Penn State's 2019 season in their last matchup. The Golden Gophers were underdogs in that game, and are underdogs again on Saturday.

This game will be very different than the last time these two teams met. Penn State has the home-field advantage this time, and luck of the whiteout on their side as well. Coming into this game as the better team, the Nittany Lions need to show that early in the game, and they have to do it by establishing the run. If they can do this, Penn State will keep their Big Ten Championship hopes alive with a matchup against Ohio State right around the corner.