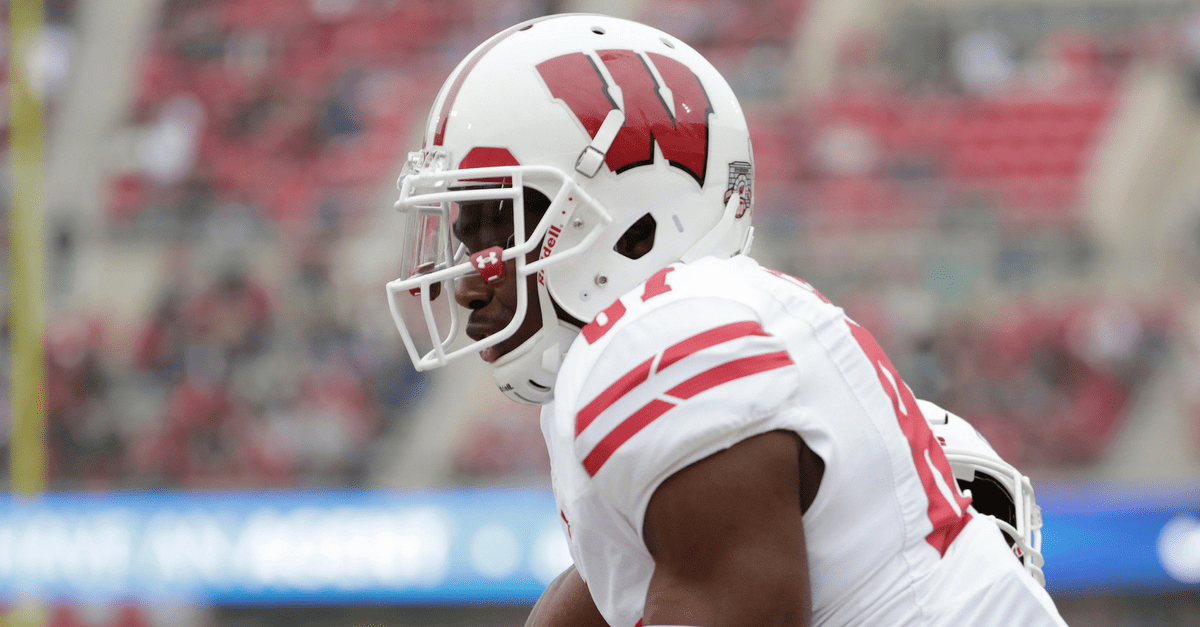 Cephus, a 20-year-old junior from Macon, Georgia, was suspended by the team shortly after he was charged with third-degree sexual assault and second-degree sex assault of an intoxicated victim. The charges were filed by the Dane County district attorney and Madison police said Cephus is accused of assaulting the two women on April 22.

Cephus said he was taking a leave of absence from the team on Saturday, posting a tweet that he believed prosecutors intended to file criminal charges against him stemming from an incident in April involving what he called a “consensual relationship.”

Cephus didn’t specify what he is accused of but denied any wrongdoing and said he has been wrongfully accused.

Madison police said they interviewed a woman at an emergency room on April 22 who said she was the victim of a sexual assault at Cephus’ apartment. Police said Cephus was cooperative after they contacted him.

Authorities said they learned early in the investigation that a second woman was also in the apartment that same day, and she said she was also the victim of sexual assault.

According to the criminal complaint, Cephus told police he did have sex with one of the women but said “It was all good. She was all into it.” Cephus also told police he and the second women had sex and that he and both women were “all in my room together.”

Cephus is due to make his first court appearance on Thursday.

“I am now forced to take a leave of absence from the team in order to focus all of my attention on clearing my name,” Cephus wrote on Twitter. “I look forward to resuming both my academic and athletic careers in the near future.”

Coach Paul Chryst last met with reporters on Saturday night . He said he spoke to Cephus before the junior released his statement but declined comment otherwise.

“Cephus is suspended from competition and practice pending the availability of further information relating to his case,” Wisconsin said in a statement.

Wisconsin’s passing game remained productive last season without Cephus with the emergence of receivers A.J. Taylor, Kendric Pryor and Danny Davis, who all return this season.

In response to whether Danny Davis will face any consequences for being named in the criminal complaint involving Quintez Cephus, UW officials say – “At this time, we don’t have anything further.” #Badgers#News3

The school said Cephus would remain on the roster and could continue to receive services from medical staff and academic support during the suspension. He also has use of the weight training room.

The Badgers debuted at No. 4 in the preseason Associated Press Top 25 poll on Monday. They open the season against Western Kentucky on Aug. 31.

READ MORE: Urban Meyer’s Fate Could Be Decided During This Private Meeting