Chip Kelly is reportedly finalizing his next contract 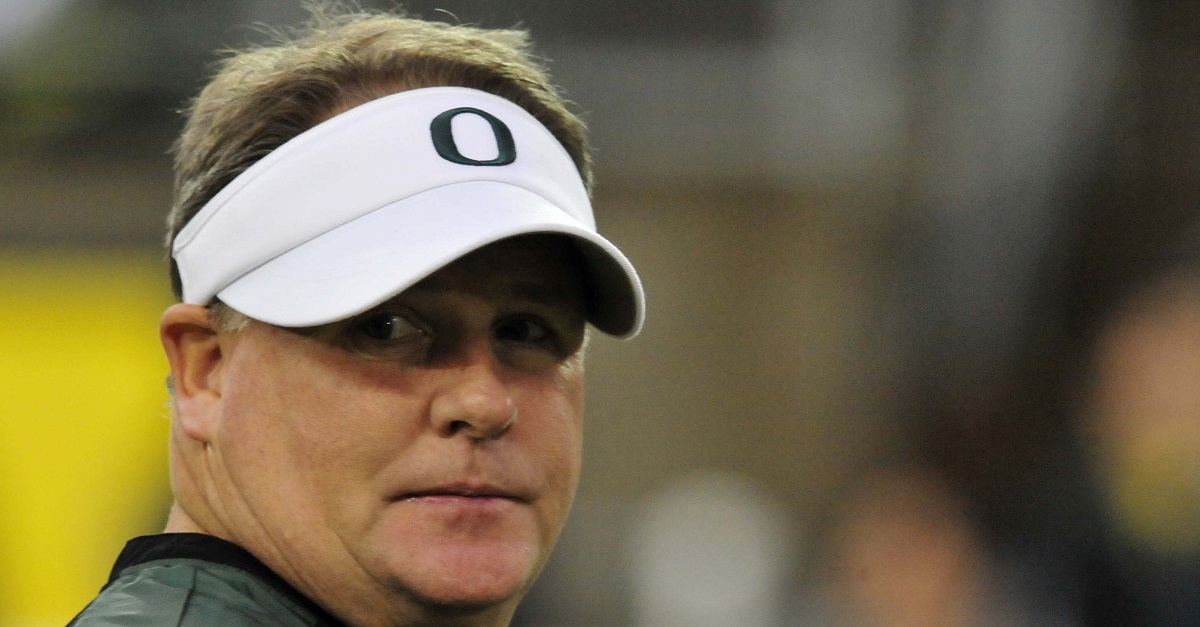 EUGENE, OR - NOVEMBER 17: Head coach Chip Kelly of the Oregon Ducks looks on as his team warms up before the game against the Stanford Cardinal at Autzen Stadium on November 17, 2012 in Eugene, Oregon. (Photo by Steve Dykes/Getty Images)

Chip Kelly is reportedly finalizing a deal to become the next head coach at UCLA.

As reported on @CollegeGameDay, Chip Kelly has confirmed to ESPN he will be hired as UCLA head coach

SOURCES: UCLA is finalizing a deal to make Chip Kelly the next coach there. An agreement is expected by the end of the weekend.

UF officials reportedly met with Kelly in New Hampshire hours after UCLA announced the termination of former head coach Jim Mora Jr. The coach was expected to weigh his options and decided between the Gators and the Bruins, according to USA Today.

At that time, Kelly had reportedly agreed to a deal with Florida which allowed him to back out for the UCLA job.

It seems like forever since Kelly was running through the college football world at Oregon but his appeal is clear and it seems UCLA has won the battle for his services.