Chip Kelly has reportedly agreed to Florida deal, but there’s one major caveat 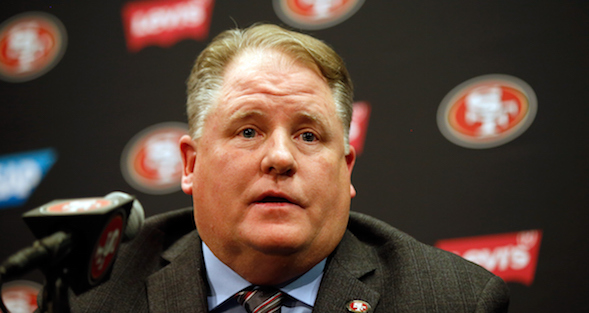 Chip Kelly has reportedly agreed to become the next head coach at Florida. That is unless he backs out, which his contract reportedly allows for:

Chip signed an agreement with Florida on Sunday. Agreement includes window for Chip to back out of deal. Hence UCLA talks.

Kelly reportedly has met with UCLA after the Bruins fired Jim Mora and he’s expected to decide between the that and the Florida job in the coming days.

Kelly recently spoke about his interest in the Florida job while on SportsCenter and didn?t really give an answer about being interested in it. He basically said that he has a lot of respect for what Urban Meyer and Steve Spurrier did there to make the Gators in national title contenders in those eras.

It seems like forever since Kelly was running through the college football world at Oregon but his appeal is clear and two potential future heavyweights in the sport now seem to be battling for his services on the sideline.