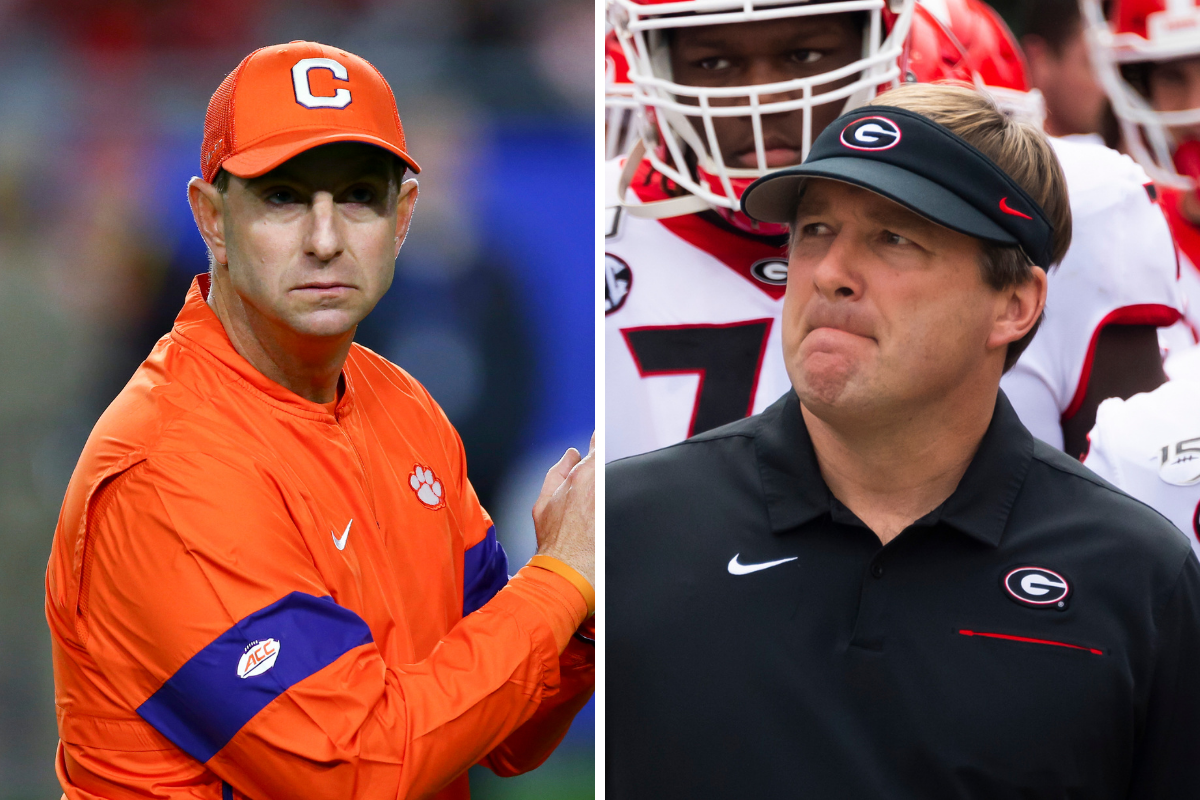 College football’s opening weekend pits the nation’s premier programs against each other in resume-boosting, College Football Playoff-shifting games right out of the gate. Florida outlasted Miami in a Week Zero matchup in 2019. The year before, it was Auburn beating Washington in the annual Chick-fil-A Kickoff Game. Heavyweights meeting early with national championship game implications is nothing new, but some games just mean more.

In 2021, two of the most storied and powerful teams in the country are set to meet. The Clemson Tigers and Georgia Bulldogs — two programs that show no signs of slowing down — will meet at Bank of America Stadium in Charlotte, North Carolina on opening weekend.

Meanwhile, the two powerhouses still have their 2024 date set at Mercedes-Benz Stadium on opening weekend. How much money will those teams make for a game of that magnitude? To put it mildly: it’s insane.

Clemson and Georgia will play in Charlotte to open up the 2021 season🏈🏈🏈 pic.twitter.com/kzW8oHdFwS

Georgia and Clemson announced in February 2020 that the two would open the 2021 college football season by playing each other in Charlotte on September 4, 2021.

The matchup will be part of a rivalry series hosted by the Charlotte Sports Foundation, which includes a neutral site game between Appalachian State and East Carolina on September 2.

Scheduling a tough opponent like Clemson gives Georgia a chance to boost its CFP resume early in the season.

“This is another great opportunity to schedule a national non-conference game with a top level opponent,” UGA head coach Kirby Smart said in a release. “Playing a regular season game in Charlotte will give our fans the opportunity for a completely new experience in a great city and top level stadium. I know our coaches and players will be excited for the challenge to kick off the season in this kind of environment.”

According to open records requests submitted to the Atlanta Journal-Constitution, both schools will make at least $5 million for that football game. For each school to make that money, they have to sell at least 28,500 tickets for the event to receive the “guaranteed payment” of either $5 million or 80 percent of ticket revenue, “whichever is greater,” according to the agreement with Peach Bowl, Inc.

Georgia and Clemson are guaranteed to receive $5 million when they meet in the Chick-fil-A Kickoff Game in Mercedes-Benz Stadium in 2024 (AJC). pic.twitter.com/JFOcKnF9XV

With a capacity of 71,000 seats inside Mercedes-Benz Stadium, and the sheer magnitude that both SEC and ACC fan bases will bring to support head coach Dabo Swinney and Kirby Smart’s programs, they’re likely to make more than the standard $5 million cut for the neutral site game to start the 2024 football season.

“To play a great opponent like the University of Georgia in a first-class venue like Mercedes-Benz Stadium will be an outstanding experience for our football team and fans. The resumption of our storied rivalry with Georgia has been a high priority for us and will continue to be a high priority moving forward.”

The University of Georgia dominates the all-time Clemson-Georgia rivalry holding a 42-18-4 advantage. That included a run of 10-consecutive wins between 1920 and 1954 that started with a 55-0 rout back in 1920.

The Bulldogs and Tigers have met only four times this century, with Mark Richt’s team winning the last matchup of a home-and-home series in 2014 on the legs of Georgia running back Todd Gurley, who ran for 198 yards and scored four times, which included an electric 100-yard kickoff return.

These teams will battle with the opportunity to bring home The Old Leather Helmet, one of the newest trophies in college football, which is given annually to the winner of the game.

Clemson football stars like Trevor Lawrence and Travis Etienne are long gone to the NFL, as are Eric Stokes, Tyson Campbell and Azeez Ojulari of Georgia. But you can guarantee that these two programs will still be operating at full-throttle come September 2021.

We’re not far from this matchup, and with postseason implications, bragging rights, and big dollars on the table, this will be can’t-miss television between two rivals.

This article was originally published January 25, 2019 but has been updated since.