We Need to Talk About College Football’s “Rape Culture” 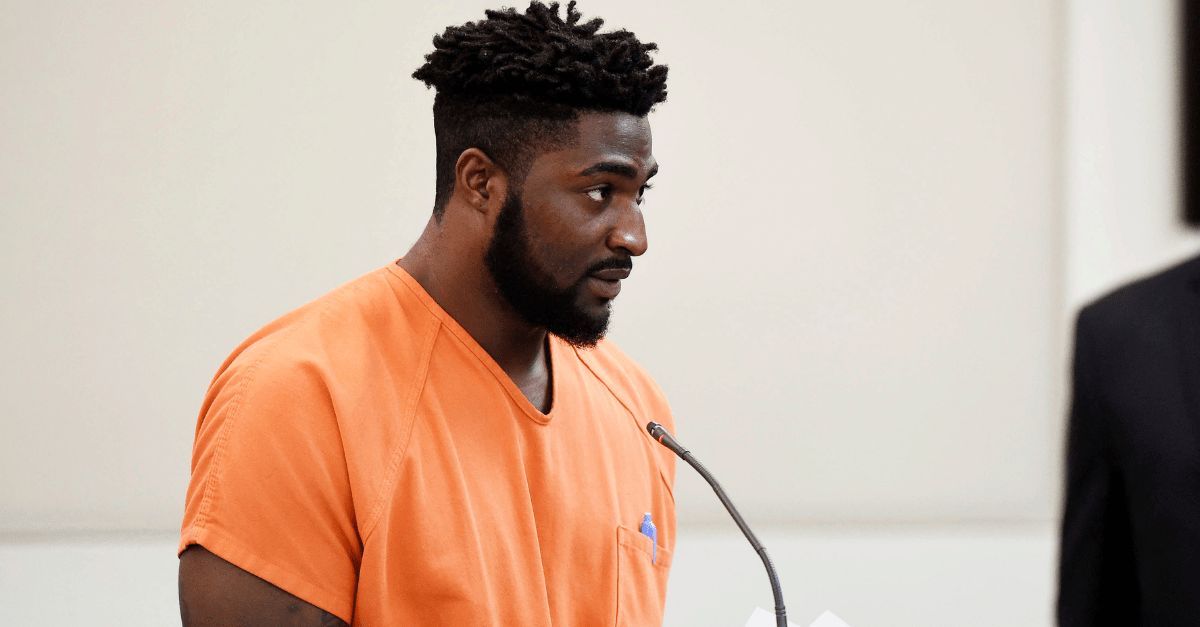 In 2002, Brian Banks was expelled from Polytechnic High School after a female classmate accused him of raping her. Banks was a star linebacker on his high school football team and had committed to play for Pete Carroll’s USC Trojans on a full athletic scholarship. Banks spent five years in prison, had to register as a sex offender, and wore an electronic bracelet after being released. Wanetta Gibson’s family sued Long Beach schools and won $1.5 million.

In May 2012, 10 years since those accusations, a Los Angeles County Superior Court judge dismissed Banks’ conviction after Gibson admitted to a private investigator that she lied and fabricated the entire story. Sadly, these stories are nothing new to high-profile male athletes. While Banks’ story was highly-publicized, rape allegations and sexual assault have become all-too-common in college athletics.

During the “Me Too” era when brave sexual assault victims are finding their voices and coming forward to confront their attackers, it’s important for every accusation to be thoroughly, and impartially, investigated. In many rape cases, the accusations are absolutely true and met with swift justice.

The list of college football players accused of raping women over the years is shocking. What follows is a microscopic view of allegations that ended in convictions in just the last decade.

2012: Baylor Bears player Tevin Elliott is found guilty of raping a women twice in one night. He was sentenced to 20 years in prison.

2013: Arizona State player Andres Garcia sentenced to 2.5 years in prison for sexual assault and burglary convictions. He must register as a sex offender the rest of his life.

2013: Vanderbilt Commodores player Corey Batey sentenced to 15 years for aggravated rape for involvement in the gang rape of an unconscious female. Batey was one of five players accused.

These are only a few of the hundreds of sexual assault cases involving student-athletes over the years. But these issues aren’t just reserved for athletes. Not even close.

According to reporting by InvestigateWest, one in five women are sexually assaulted during their college years. On top of that, 62 percent of college sexual assaults involve the presence of drugs and alcohol.

You know somebody who’s been sexually assaulted (whether they told you or not). It’s a terrifying trend that’s become normal in our society.

Colleges and universities do not have an effective system in place for reporting sexual assaults. The Title IX federal statute is an advanced form of counseling, but it fails to directly involve law enforcement when necessary. Many instances of sexual violence go unreported for a variety of reasons, but the overwhelming majority aren’t reported out of fear ? Fear for the woman’s self-identity. Fear of backlash from her accuser. Fear of rejection by the people she tells.

Prior to that conviction of Tevin Elliott, former Baylor football coach Art Briles and former athletic director Ian McCaw failed to report rape allegations against five players. Briles was fired as head coach, and McCaw, along with University President Ken Starr, resigned their positions. To them, winning football games was more important than protecting victims of abuse.

Jessica Luther’s investigative book Unsportsmanlike Conduct: College Football and the Politics of Rape details how winning on game days took precedent in many athletic departments around the country.

But during an era where women are being empowered more than ever to face their attackers, there is a disturbing trend forming where the legal system isn’t deciding which of these young men are guilty and which are not ? Public perception is.

In 2012, Temple defensive end Praise Martin-Oguike was expelled from the university after being charged with raping a female student. It wasn’t until 18 months later when it was discovered the woman admitted to her friends “she was not truthful about being raped.” Martin-Oguike was later reinstated and finished his college career with 20 sacks.

Wisconsin Badgers wide receiver Quintez Cephus was kicked off the football team and expelled from school last year after being accused of sexually assaulting two women. After standing trial, the jury dropped the charges against Cephus. It took the jury about 30 minutes to find him not guilty. Cephus is petitioning for Wisconsin to readmit him.

Former University of Memphis football player Ernest Suttles was kicked off the team and suspended from campus back in 2017 before the school even interviewed a witness. His case was dismissed, and he faces no charges. Suttles is suing, alleging the school “branded him as a rapist and cost him a possible NFL career,” according to the Associated Press.

All three of these cases in which universities jumped to conclusions involve young, black men. That’s not a coincidence, either. This is part of the society we’ve created.

The lawsuit is alleging breach of contract, denial of due process and violations of Title IX.

It’s impossible to deny the disturbing trend of rape culture on college campuses. But the reality is that young athletes are at the mercy of social media, news outlets and public perception without the facts of their cases being presented. In some cases, massive NCAA universities, from Texas to Notre Dame to Tennessee to Ohio State to Florida State and everywhere in between, elect to save their own image without properly helping the involved parties.

College football programs have a rape problem. The worst part of all is that there’s no end in sight. This is part of our culture now, many grown adults don’t give a damn, and it’s absolutely disgusting.