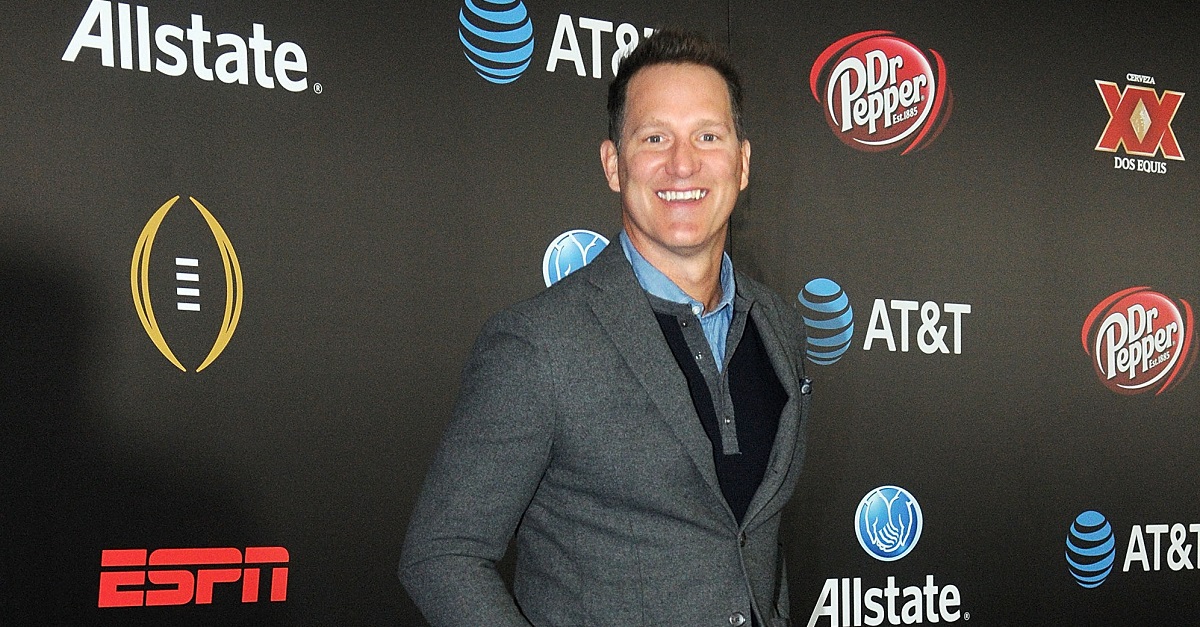 The UCF Knights are national champions! At least that is what many would like you to believe, including former ESPN personality Danny Kanell.

If you had Kanell tweeting some support of this weird celebration of the not-real national title run, then you win a prize. Although, if we’re being honest, this probably doesn’t mean as much to UCF as some of the other gestures.

I am not 100 percent sure what any of that means. What in the heck is the College Football Invitational? Did Kanell literally invent a joke “playoff” in a tweet? Or is this like college football’s version for the NIT or CBI?

Kanell, a former excellent collegiate quarterback and ho-hum NFL gunslinger, previously worked for ESPN before falling victim to one of the company’s massive layoffs. He currently does some radio work for SiriusXM.

In college, you might remember Kanell as being a very good signal-caller for the Florida State Seminoles. His connection to the state likely plays a factor in him being fully supportive of the Knights being crowned champions. That, and his long history of being anti-SEC.

Get ready for SEC overload. It will be an exceptional marketing job to take your eyes off an awful year. Losing record in bowls. Teams 4-14 were average to bad. And the best team didn’t even get a chance at title. And lost to UCF.

This is so bad for college football. Fans are really gonna see thru the farce we call “playoffs” and realize it’s a rigged system designed to benefit the elites.

It’s eerily similar to the SEC fanboys who said Texas AM/Mizzou would never hang when joining SEC. we saw how off base that was…this is the same.

There are other examples of Kanell not exactly endorsing the SEC, but you have better things to do than catch up on his Twitter.

I kid! Kanell seems like a great guy, to be honest.