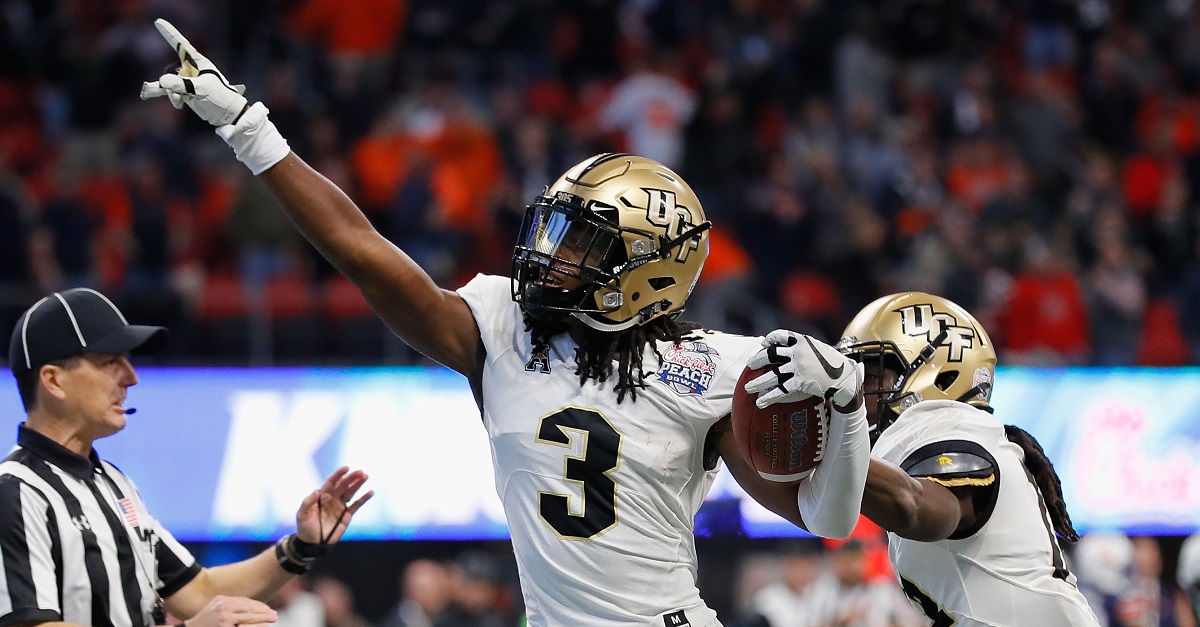 A government official in Florida is apparently not afraid to step outside his jurisdiction. Rick Scott, the governor of Florida, has decreed the UCF Knights national champions.

By order of Florida Gov. Rick Scott, UCF is the national champions (in Florida). Really. pic.twitter.com/5X7WjRCe9P

If we’re being blunt about this, Rick Scott has no power to make such national declarations. Not on politics and certainly not in sports. Not to mention that, you know, the “actual” national championship is a somewhat fictional thing anyway, as it is a mostly contrived format by NCAA university members and broadcast networks.

Anyway, this continues more than a week’s worth of the Knights being crowned national champs. Over the weekend, UCF held its own parade to celebrate its national championship, several radio shows have proclaimed the program to be the “real” winners, and so on.

None of this actually means anything. Still, it is fun.

Former UCF coach Scott Frost, who is now with the Nebraska Cornhuskers, spent Monday morning making a declaration of his own. His, however, was about adding a potential solution to the College Football Playoff’s current issues.

?I?d love to see it go to eight (teams),? he said on SportsCenter this morning. ?I think eight could include five conference champions and three at-large teams, and if one of the Group of 5 teams has a season like we had at UCF, then maybe they deserve to get in. I like any sport ? and I heard Coach Saban say this ? I like any sport where things are decided on the field and it?s not subjective, the champion isn?t decided by 12 people sitting in a board room.?

Nevertheless, at least UCF is being recognized as national champions in an official capacity, but only in the state of Florida… or something.