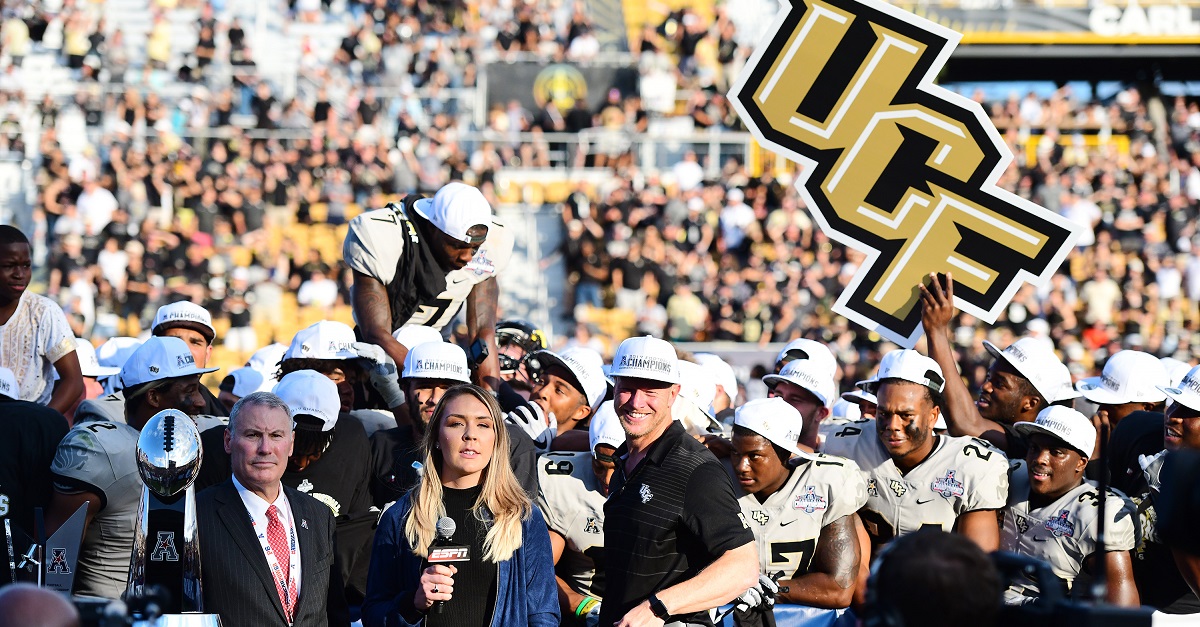 Even with the head of the College Football Playoff Committee doubling down on his stance about the UCF Knights being only the 12th best team in the country, the program isn’t going to let that deter fans from celebrating an undefeated season.

Oh, and a (fictional) national championship.

“We’re gonna have a parade to celebrate the success of our team,” White said during an ESPN Radio interview on The Dan Le Batard Show with Stugotz. “We’ll be announcing that later [Tuesday].”

White is already on the record stating that there could be multiple national champions each season:

“We’ve got a really mature group of young men who played 13 games and won them all. I think they deserve to be considered national champions,” White said. “We’re really proud of them.

“Hopefully, in the coming days, a lot more people will become believers as well. We feel like we’re deserving of a national championship. By our research, there’s been 36 different years where there have been multiple champions crowned in college football. There’s been years where there were three or four champions crowned. … There’s going to be a CFP champion, but that doesn’t mean that we’re not a national champion.”

While this isn’t the national championship parade that Scott Frost, players and fans were likely hoping to have, it would at least be a nice way to recognize the historically great season the Knights had.