As a Pro and College Football Hall of Famer who won two Super Bowls and also played Major League Baseball -- once suiting up for a World Series game after playing an NFL game that day -- Deion Sanders is unquestionably the most famous athlete from Fort Myers, Florida.

But he's not the all-time hottest recruit from his alma mater, North Fort Myers High School.

That honor goes to scintillating halfback Noel Devine, who enjoyed a stellar stint at West Virginia. Devine was a three-year starter (2007-10) and set the program record for all-purpose yards (5,761 yards). Looking for similar fruit from the same tree, West Virginia offered a scholarship to Andre Devine, a junior scatback who wears his father Noel's No. 7 at North Fort Myers.

Last fall, Noel Devine entered WVU's Hall of Fame as the school's third-leading rusher and the Big East's fourth-best career rusher. Although an NFL career never panned out, Devine's status is legendary in football-crazed Southwest Florida. The Fort Myers area has produced several first-round picks besides Sanders (1989) -- including Edgerrin James and Jevon Kearse (1999), Phillip Buchanon (2002) and Sammy Watkins (2014) -- but Devine's reputation compares favorably with any of them.

His youth highlights made him an Internet sensation long before YouTube went viral. Unlike Sanders, whose 1989 recruitment was fairly straightforward, Devine was a five-star recruit that every school sought and believed they had a chance to sign. All eyes were on him in July 2005 as he prepared for his junior year at NFM.

So, imagine the reaction when someone called 911 to report a shocking crime: "Deion Sanders is kidnapping Noel Devine!" 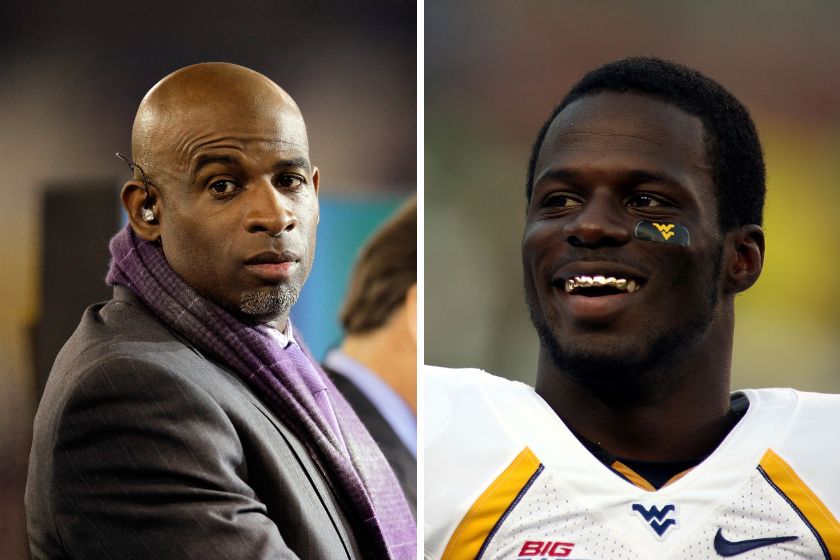 RELATED: Deion Sanders' Two Divorces Led Him to a Woman Worth a Fortune

Since leaving his hometown, Sanders has made a name for himself in sports, as a broadcaster and in TV commercials. He made locals proud as the winner of the Jim Thorpe Award and as a three-time All-America cornerback at Florida State. His current pursuit is no different. Wild success as Jackson State's coach (12-0 this season, 26-5 overall) has drawn national attention and placed him among the sport's hottest names, just three years into his latest career, and he landed the gig at Colorado.

But this isn't his first foray into working with young players. "Prior to leading Jackson State, Sanders has been coaching for over a decade," reads his bio on JSU's website. That experience includes offensive coordinator at Trinity Christian School in Cedar Hill, Texas, with three consecutive state titles and a 42-3 record. It also includes coaching in the annual Under Armour All-America Game and serving as an HBCU legacy coach for the NFL Pro Bowl.

Before that, back in the summer of 2005, Sanders was preparing for his 14th and final NFL season. He was suiting up for the Baltimore Ravens, the team he joined after a three-year retirement. Naturally, he was aware of the phenom at his former high school, the tailback sending shockwaves through recruiting circles.

Little did Sanders know that Devine would shortly become like a son, and they would co-star in one of the sport's most bizarre stories. 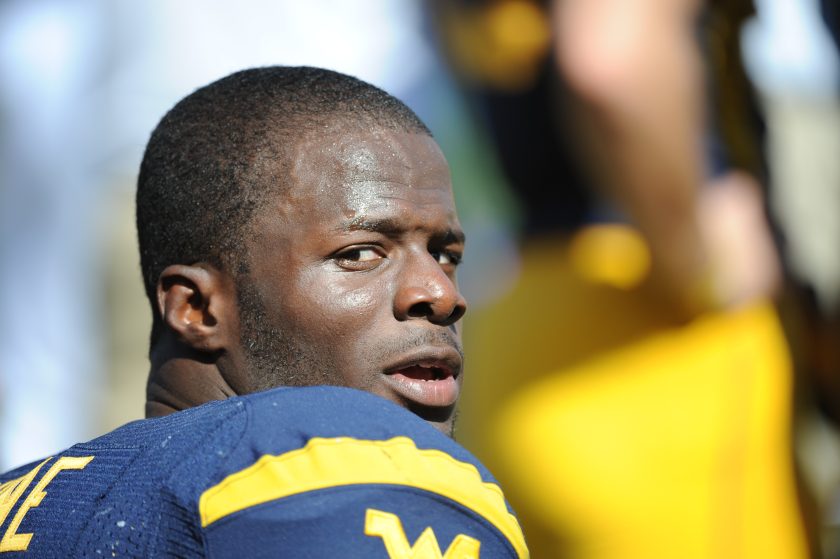 Devine made the varsity team as a freshman and raced for an 82-yard touchdown on his first carry, validating the incredible hype surrounding his high school debut. Locals had never seen anyone like the 5-foot-7, 175-pound speedster, who had posted video game statistics as a Pop Warner star with the Cape Coral Dolphins. He combined speed and surprising strength with vision and uncanny balance. His ability to cut without decelerating -- going even faster -- resulted in habitual jaw-dropping runs.

But avoiding would-be tacklers was easier than avoiding poor choices in deeds and companions, readily available in Devine's neighborhood.

Life was rough from the outset, and prospects for trouble were never far. His father died when he was an infant, and his mother died when he was 11. During his sophomore year of high school, Devine saw a best friend shot to death. Being raised by his maternal grandmother, Lee Bertha Thomas, Devine chafed under her demands for discipline and accountability. He rebelled and essentially moved in with the white family of a childhood friend.

He enjoyed a less-restrictive environment with the Harlows, but his grades slipped and he ran with suspect company. He also impregnated two girls within seven months. That's when a school administrator reached out to Sanders, hoping the famous alum could be a mentor and keep Devine from blowing his potential.

At the time, Sanders and his wife were raising five children in a suburban Dallas mansion. He was willing to adopt Devine and provide a fresh start. After meeting with the player, the two mothers and Thomas, the matter was settled. Devine would leave Fort Myers and enroll at Prosper (Texas) High School under Sanders' guardianship.

It sounded like a win-win situation. Devine, Sanders and Thomas were together and discussing everything on July 28, 2005, with the planned move set for the next day, a Friday. Everything was fine until the police swarmed Thomas' home.

No Abduction But a Reversal 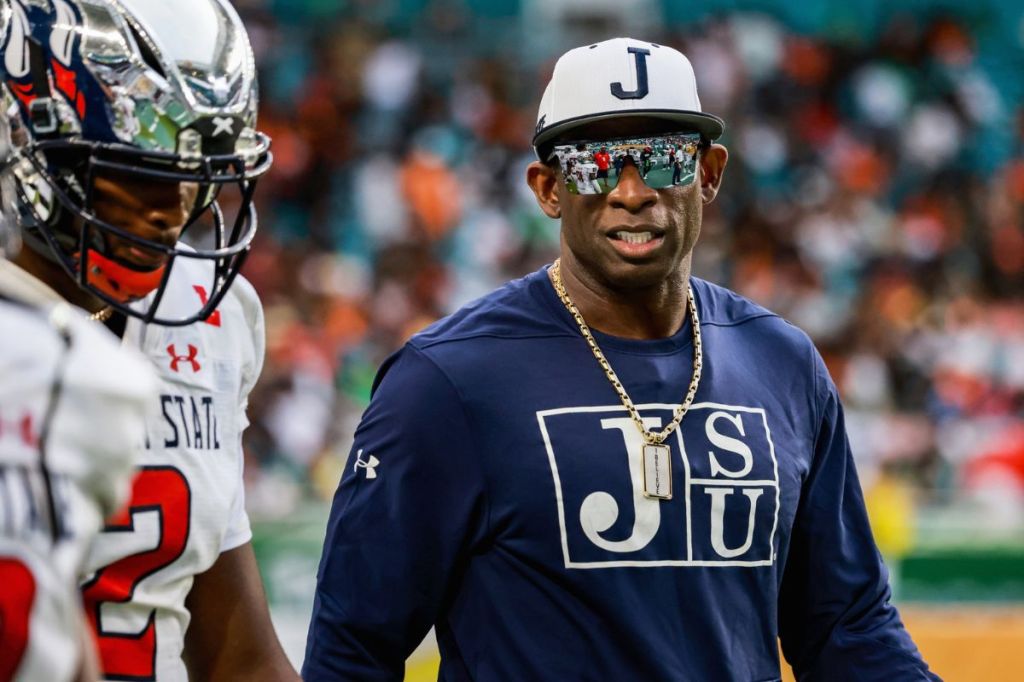 The officers said someone had called 911.

"I am calling for the possible abduction slash kidnapping of one Noel Devine," a man told the emergency operator on a tape of the phone call. "The person who is kidnapping -- and this is not a joke -- is Deion Sanders, the one and only famous Deion Sanders."

Greg Goff, Devine's cousin who retrieved packed belongings from the Harlows' home that day, said he later received a threatening call from Robert Shaffner -- a friend of Devine's and the Harlows. Shaffner is the person who called 911.

"(Shaffner) said there's a warrant out for my arrest and Deion's arrest," Goff said. "He told me police were at the Baltimore airport and Dallas airport, waiting on Deion. He said Noel didn't want to go with Deion." After speaking with Thomas and Devine, officers realized the report was false. Thomas accused the Harlows of "looking for a meal ticket" in resisting Devine's relocation.

Devine spent one day in Texas before leaving with Sanders for the Ravens' training camp in Maryland. Sanders said his Baltimore teammates took to Devine right away. He helped out at practice and received individual attention after workouts from Sanders and Baltimore coaches.

He told reporters that Sanders was like a dad to him. "Deion will help me get into college," Devine told The (Fort Myers, Fla.) News-Press. "He knows things that I don't know. He's going to get me some extra help."

"He was one of the best kids you'd ever want to meet," Sanders said of Devine's experience at Ravens camp. "I was proud to call him my son. He and my 11-year-old son were like two amigos, getting ready for their seasons. He was a great kid."

Devine returned to Texas and spent time with his new teammates at Prosper High. "Some of the kids went out to eat and lifted weights together," then-Prosper coach John Pease said. "They all went by a coach's house and even a father of one of my players said Noel was ready to get started and put the pads on and was ready to go. My quarterback told me the same story."

But the story changed suddenly and without warning. 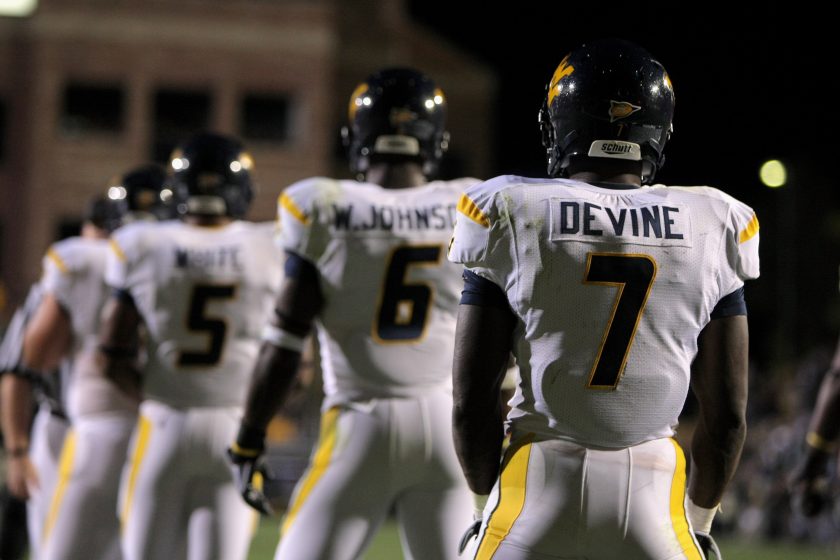 Devine was a no-show on Monday, Aug. 8. Hours before his first practice with Prosper, he took one of Sanders' vehicles and drove to Dallas/Fort Worth International Airport. He left the keys in the SUV, picked up a prepaid ticket, and boarded a flight to Fort Myers.

"We were really in a state of shock," Sanders said. "We couldn't believe it. I wish we saw a sign but there was nothing. He was wonderful. Now I understand what his grandma was going through for years. Some people don't want to be helped."

Sanders called Thomas that night and informed her that Devine had flown back. She went to the Harlows' home and found Devine there. "He said he didn't want to go," Thomas said. "He should've made it known. He had a choice. He didn't give it a good chance."

Devine gave up the posh lifestyle for a simple reason. "I'm sure some people thought I was really stupid," he told the South Florida Sun-Sentinel. "But I missed home. Maybe I could've done it for one year, but it was going to be two years. I have friends and family (in Fort Myers). And I missed my little girl. I want my kids to know who I am."

Everyone at home knows his identity. Devine is Lee County's all-time leading rusher with 6,846 yards. He finished his high school career as a U.S. Army All-American with 2,148 rushing yards and 31 touchdowns, making him the nation's fifth-best prospect according to ESPN. At West Virginia, Devine was a unanimous All-Big East selection in 2009. He joined the Philadelphia Eagles as an undrafted free agent in 2011 but left camp after three days for personal reasons. His resume includes three seasons in the CFL. 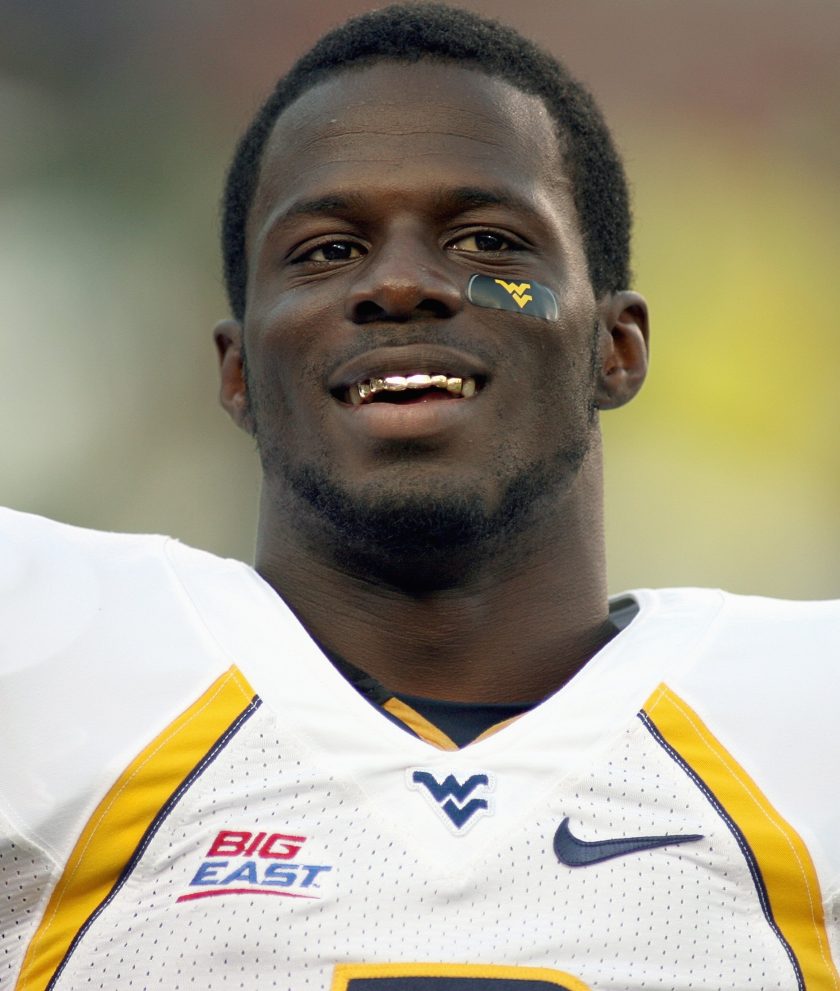 Devine returned to WVU in 2016 and attained his degree in 2019. He currently runs DevineSpeed LLC, training athletes from various sports. He also works as an assistant football coach and a substitute teacher at North Fort Myers High, while raising his five children with his high school sweetheart. No NFL memories, but building a good life at home.

"I feel like I made my mark here in Southwest Florida," Devine told The News-Press after his induction into the WVU Hall of Fame. "I want to inspire the next generation to live their best and try their best."

Sounds a lot like the famous North alum who nearly adopted him but was accused of kidnapping him.