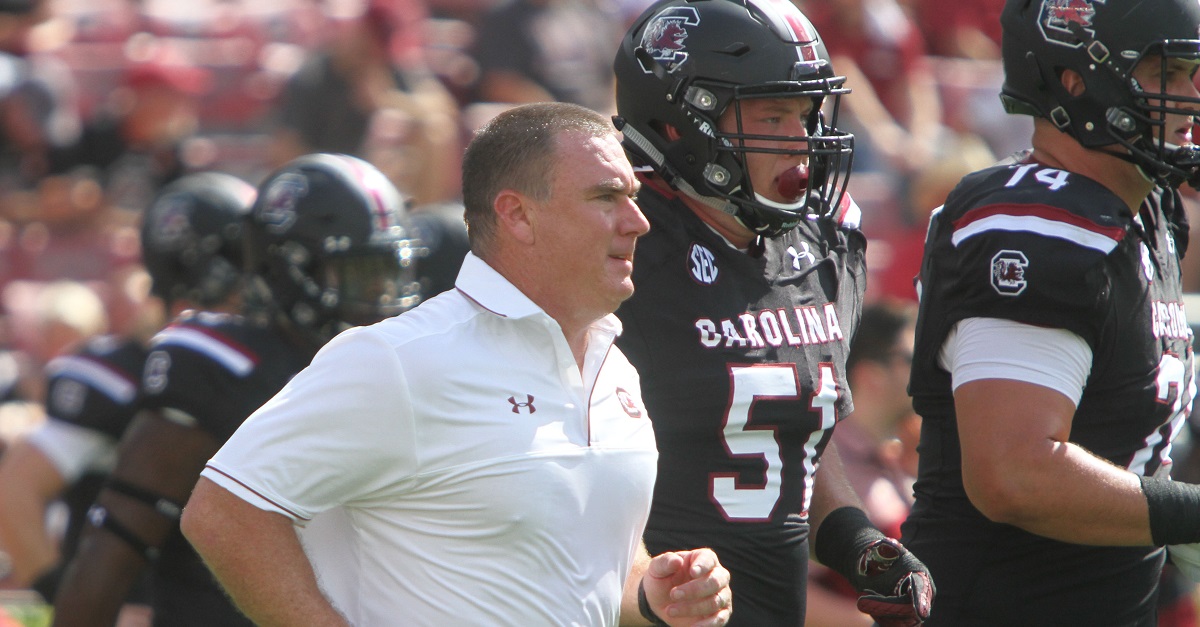 Mary Ann Chastain/ Getty Images
COLUMBIA,SC - SEPTEMBER 17: Offensive Line coach Shawn Elliott of the South Carolina Gamecocks looks on as the team warms up before the start of their football game against the East Carolina Pirates at Williams-Brice Stadium on September 17, 2016 in Columbia, South Carolina. (Photo by Mary Ann Chastain/ Getty Images)

This is a pretty big hire for the Georgia State Panthers.

Elliott was named the South Carolina interim coach last season with Steve Spurrier suddenly retired. The Gamecocks went 1-5 under Elliott, which totaled to a 3-9 record for the 2015 season. Elliott went back to coaching the offensive line this season under new head coach Will Muschamp.

Georgia State fired head coach Trent Miles after a loss in Week 11 of the season dropped them to a 2-8 record. Elliott will be Georgia State’s third coach in the football program’s eight-year history.