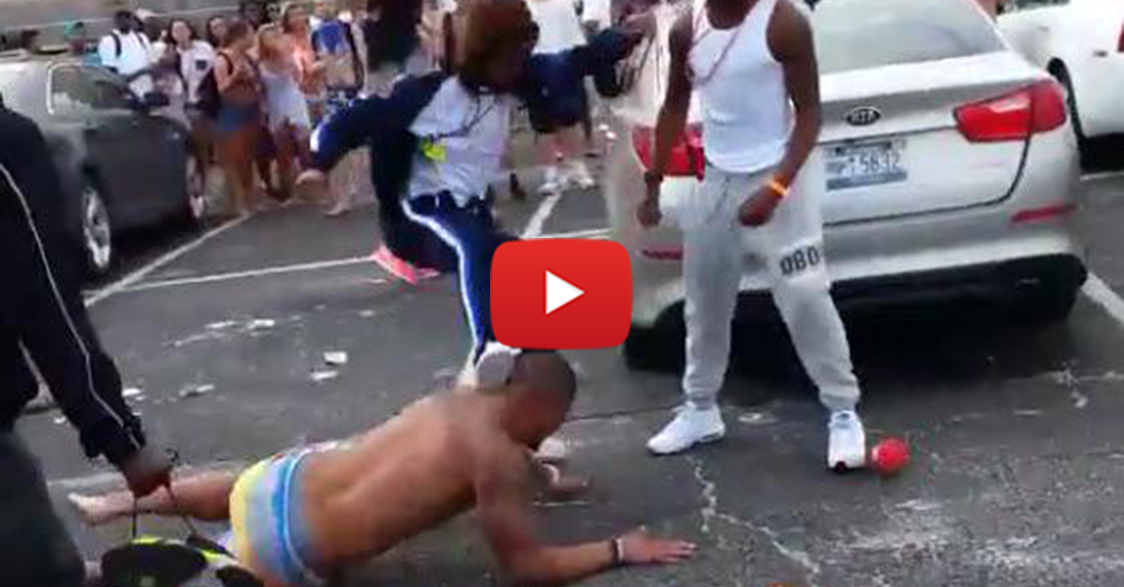 Back in 2015, New York Jets quarterback Geno Smith received a lot of press for getting sucker punched by a former teammate. As bad as that was, this was brutal.

You can hear a glass bottle break — presumably over Prescott’s head — and then you can see Prescott get kicked in the head before trying to stumble away.

The next three posts, courtesy of @dominics on Twitter, which are lower quality, show the majority of the incident, including how it began.

These photos show the damage done to Prescott, who was not planning on pressing charges, and the police had made no arrests in the alleged assault.

Panama City Beach PD spokesman tells me that no arrest has been made in the alleged assault against MSU quarterback Dak Prescott, 2 others.

Initial reports were that all three are fine, but Prescott looks like he’s got some nasty cuts and, with all that stumbling, appeared to have sustained a head injury.

Later, Prescott went on Twitter to assure fans he was okay.

Thanks for all the Concerns and Prayers! I'm okay and ready to get back to Starkville. Ignorance happens! Be safe on Spring Break!

The group that jumped Prescott and his teammates took to Twitter to brag about the fight, including posting a picture (which was later deleted).