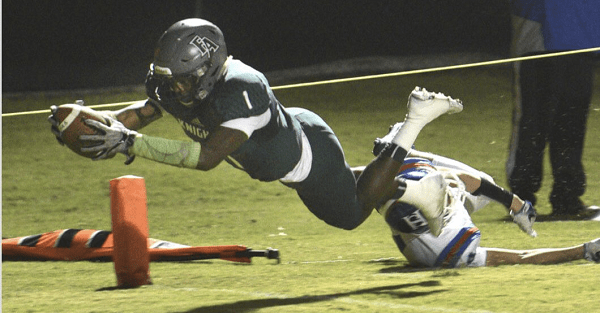 Four-star receiver Jashawn Sheffield said back in April of 2017 that Florida State had taken the lead in his recruitment. However, that was before the coaching changes and the hiring of Willie Taggart. It would appear now that there are four schools standing out to him.

He told 247Sports? Keith Niebuhr on vsporto?s SEC Recruiting Buzz podcast that Tennessee is one of four schools currently standing out to him, along with Florida State, Georgia and South Carolina.

The 6-foot-1, 178-pound receiver out of Georgia is ranked as the No. 19 recruit at his position and No. 12 recruit in the state according to the 247Sports Composite rankings. He also has offers from Clemson, Auburn, Ohio State, Alabama, Florida and LSU among others.