Kayvon Thibodeaux is about win the NFL's annual Underwear Olympics.

That might be enough to vault the Oregon defensive end -- and the most divisive prospect in this year's NFL Draft class -- to the No. 1 overall pick in the opinion of one longtime NFL scout.

"I'm telling you right now, he's going to dominate the (NFL Scouting) Combine if he works out," the scout said of the star Oregon Ducks defensive end who declared for the draft after his junior season. The drills for the combine start Thursday and run through Sunday inside Indianapolis' Lucas Oil Stadium. NFL Network will air coverage each day. 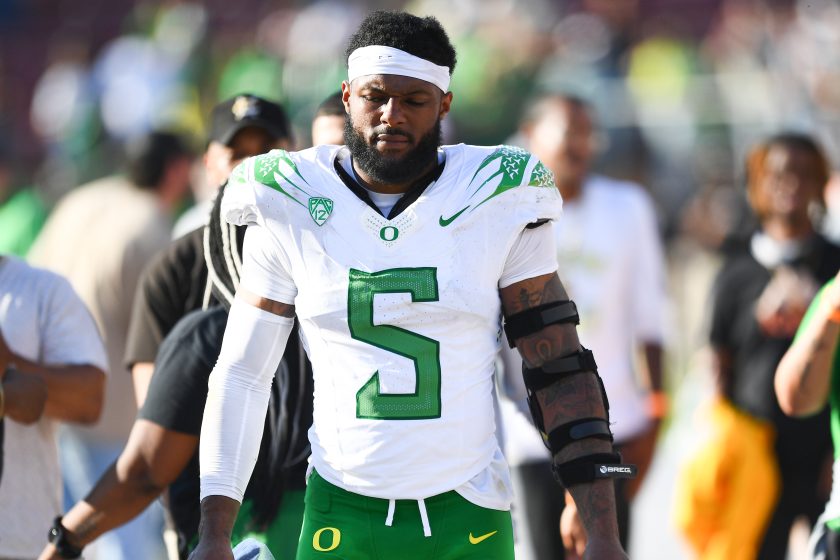 Whether Thibodeaux runs and works out at the combine remains to be seen. He could wait until his Pro Day. Either way, the scout expects Thibodeaux to make a huge impression.

The "tape" (or whatever term you want to use now) of Thibodeaux playing as a junior tells a very different story to many scouts. For most of his junior season, Thibodeaux was simply absent from the picture.

"Honestly, there were times you'd look and think, maybe fourth or fifth rounder," the scout said. "He'd flash some ability for a play, then just disappear. Half the time he was either pulling himself out of games on third-and-5 or third-and-6 in the fourth quarter or he was throwing his hands in the air to get a holding call from the ref."

"I think that's a little bit of a knock on Thibodeaux, is there's times where the effort kind of comes and goes a little bit," Jeremiah said. During Thibodeaux's three years at Oregon, he had a total of 19 sacks, including nine as a freshman, three as a sophomore and seven as a junior.

Those are good numbers, but hardly dominant. At the same time, the NFL has a fascination with measurable talent and body type that rivals any beauty pageant. When coaches or scouts see fast 40-yard dash times or great quickness on agility drills to go with the right size and speed, there's no limit to the infatuation that will develop.

Whether it was defensive lineman like Jadeveon Clowney, running back Chris Johnson, linebacker Mike Mamula or quarterback JaMarcus Russell, guys who look the part tend to rocket up draft boards this time of year. Some end up being average players like Clowney, stars like Johnson or even busts like Mamula and Russell. However, there are many coaches who believe they have the ability to coax performance out of talented people.

On top of that, the other defensive end who actually performed better and more consistently this season -- Michigan defensive end Aidan Hutchinson -- is not going to win any beauty contests.

"Hutchinson is not going to look the part like Thibodeaux. Hutchinson looks like a normal guy, but he plays hard all the time and he does all the technical stuff," the scout said. 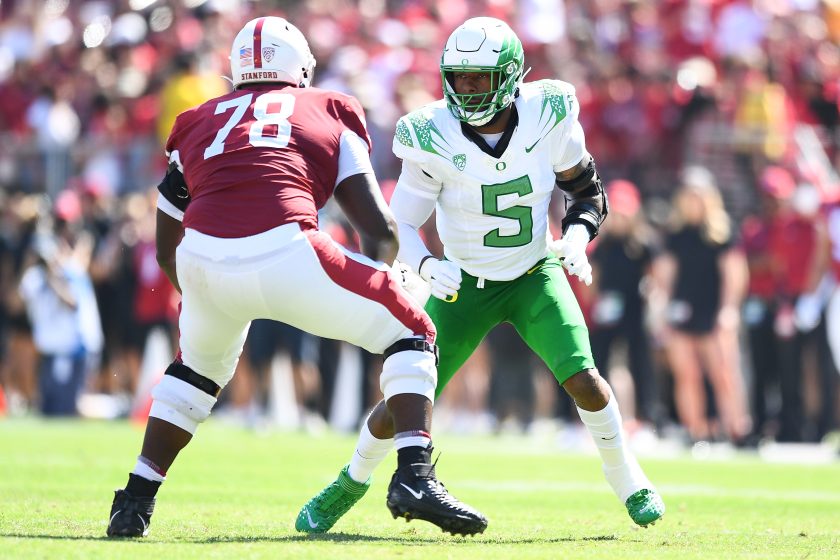 So, what has been the problem for Thibodeaux this season? He was named the Pac-12 Freshman of the Year and then earned all-conference and All-America honors each of the past two seasons.

"He played his way into the top of the draft as a freshman and then the agents and marketing people got to him and he has been coasting to get to the NFL," the scout said.

Before the 2021 season, Thibodeaux, Nike CEO (and Oregon booster) Phil Knight and shoe designer Tinker Hatfield struck a deal to design non-fungible token (NFT) artwork. Thibodeaux also started a cryptocurrency in the Fall. On top of that, he already has a foundation.

"He's all over the place, except on the field," the scout said. At the same time, the size and talent are there to make NFL types salivate. Despite many draft analysts dropping Thibodeaux so close to the No. 10 spot recently, the scout expects that to reverse, perhaps as early as this week if he works out.

"I'm just telling you that it's going to happen. Thibodeaux is going up the board again," the scout said.