Another college football coach has officially been let go 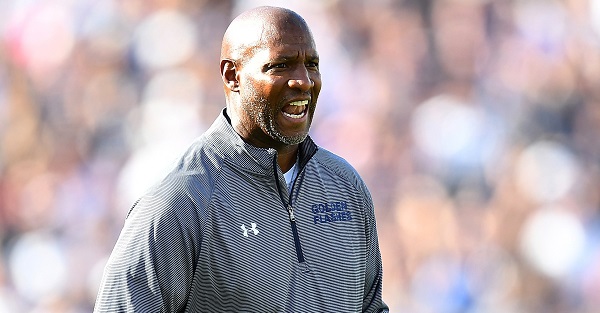 Several college coaches have been let go in recent weeks, and it looks like we can add another one to that list.

Kent State announced on Wednesday that coach Paul Haynes had been relieved of his duties and that the school would begin their search for a new head coach immediately. From Kent State’s full release:

“Making a coaching change is never easy,” stated Nielsen. “As an alum, Paul gave his all for this university and to Golden Flashes football, and moved the program forward in many ways. We thank Paul and his family for their service and commitment to Kent State student-athletes.”

Haynes recently completed his fifth season as head coach, inheriting the program following Darrell Hazell’s exit in December 2012. He finishes his tenure with an overall record of 14-45, 9-30 in Mid-American Conference play.

A national search for a new head coach will begin immediately.

The move comes after Kent State lost their final regular season game on Tuesday, falling 24-14 at Akron. The loss dropped the Golden Flashes to a 2-10 record on the season.

Kent State has had a losing season in every year under Haynes’ tenure. Haynes was hired after former head coach Darrell Hazell jumped to Purdue after an 11-3 season with Kent State in 2012.