Dismissed Notre Dame WR to be held in jail after arrest 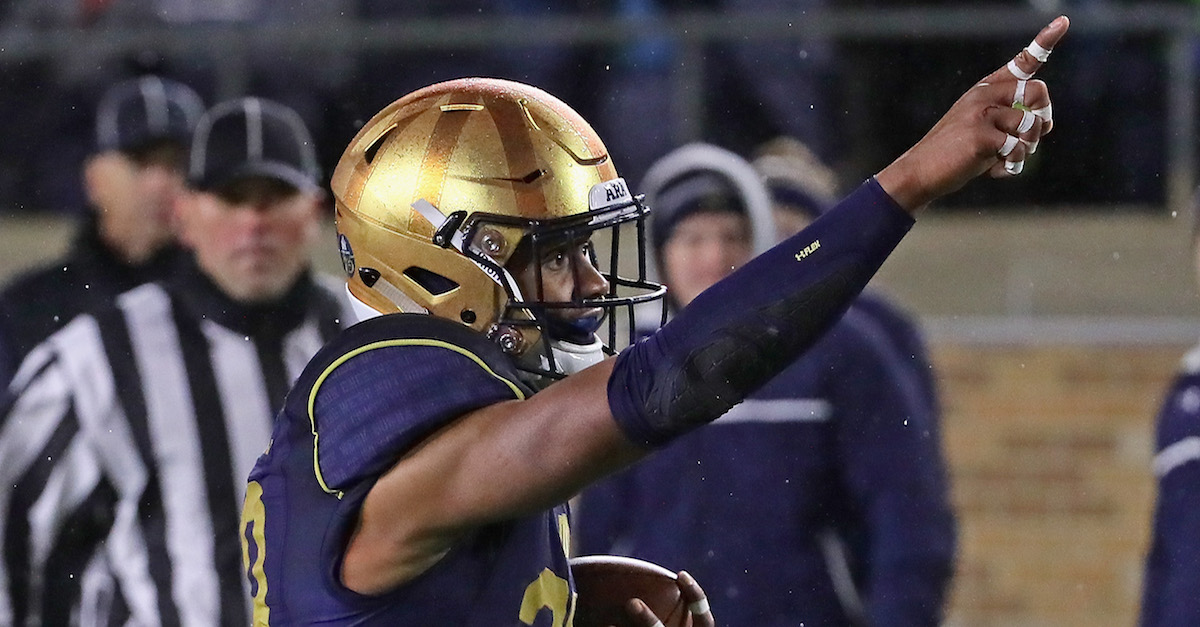 Former Notre Dame wide receiver Kevin Stepherson will reportedly remain in jail after he was arrested when arriving for a violation of probation hearing on Tuesday, according to the South Bend Tribune.

He will remain in jail until his next hearing on February 6 as he is not allowed to post bond while he awaits his next hearing. Since enrolling at Notre Dame, the former three-star recruit from Florida has been arrested a total of four times.

Stepherson was first arrested in August after he and three other teammates were pulled over. He was charged with possession of marijuana and accepted a plea agreement to have the charges dropped if he remained out of trouble for one year.

Stepherson was third on the team in receiving in 2017 as he caught 19 passes for 359 yards and five touchdowns.