Lee Corso reached under the desk and pulled out a Brutus Buckeye mascot head on October 5, 1996, marking the first -- and certainly not the last -- time he'd do so. Kirk Herbstreit and Chris Fowler couldn't stop laughing.

It's those type of knee-slapping antics that made ESPN's "College GameDay" appointment TV on Saturdays in the Fall in the 26 years since. The beloved Corso, who joined the show in 1987 and has made  the catchphrase "not so fast, my friend!" his own, has changed quite a bit over the years.

The former coach and player recently turned 87 before the 2022 season, and fans took notice during the first episode of "College GameDay" that Corso's speech was a bit slurred. But any avid fan knows Corso suffered a stroke in 2009 and hasn't been the same since.

How Lee Corso's Stroke in 2009 Changed Him 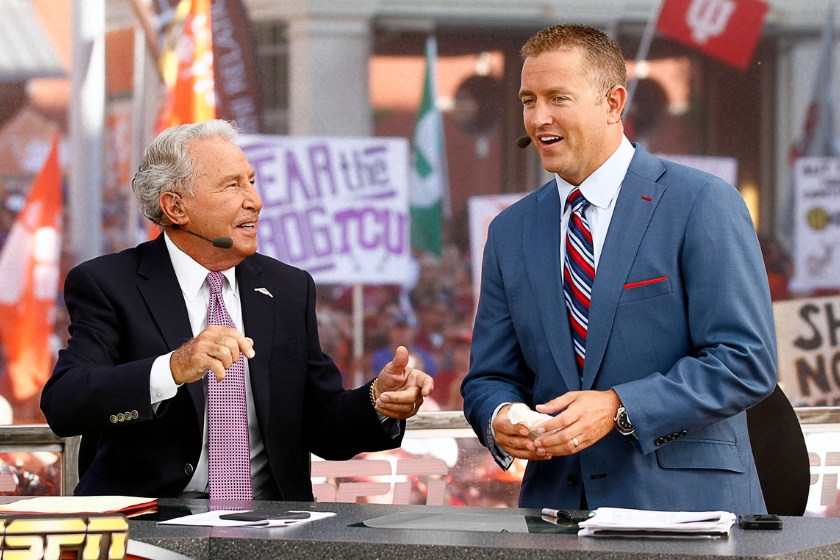 The then-74-year-old woke up one morning in May 2009 feeling off. His wife, Betsy, was used to him retrieving the morning newspaper. He did so, but he didn't read it. He was staring out into the backyard of their Central Florida home. She knew something was wrong.

"I came out and I said something and he turned around and looked at me and his mouth," Betsy told The Palm Beach Post. "I was in shock. I could hardly believe it. But I knew."

Though this was a different Corso. The stroke took away something that he hasn't gained back.

"The one thing I was really good at was being spontaneous. I was quick-witted," Corso told the Gainesville Sun last year. "I lost that with my stroke."

These days, the 87-year-old legend has to take extra steps to make sure he's ready for each show. He scripts and rehearses everything he says. He'll even distance himself from the mayhem of the fans during the show, opting to rest up in a quiet bus before he makes his appearance.

Hey, whatever it takes to keep Corso as sharp as possible. Still, there's been a noticeable decline in Corso's speaking abilities as he makes his way through his 36th season on "College GameDay." 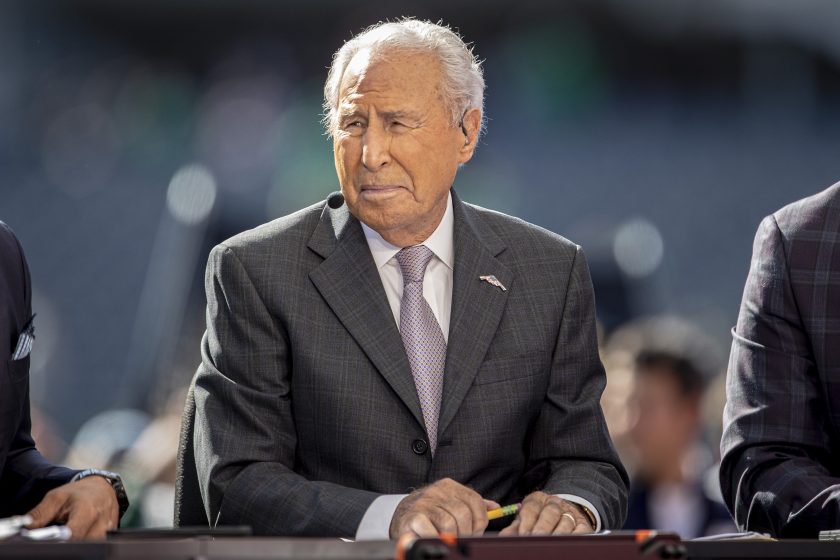 If you've watched the show religiously like so many fans, you've likely noticed that Kirk Herbstreit, who is like a son to Corso, always sits next to Corso to help him out. Whether it's a hand on his back or arm or helping finish his sentences, it's a really sweet part of the show.

When Corso took to the desk to discuss this year's SEC Championship Game, he struggled to get the right words out of his mouth. It was almost as if his brain knew what he wanted to say, but his mouth couldn't quite keep up. Here's a clip:

Man, this is really depressing to watch. pic.twitter.com/eGCORL0kF2

Here's the thing: I don't see a guy to feel sorry for. I see a guy who is courageous knowing his speech may not be the best in the world but not giving a damn.

Corso helped make the show, and for some fans to call for his retirement because of moment like this...well, it feels disrespectful. Lee Corso should and will leave on his own terms. He may never leave, and you know what? He deserves that. The only thing that may stop him is if his health declines so much that he physically can't do the show.

"I want to last as long as Amos Alonzo Stagg did," Corso said about a coach who retired at 98. And whether he thinks that's possible...

So relax the next time you're watching Corso struggle a bit. Instead, try to understand his story. The fact that he's still donning mascot heads is a marvel in itself. And for the detractors who think Lee Corso is going anywhere anytime soon...