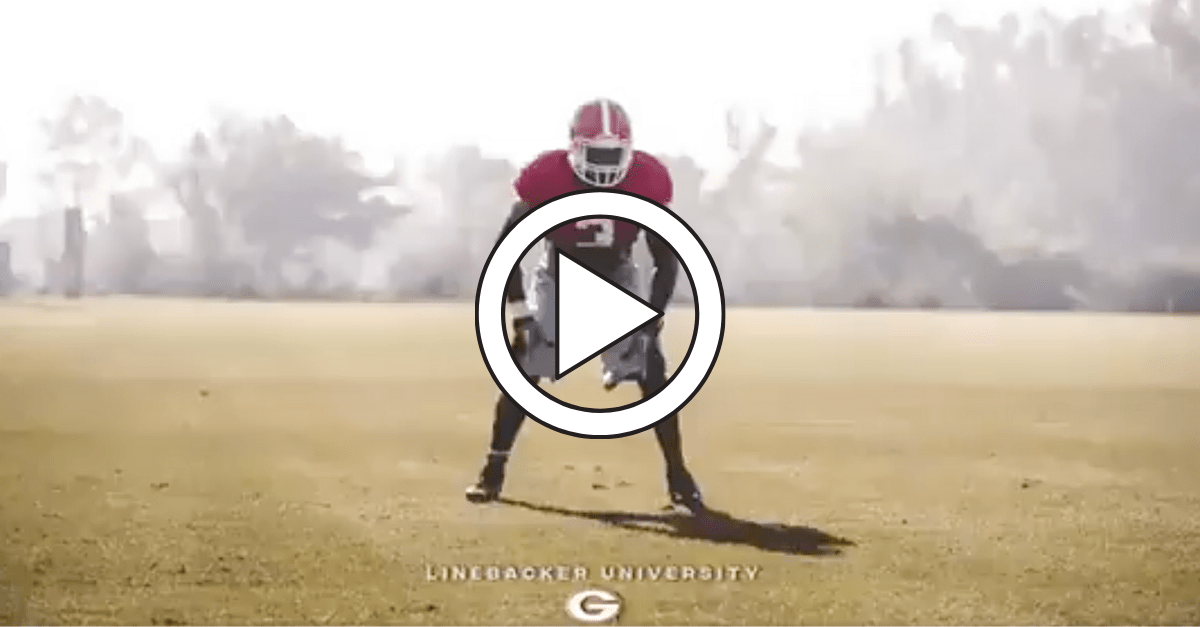 We often neglect to acknowledge (because billion-dollar institutions would rather we just forget) that college athletic programs are by-products of larger universities whose main goal is educating future leaders. When the University of Southern California isn’t contending for Pac-12 Championships and giving us all-time talent on the gridiron, USC boasts one of the top performing arts programs in the country.

Specializing in certain fields of study give schools the upper-hand when it comes to recruiting the best and brightest young minds. That same strategy is used on the college football field, only these “fields of study” help maintain legacies at various position groups for years at a time.

The title of “Defensive Back University,” also known as “DBU,” gets debated every fall. (Here’s why it is really LSU.)

When it comes to “Linebacker U,” the University of Georgia Bulldogs own stock in that title more than most schools in recent years, and some of the best linebackers and coaches from the football program made their case loud and clear on social media.

Several Dawgs, led by Roquan Smith, a 2018 first-round NFL Draft pick and 2017 Butkus Award winner as the nation’s best linebacker, shared a video on Twitter citing reasons why the University of Georgia is the real “LBU.”

Odes to past standouts like Smith and Los Angeles Rams linebacker Natrez Patrick, plus shoutouts to the next wave of inside linebackers currently on UGA’s roster like Nakobe Dean, Monty Rice and Quay Walker, bring to light the real engineer of Georgia’s linebacker train: Glenn Schumann.

Coach Schumann came to the University of Georgia in 2016 after serving as Director of Player Development with SEC rival Alabama for two years. (He spent eight seasons in Tuscaloosa, also working as a graduate assistant and analyst.) Now the co-defensive coordinator and inside linebackers coach under Kirby Smart, Schumann is making his case to eventually become a head coach in major college football. UGA’s defense annually ranks near the top of the nation in numerous categories, spearheaded by their speed and depth at the linebacker position.

UGA ILBs view Glenn Schumann as a ‘guru.' Now about that sweatshirt he wears to practice…https://t.co/pIErBwY47D pic.twitter.com/32382cTysP

RELATED: LSU Holds the Title “Wide Receiver U” and The Facts are Obvious

While the list of run-stuffing linebackers and pass-rush specialists hailing from Georgia is long, this run didn’t start under Schumann’s reign.

Justin Houston, Thomas Davis, and Mo Lewis are just a few Georgia linebackers who starred in the NFL for years, racking up multiple Pro Bowls and All-Pro selections in the process.

Historically, Penn State University carried the title of “Linebacker U” with guys like Jack Ham, LaVar Arrington, Sean Lee and Paul Posluszny among numerous All-Americans at the position. (FYI, Micah Parsons is next.)

LaVar Arrington on Penn State: 'We are Linebacker U'https://t.co/HMDrV9V9Ha pic.twitter.com/Gq9w9wj6PG

Aside from UGA and PSU, what other schools lay claim to the “Linebacker U” title? Here is how ESPN ranked them, and one of the school’s best players in recent years for reference.

What School Is Linebacker U?