Nation’s No. 2 TE Luke Ford names the top five schools in his recruitment 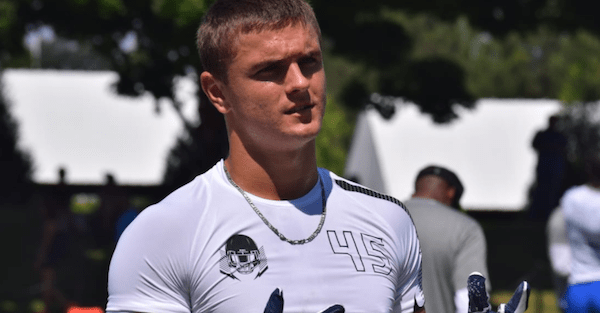 Four-star tight end Luke Ford has been decommitted from Arkansas since June and he hinted at one school being “hard to say no to”, but hasn’t really hinted at any leaders. That is, until now as he dropped a top five via his Twitter.

The 6-foot-6, 248-pound Illinois native has Georgia, Alabama, Auburn, Texas A&M and his hometown Illini on his list. He’s ranked as the No. 2 tight end in the class of 2018 and the top recruit in the state according to the 247Sports Composite rankings.

Ford has over 30 offers including some from Texas, Florida State, LSU, Michigan, Oklahoma and Oregon among plenty of others. He has taken official visits to Texas and Auburn so far, which means he has three more to use and you have to think he will use it on the remaining schools that aren’t Illinois since he can unofficially visit them whenever he wants.