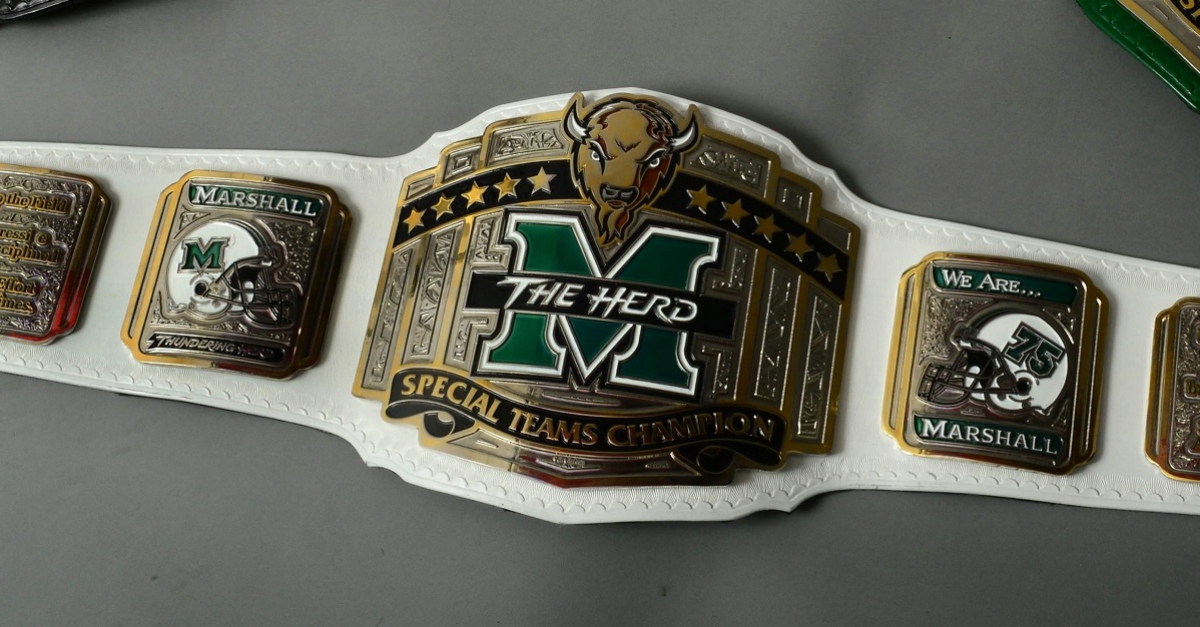 Marshall just took the trophy game to a new level.

The Charleston Gazette-Mail revealed that the Thundering heard will have a new award for their offensive, defensive, special teams, and weight room standouts, and that award will be in the form of authentic title belts. The best part? They look AWESOME.

According to the Gazette-Mail, a group of Marshall supporters raised the money to have the belts made after getting the idea from a radio interview with Stone Cold Steve Austin. The group then contacted the same company that makes the title belts for WWE, and commissioned four Marshall-themed belts to ask as awards for the football team.

Hopefully this is a trend that does not stay original to Marshall. We need team-themed title belts for every college football as soon as possible.