To say I'm flabbergasted would be a gross understatement. When you think of college football powerhouses, you think about the Big Ten.

Ohio State and Michigan are probably the first to come to mind. Or maybe the Wisconsin Badgers, or even Rutgers if you're an NFL fan from the northeast.

But your mind probably doesn't go right to the University of Maryland.

The Terps Resurgence Starts at Home

Maryland football is in a bit of a dry spell. The last time they were crowned conference champions was under head coach Ralph Friedgen in 2001 when they were a part of the Atlantic Coast Conference. Their recent bowl success over Virginia Tech in 2021 was their first bowl win since 2010 over East Carolina. Needless to say, Mike Locksley's football program is not exactly synonymous with winning.

And yet, the Terrapins have an unreal new facility. Maryland's new football facility cost $149.3 million. Is this what tuitions are going toward?

The Terps have a fully custom-built weight room and conditioning room. There's a sports medicine area nearby as well. According to Director of Strength and Conditioning Ryan Davis, the NCAA only allowing eight hours of training per week has necessitated creating a state-of-the-art facility in which the Maryland football team has everything at their fingertips. Transitions from one end to the other are significantly cut down. There's a wireless system to allow immediate feedback to each player, allowing for real-time leaderboards and a way for these student-athletes to thrive and compete with each other. 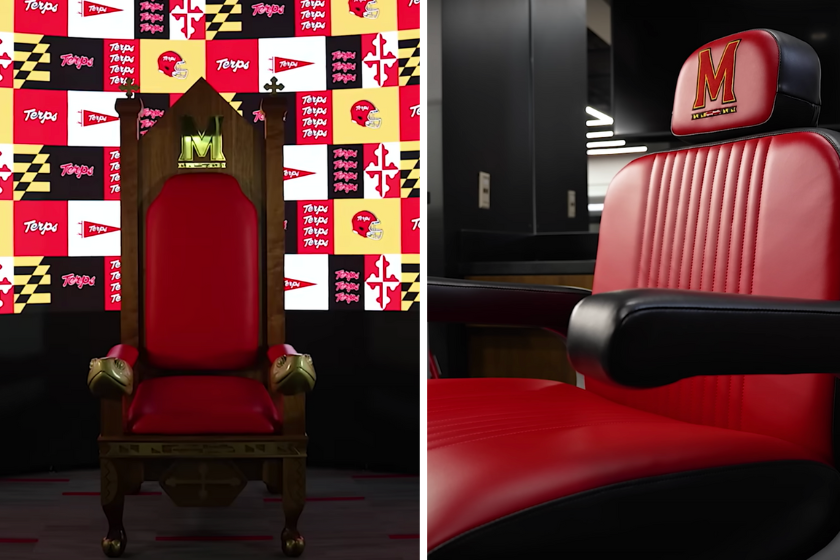 There's also a full recruitment lounge. It displays all gear that they would receive if they were to make Maryland their new home. The Jones-Hill House, named for Maryland legends Billy Jones and Darryl Hill, is completely decked out, and it's no wonder high school football players would be interested in being the newest member of the Maryland Terrapins.

The dining area in this new facility doesn't feel like a regular dining hall. That's simply because Terps football wanted it to feel more like a sports bar. That feels absurd when we're talking about kids who aren't old enough to drink, but what do I know? They have multiple food areas, indoor and outdoor seating, ability for cook-offs and other team activities, as well as secret dining areas. That secret area is essentially a meeting room that overlooks the stadium.

But the piece de resistance is the new locker room. It's essentially a nucleus that connects directly to the sports medicine area, showers, the players' lounge, equipment space, and then goes straight down into the stadium. There are state-of-the-art recliners, storage and ventilation systems at each locker. It's crazy.

Did I mention the players' lounge? It's a relaxing space for the players to chill and even includes a recording studio and barber shop. They truly spared no expense.

But to take it back to the start, this is Maryland we're talking about. I understand that Athletic Director Damon Evans needs to find ways to attract talented players, but will this be able to lead to a change in results? They've only managed three winning seasons in the past 11.

Maryland Still Has to Win 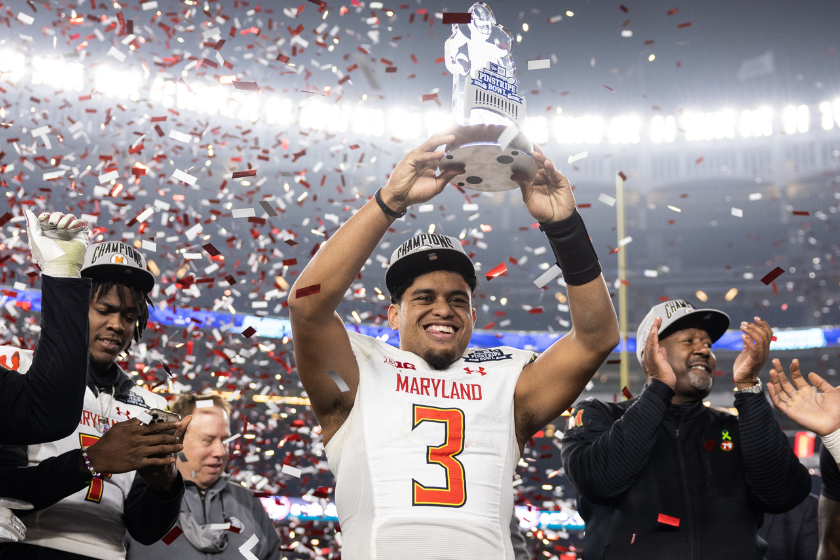 Unveiling new facilities is bound to be a step in the right direction, but will it get them over the line? No matter how many square feet of space they've created, it's ultimately the results on the field that are going to do the talking. Can they measure up to the likes of Wolverines and Buckeyes? Or are these players simply getting a cool experience for up to four years that doesn't add up to wins?

Last season, the first season with these facilities, they were able to finish above .500. Can they grow beyond that? Will these facilities pay dividends? Is it really about education or is it about creating a factory for future NFL players?

Only time will tell.