Mike Leach left a mark on the college football world both on the field and off. Ask any college football fan about their favorite Leach quote, and you'll hear hot takes from across the spectrum. From whether he cared about his obituary (he did not) to choosing a team captain based on their "The Price is Right" performance, Leach had a lot of thoughts.

In the wake of his passing, we felt there's no better way to celebrate a man who truly lived one thousand lives than to revisit some of his greatest sound bites throughout his career. So here's to you, Mike Leach. You were possibly the funniest college football coach of all time, and that's something to be celebrated. 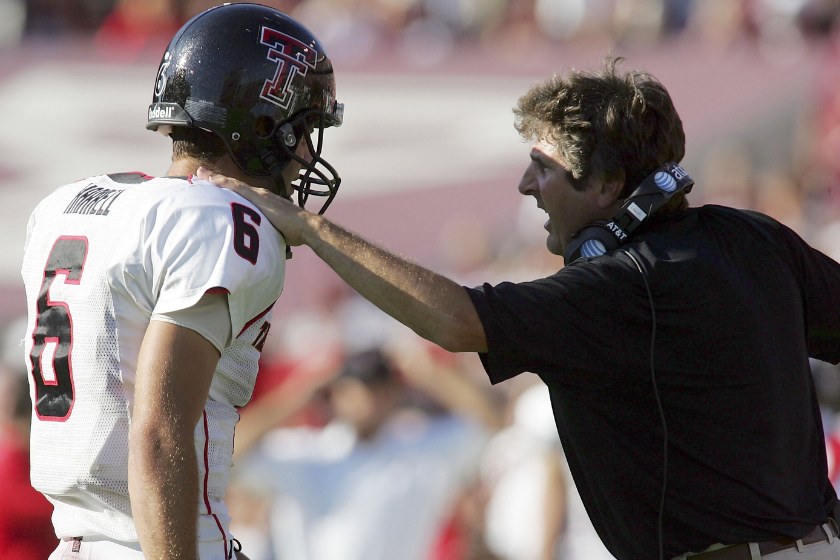 When SEC Network on-field correspondent Alyssa Lang asked coach Leach for his advice ahead of her upcoming nuptials, he gave her this advice: "Go elope. Every female in the family is going to terrorize you until it's over," Leach said. "I tell my kids, 'I'll give you an extra $10,000 if you elope.' So far, they haven't done it, but ... I would, too!" In other interviews surrounding marriage, Leach advised a soon-to-be groom to "stay out of the way."

"Coffee tastes terrible anyway... just put it down one sip at a time."

If Leach had any shot at an endorsement deal with Starbucks, it was gone after this walk-and-talk with ESPN analyst Marty Smith. When Smith asked Leach how he took his coffee, the Mississippi State head coach gave an incredible answer.

"Well, coffee tastes terrible anyway, so don't put anything into to obstruct the harsh, bitter taste. Just put it down one sip at a time. The experience is terrible."

Suffice it to say, Leach did not run on Dunkin.

It should be abundantly clear at this point that Leach didn't shy away from the tough topics -- including the hierarchy of candy and how the U.S. might be letting its candy dominance slip due to Europe's penchant for all things gummy.

"I hate candy corn. I mean, I completely hate candy corn." Then turning to what candy he liked, the culinary genius pointed out the confectionary treats he did enjoy. "Gummy bears, for sure. Gotta be the Haribo ones. The other thing I like is ... they used to have the Sprees in a box. Outstanding. You had to go to the dollar store to find it, but I do."

Moving on to more important matters, Leach began discussing candy innovation. "There is still candy innovation, although I found out a while back that Europe has better candy that we did overall, 'cause they have gummy everything. But, ya know, they had those Nerds Clusters, which is new, and they're good! And then if you had to go chocolate ... probably Almond Joy." 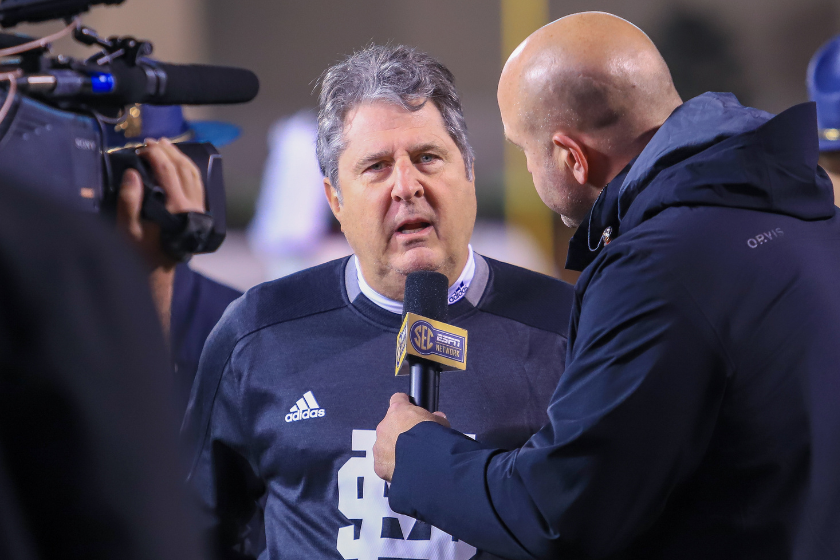 Here's the full quote. It's outstanding.

"My favorite weather pattern happens to be when it rains mud. Dust comes through, rain on top of it, it rains mud. Now, I know that people have been here for a while don't like that particular phenomenon as well as I do, but think about how many times in your life are you actually going to see it rain mud. I love it. I go out there. I look at it. I watch it. Worst thing about it is you have to wash your car. Who cares? It's worth seeing. Trust me."

Mike Leach was in peak form on a Pac-12 mascot battle.

Do Sun Devils have mythical powers? And if a Ute has a rifle, there's some definite problems. pic.twitter.com/FCE96RXawe

His opening line is perfect, leading with, "What kind of mythical powers does a Sun Devil have? We gotta consider that." This banger of an opening thought is followed up by, "I'm going to say the Wildcat is out." Leach immediately sets the bar of Sun Devil being a power player in this fight and that a wildcat won't be able to do anything.

Another aspect of Leach's statement is the human aspect of the Ute from Utah and the Trojan from USC. Leach appears to believe that being on horseback has some interesting value and even points out that a human can use weapons. "Does [the Ute] have a bow and arrow? Did he trade for a rifle?"

Simply put, Mike Leach was not just one of the most iconic college football coaches of all time, but maybe one of the most interesting and eccentric. While he will be missed on the sidelines, he will live on in the laughs he gave us and the smiles he brought to our faces. Rest in peace, King.