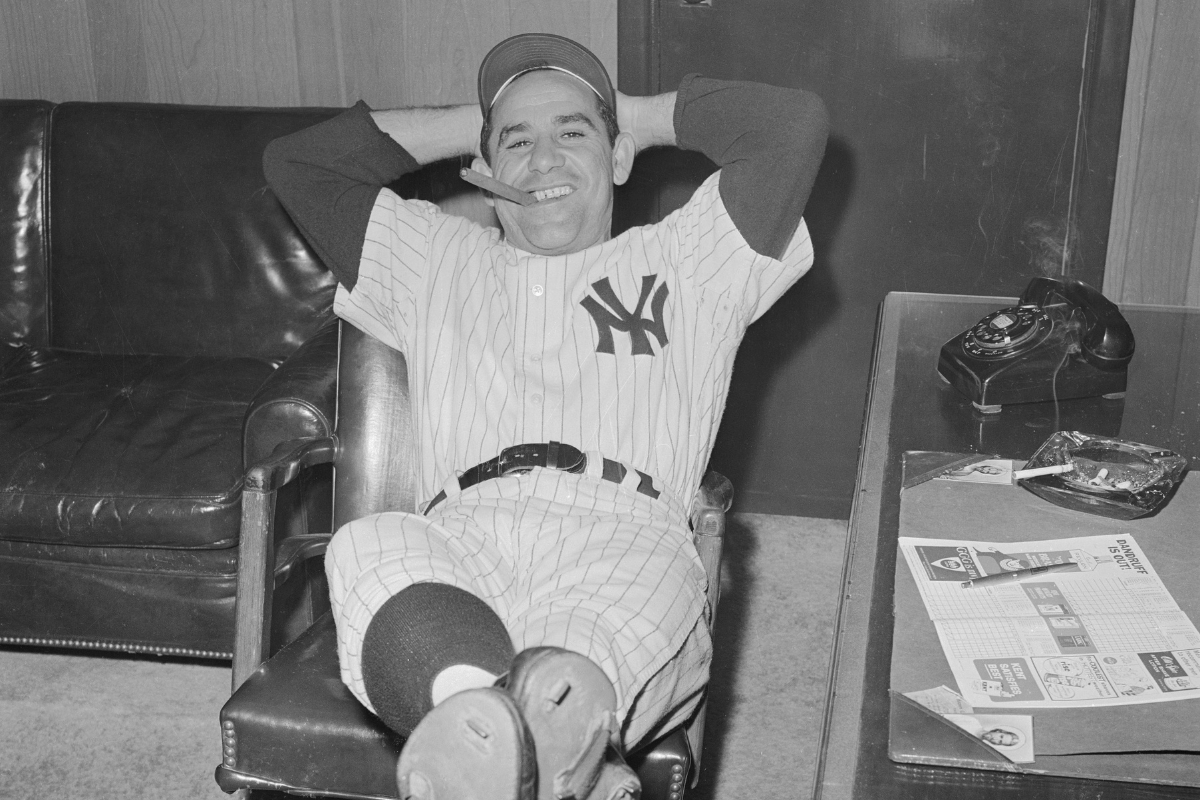 Yogi Berra is one of the greatest MLB catchers to ever play, spending nearly his entire 19-year career with the New York Yankees.

Throughout his time in the big leagues, Berra offered Major League Baseball fans a ton of inspiring quotes, which have come to be known as Yogi-isms.

The 10-time World Series champion, 18-time American League All-Star and Hall of Fame catcher, who passed away in 2015, is undoubtedly one of the greatest Yankees of all time along with Babe Ruth, Lou Gehrig, Derek Jeter, Micke Mantle and Joe DiMaggio. He also motivated a new generation of baseball players with both his play on the field and his inspirational quotes and comical words off of it.

Here are 15 of the best Lawrence Peter “Yogi” Berra quotes of all time.

“We made too many wrong mistakes.”

“I usually take a two-hour nap, from one to four.”

“All pitchers are liars or crybabies.”

“Never reply to an anonymous letter.”

“Even Napoleon had his Watergate.”

“It’s Deja Vu all over again.”

“When you come to a fork in the road, take it.”

“Always go to other people’s funerals, otherwise they won’t come to yours.”

“Bill Dickey is learning me his experience.”

“He hits from both sides of the plate, he’s amphibious.”

“If people don’t want to come out to the ballpark, no one is going to stop them.”

“We were overwhelming underdogs.”

“A home opener is always exciting, no matter if it’s at home or on the road.”

“Little League baseball is a very good thing because it keeps the parents off the streets.”

Yogi Berra on Where He Wanted to be Buried

Carmen (his wife): “Yogi, you are from St. Louis, we live in New Jersey, and you played ball in New York. If you go before I do, where would you like me to have you buried?”