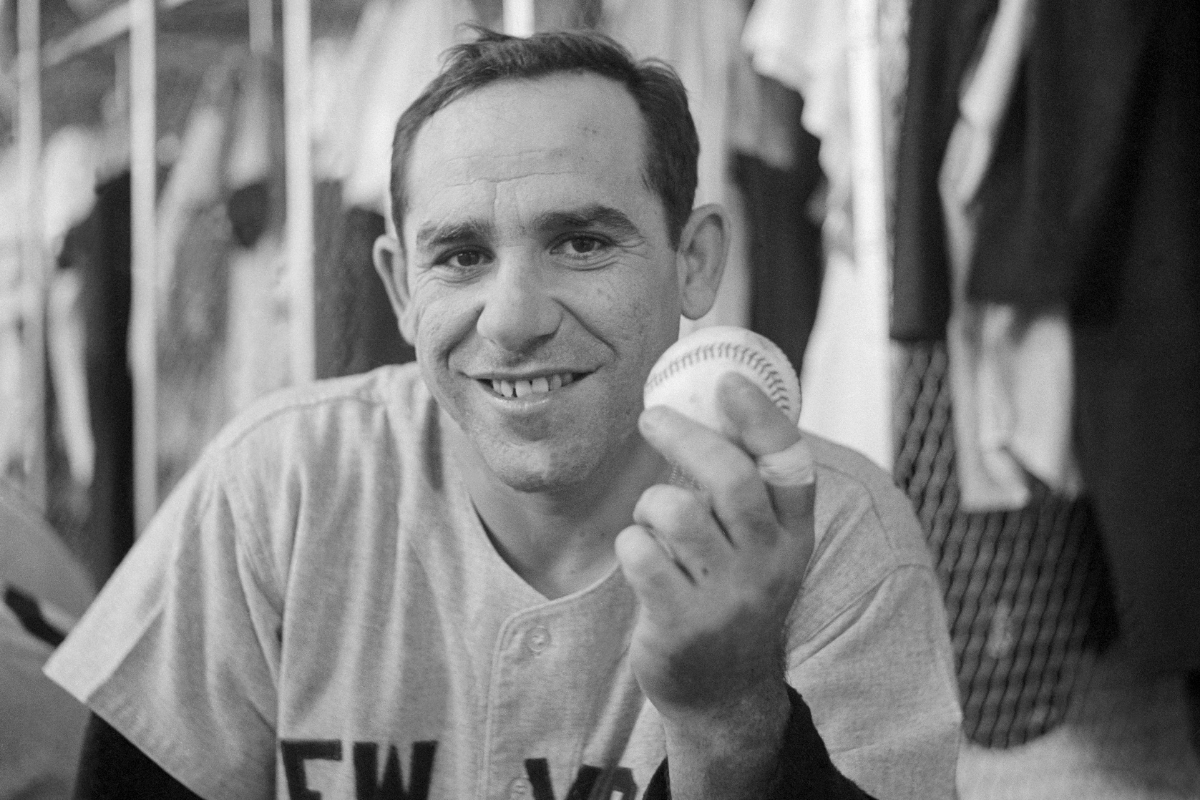 The New York Yankees have had some pretty good players throughout their illustrious history.

Babe Ruth, Lou Gehrig, Micky Mantle, Joe DiMaggio, Derek Jeter and Yogi Berra come to mind. All of these legends made their marks in some way: Ruth for calling his shot; Gehrig for his “luckiest man on the face of the Earth” speech; Mantle for his all-around skill; DiMaggio for his hitting streak and Jeter for his signature throws from shortstop.

As for Berra, he’s remembered as one of the best catchers to play the game. However, before he became one of baseball’s greats, he served in World War II.

Yogi Berra put his baseball career on hold to join the Navy, and was part of D-Day in 1944. pic.twitter.com/DVAsW5NSxa

Lawrence Peter Berra, a St. Louis, Missouri native, was assigned to the Yankee’s minor-league affiliate in Norfolk, Virginia, shortly after he signed. He only played in a handful of games before he put his Major League Baseball career on hold to join the U.S. Navy in 1943. After basic training, Berra was made a gunner’s mate on the USS Bayfield, meaning he was responsible for operating and maintaining weapons in addition to ammo.

When the Allied forces planned the Invasion of Normandy, Berra’s unit was called to join the fleet. On June 6, 1944 — better known as D-Day — American troops descended upon Omaha Beach to liberate Europe from the Nazi army.

The 19-year-old seaman manned a landing craft support machine gun and helped load the rocket launcher while in the thick of the action. He told the USO he “sprayed bullets and rockets across the heavily fortified beach fronts before the troops landed.”

Berra’s craft successfully made it through the D-Day invasion, although he was shot in the hand by German fire. He later participated in the invasion of southern France and was discharged in 1946. He made his MLB debut later that year.

Berra was award a Purple Heart Medal and the Lone Sailor Award for his service.

The baseball player went on to have a pretty nice career with the Yanks, winning 10 World Series titles, appearing in 18 All-Star games, winning three American League MVP awards and catching Don Larsen‘s perfect game in the 1956 Fall Classic. He retired with the New York Mets in 1965 and was inducted into the Baseball Hall of Fame in 1972.

An iconic Yankee who delivered several witty quotes such as “When you come to a fork in the road, take it.” (Keep in mind, this is what he told people when he gave directions to his New Jersey home), Berra answered when duty called.