There's nothing wrong with having a good time, especially if you're a professional athlete. I'm not endorsing going full 1986 New York Mets and trashing a team charter plane via food fight, although that does sound like a blast.

I'm talking more along the lines of Johnny Manziel buying a round of shots for everyone in a Texas A&M bar when he got drafted in the first round or Rob Gronkowski being Rob Gronkowski during any celebration ever. You know, stuff normal people would do if they had bank accounts like athletes do.

Major League Baseball players certainly know how to party and are no stranger to the bottle. Just look at the game's founding father, Babe Ruth, who considered beer and hot dogs a well-balanced meal.

Mickey Mantle, a Hall-of-Famer and former New York Yankees outfielder, maintained a similar life motto during his playing days in the 1950s and 1960s. Yet he somehow found a way to hit 536 homers, win seven World Series, three MVPs, one Triple Crown, 20 All-Star selections and find himself next to Ruth, Joe DiMaggio, Roger Maris and Lou Gehrig as one of the best to ever don the pinstripes. 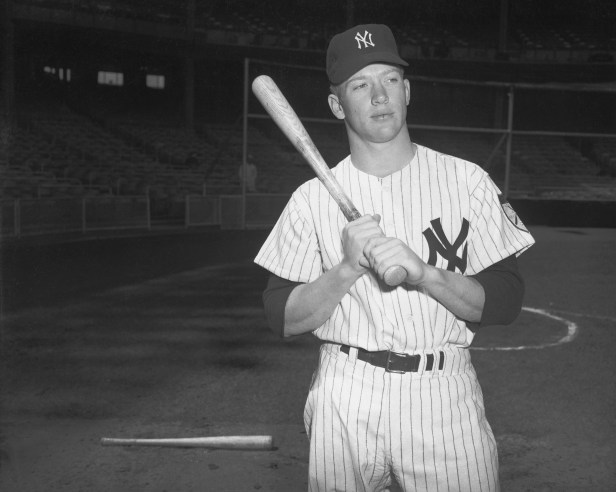 For starters, "The Mick" began his days with a big glass of what he called the "breakfast of champions." It consisted of brandy, Kahlua and cream. Many times he and teammate Billy Martin would walk into Mantle's restaurant on Central Park South and order the drink to kick off a full day of boozing.

Mantle told Sports Illustrated in 1994 that the heavy drinking would continue into the afternoon if he didn't have any business or baseball-related commitments. He said he'd have three to four (not glasses) BOTTLES of wine and didn't care about the color or quality. 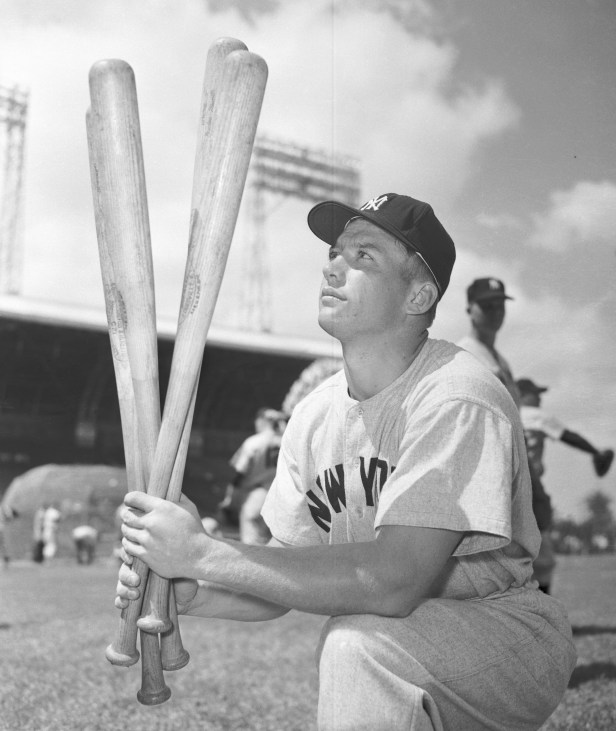 Of course, Mickey Mantle and his drinking buddies did dumb stuff when they were drunk.

He and Martin were in Detroit and, after a night on the town, decided to climb the ledge of their hotel room to spy on their neighboring teammates. By the time they realized their lights were off and nothing exciting was going on, they also realized the ledge was too narrow to turn around on. They had to climb around the entire building to get back in their room. Oh, and they were 22 floors high.

During Martin's 29th birthday party at the Copacabana night club in New York, Mantle and teammate Hank Bauer were involved in a brawl. Mantle even had to testify before a grand jury before the case was thrown out.

Another time, he and teammate Whitey Ford missed the team bus from Baltimore to Washington D.C. and took a taxi instead. They shared a bottle of scotch along the way and stopped on the side of the road at a fireworks stand. Naturally, they bought some and lit one inside the taxi to scare the driver.

Yankees manager Casey Stengel had a two-drink limit on away trips but never actually enforced it. Clearly. 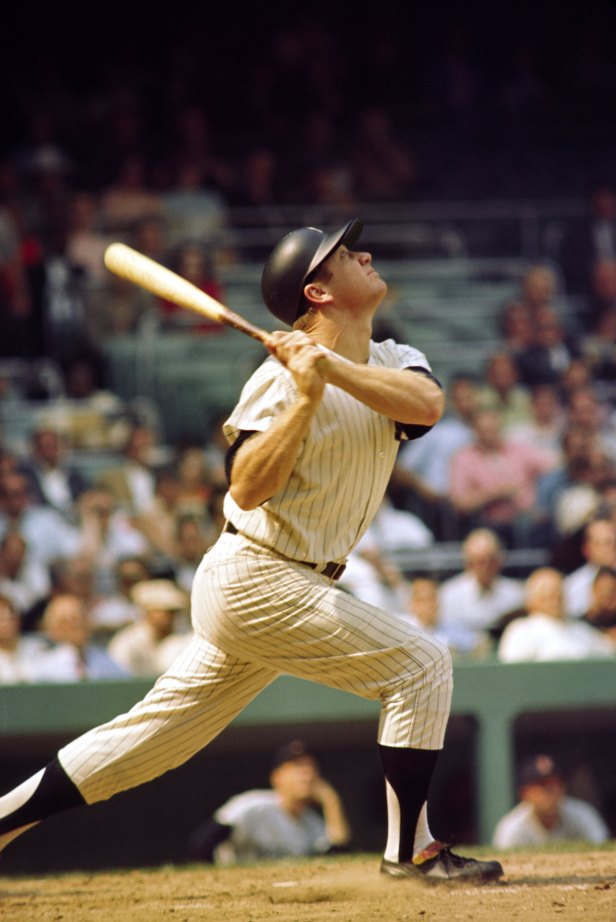 While Mantle prided himself on being sober for games, there was one instance in which he broke that. As his former teammate Jim Bouton told the story in his book, "Ball Four," Mantle didn't expect to play the next day because he was still nursing an injury. Would you really expect him to not get plastered the night before?

It was a day game, and a hungover Mantle was unexpectedly called upon to pinch hit. What followed was a legendary story in Mantle's storied career:

"So he staggered up to the plate and hit a tremendous drive to left field for a home run. When he came back into the dugout, everybody shook his hand and leaped all over him, and all the time he was getting a standing ovation from the crowd. He squinted out at the stands and said, 'Those people don't know how tough that really was.'"

Fangraphs even verified the "Hangover Homer" and determined it was a solo dinger that tied the game, 10-10, against Baltimore's George Brunet in the bottom of the seventh inning on August 4, 1963.

Mantle was a wild child to say the least, and the stories from his MLB days are endless. If you don't believe me by now, read about how his favorite memory at Yankee Stadium was with a girl under the right field bleachers by the Yankees bullpen.

Mantle was also married to his high school sweetheart, Merlyn Johnson, and he wasn't exactly discreet when it came to affairs. Many media members around the Yankees knew this but kept their lips tight.

But the drinking and partying caught up with Mantle and hit him like a sack of rocks.

In the Sports Illustrated story, the slugger explains how drinking likely cut short his career and led to memory loss. He forgot details of his playing career. He forgot where he went and what he said on a daily basis.

One time, after a night out with Yogi Berra and his wife, Mantle insisted on driving home after drinking too much vodka and nearly killed his wife. The couple crashed into a telephone pole and she banged her head against the windshield.

Well after his retirement, doctors told Mantle his liver was giving out and that his next drink could be his last. In 1994, he checked into the Betty Ford Center for rehab to treat his alcoholism. He discovered he used alcohol as a crutch following his father's death in 1952, just after his 19-year-old rookie season.

He also began drinking because his family had a history of Hodgkin's disease and didn't think he'd live as long as he did. His dad, Mutt, died at 39 from it, as did his dad's dad and his dad's two brothers -- they were likely more prone because they worked in lead and zinc mines in Oklahoma. One of Mantle's sons, Billy, also had the disease and died young.

His immediate family all became alcoholics as well. His son, Mickey Jr., died at 47 of liver cancer.

Mantle, who had received a liver transplant in June 1995, died two months later at the age of 63. Years of alcohol abuse finally caught up to the Mick.

Mantle, who was inducted into the Baseball Hall of Fame in 1974, will forever be a baseball legend of the game. The seven-time World Series champion constructed one of the best careers in baseball history. He also partied hard and paid the price for it.

No one can deny The Mick was truly one-of-a-kind.

This article was originally published August 9, 2019.