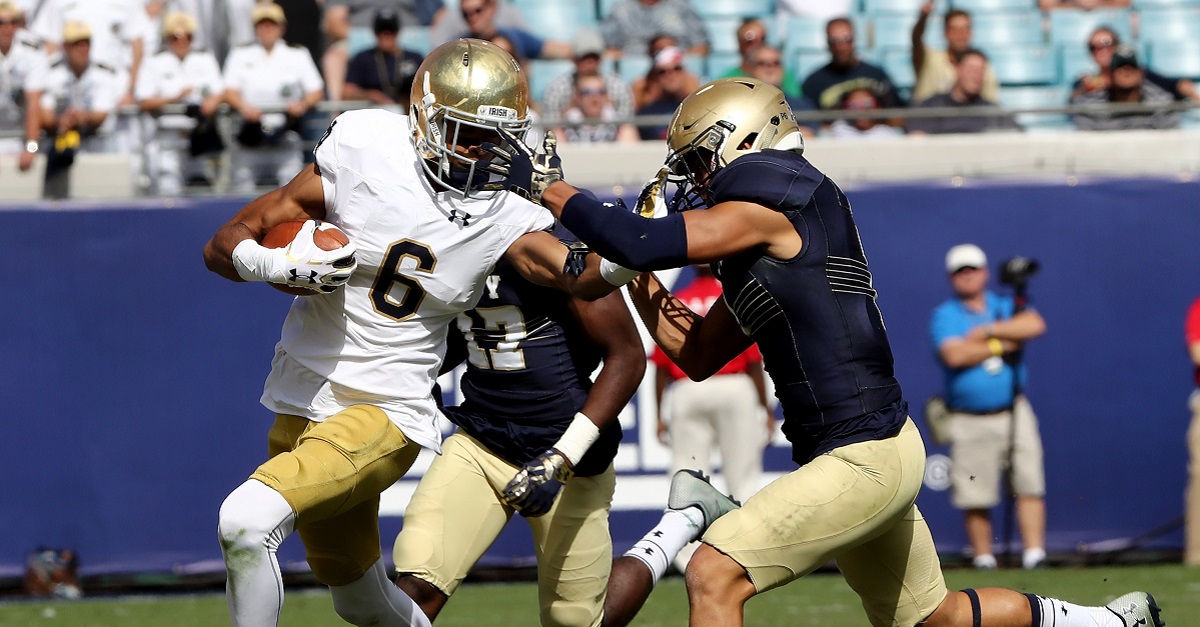 Defensive back Alohi Gilman will have to sit out the entire 2017 season after the NCAA denied a waiver request to make him eligible for the upcoming season.

Gilman started his career at the Naval Academy, but transferred out of the Academy after policy changes that required athletes to serve their two-year term prior to potentially going pro. Gilman had made the waiver in hopes that the policy change would allow him to gain eligibility after his transfer, but the request was denied.

As a true freshman, Gilman proved himself to be a very capable player for the Midshipmen, as he was the team’s second leading tackler for the 2016 season. Overall, Gilman had 76 total tackles (5.0 TFL), a forced fumble, and a return for a touchdown.

After sitting out the 2017 season, Gilman should have three years of eligibility remaining.