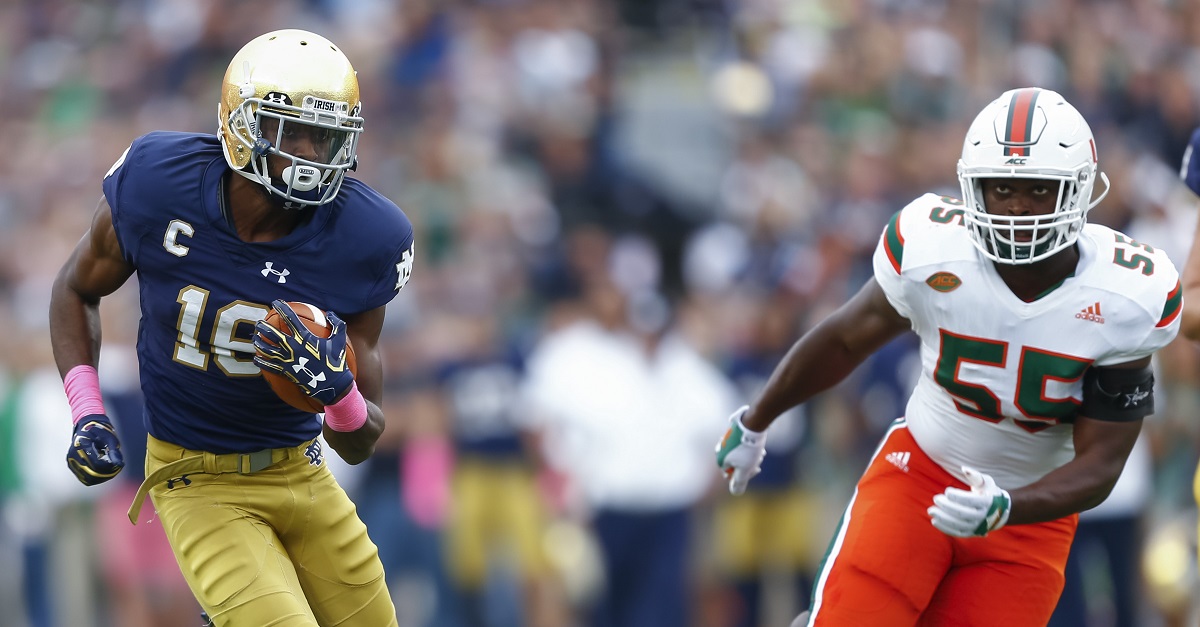 Hunter also played baseball for the Irish, and he was drafted in the 23rd round of the MLB Draft by the Los Angeles Angeles. He signed a contract with the team on June 25. Hunter Jr. suffered a concussion in the loss to Texas, and he missed three games this season due to injury.

Hunter caught 38 passes for 521 yards and three touchdowns this season. His exit is one of many for the Notre Dame football program, who suffered a 4-8 season under coach Brian Kelly.

Hunter’s father was a five-time All-Star during his career with the Minnesota Twins, Los Angeles Angels and Detroit Tigers.