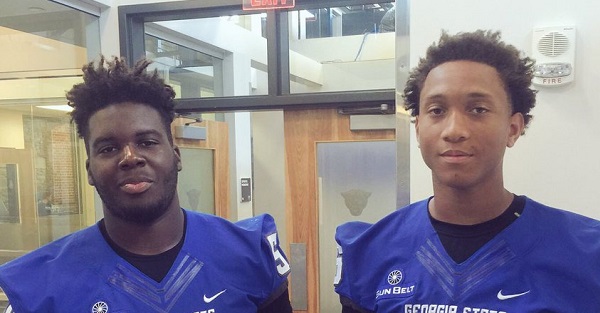 It looks like the coaching change is starting to take a toll. A big one, too.

Schools usually see a rash of decommits after a coaching change, but this most recent one might be unprecedented. Georgia State had seven different 2017 recruits decommit between Tuesday and Wednesday. Those seven recruits:

At this moment I have decommit from GSU

At this time, I'm no longer committed to georgia state. pic.twitter.com/OtX47mPS39

Campbell HS OL Mehki McKinney has let me know that he is no longer committed to Georgia State. https://t.co/Qp1C4O638q

The seven decommits literally made up more than half of Georgia State’s 2017 class, meaning the Panthers are just left with five guys for the time being.

While it is unclear if the coaching change at Georgia State — they fired Trent Miles and hired South Carolina’s Shawn Elliott earlier this month — had a direct effect on these decommits, it is definitely a major blow that Elliott will need to rectify before National Signing Day.

Sure, as a Sun Belt school, Georgia State isn’t getting four- and five-star commitments. But losing seven different guys in about 30 hours? That’s a tough one.

We will keep you updated on this situation as we learn more.