Arizona State has officially named its next head coach 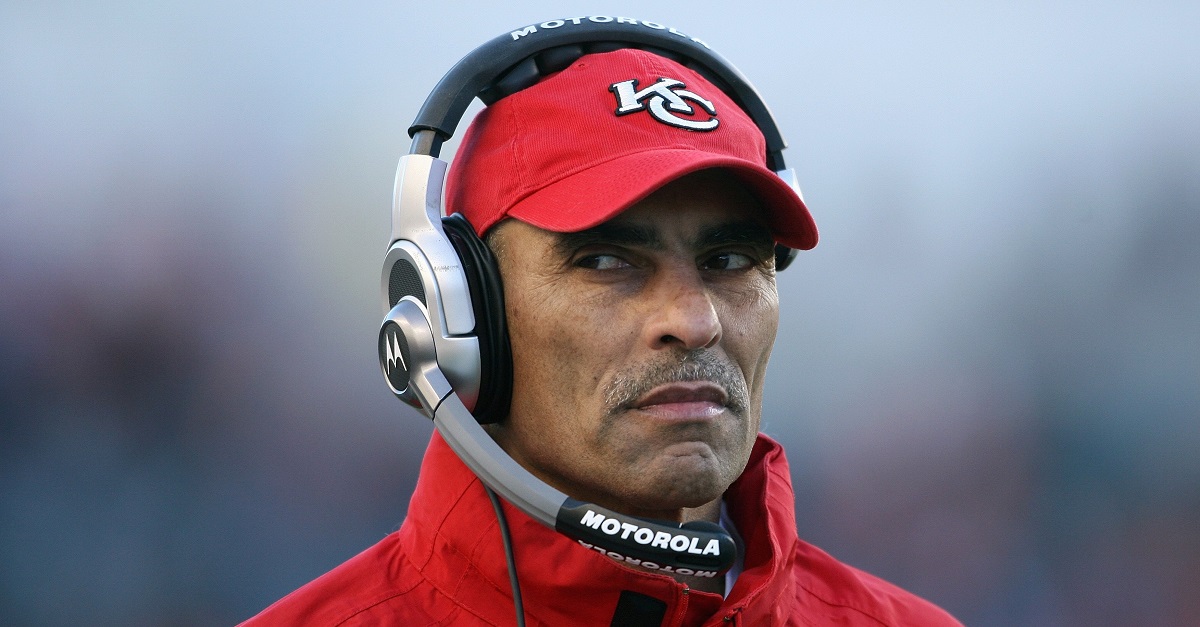 There were reports that Arizona State’s new coach would be former NFL coach and player Herm Edwards and it turns out those turned out to be right.

And the Sun Devils are going to take an NFL-like approach to their coaching now as well. They released this statement on how they now want the team to be run more like a franchise.

Edwards hasn?t been a coach since 2008, but he has remained a visible figure thanks to his job at ESPN as an NFL analyst. The current belief is that Arizona State wants to retain their current coordinators while bringing in Edwards to help manage and motivate from the head coaching spot.

Edwards has not been a college coach since he was at San Jose State in the 1980s.

Arizona State is looking for a new head coach after firing Todd Graham this past weekend. Graham was 46-31 in his six year tenure, but the Sun Devils? administration had grown impatient with the lack of growth after Graham put together back-to-back 10-win seasons in his second and third years with the team.

Arizona State was 7-5 this season under Graham, finishing the year by defeating rival Arizona 42-30.