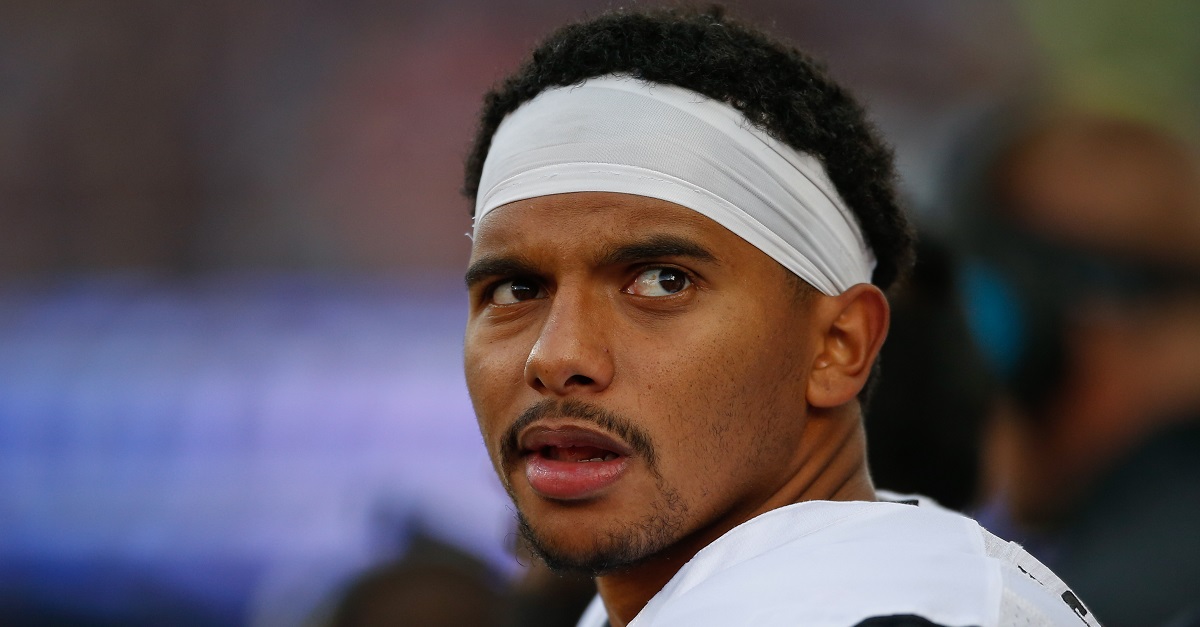 The last two seasons certainly haven’t gone as Oregon State head coach Gary Andersen might have hoped they would.

With a 6-18 record in his first two seasons on the job, Andersen decided to try something new by naming JUCO transfer Jake Luton as his starting quarterback.

That didn’t sit well with redshirt junior quarterback Marcus McMaryion, who subsequently announced his intention to take his talents to Fresno State as a graduate transfer on Wednesday.

Excited to officially announce I will be finishing my collegiate career at Fresno State representing where I've always called home #godogs pic.twitter.com/5zD2Gx84S0

McMaryion started six games of the eight games he appeared in for the Beavers last season while throwing 10 touchdowns and five interceptions. He completed 59.4 percent of his passes for 1,286 yards.

Now, McMaryion will join the Bulldogs, who are headed in a new direction under head coach Jeff Tedford, who replaced Tim DeRuyter following a disastrous 1-11 record in the 2016 season.

While McMaryion will be immediately eligible for Fresno State, he won’t necessarily be walking into a starting job. He’ll go toe-to-toe with redshirt sophomore Chason Virgil, who started 10 games last season en route to throwing for 13 touchdowns and 2,021 yards. Prior to McMaryion’s announcement, Virgil had taken a substantial lead over JUCO transfer Jorge Reyna in Fresno State’s quarterback battle.

If McMaryion can play consistently, he’ll bring some mobility to the position while maintaining a focus on putting the ball in his playmakers’ hands quickly. His best game last season came in a 42-17 demolition of an injury-plagued Arizona team. McMaryion connected on 16-of-19 passes for five touchdowns and 265 yards.