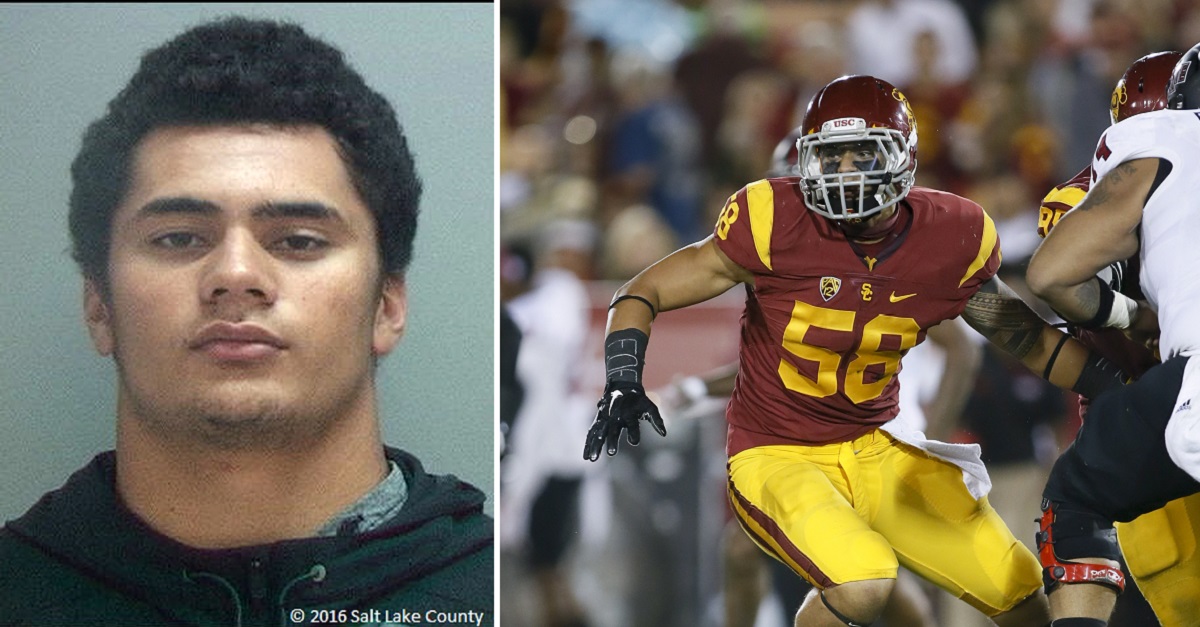 Former USC linebacker Osa Masina turned himself in last year after accusations of rape, and now Masina is expected to face up to three years in prison after pleading guilty to lesser charges.

According to TMZ, Masina officially pleaded guilty to three counts sexual battery in a Salt Lake County (UT) courtroom on Thursday. Those counts carry a maximum sentence of one year in prison, each. Masina will be facing sentencing in December.

Masina originally faced the charges last year, when he

The woman told investigators she was at a frat party with Masina in July, when he gave her Xanax pills and wine. She said she went to Hill?s apartment, where she was ?out of it? and claims to remember having sex with Masina but felt she had no control during the encounter. She also claims Masina recorded the encounter on his phone, taking pictures and videos of the encounter before sending them to her ex-boyfriend, a football player at Arizona.

Masina was originally suspended and later dismissed from the Trojans football team. He was a five-star recruit coming out of high school and he played in just 12 games for USC before his arrest.