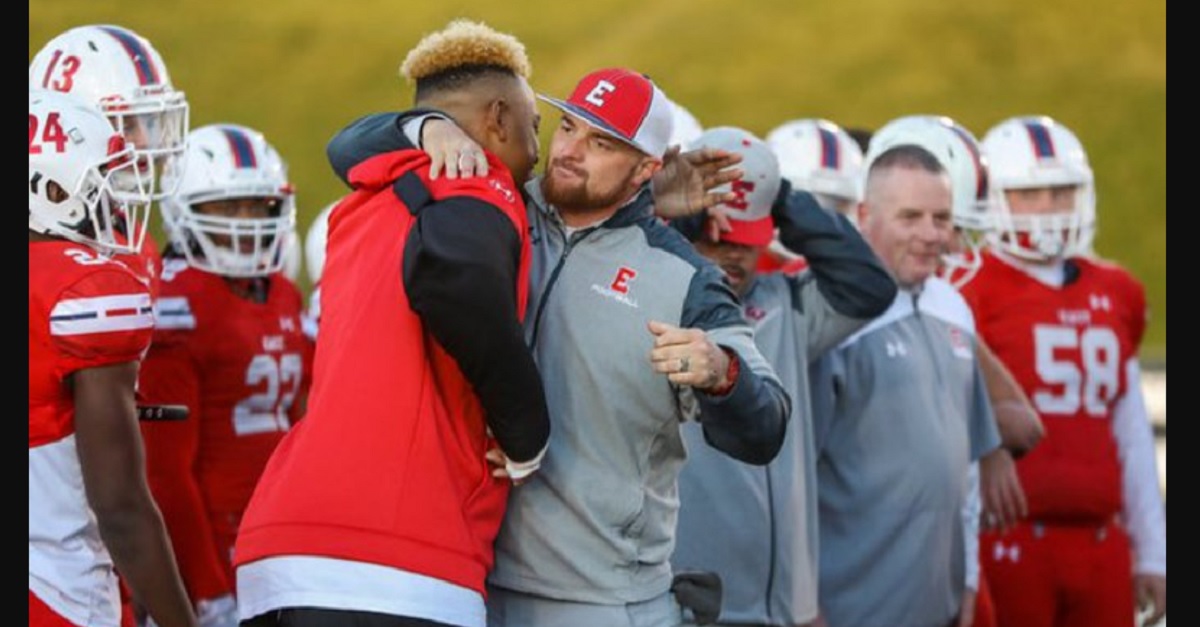 Another top recruit is off the board as we get closer and closer to the early signing period!

On Saturday, four-star offensive guard Sam Taimani (6-foot-2, 315 pounds, Salt Lake City, UT) announced that he had committed to Washington over Alabama and Notre Dame, among others.

Taimani made the decision while on his official visit this weekend. Ranked as the No. 7 offensive guard in the nation, Taimani could also play defensive line at the next level.

Taimani had released a Top 7 back in the summer that included also included Alabama, Notre Dame, Oregon, Tennessee, UCLA, and Utah, but it looks like Taimani has made his decision by picking the Huskies.

With the commitment, Washington now has 17 commitments in their 2018 recruiting class. Washington currently ranks 11th in the recruiting rankings over at 247Sports, which is good enough for second in the Pac-12 behind Oregon. Considering how Oregon has lost several recruits over the past week, it may not be long before the Huskies claim the top spot in the conference.