Report: Notre Dame has made a blockbuster scheduling decision 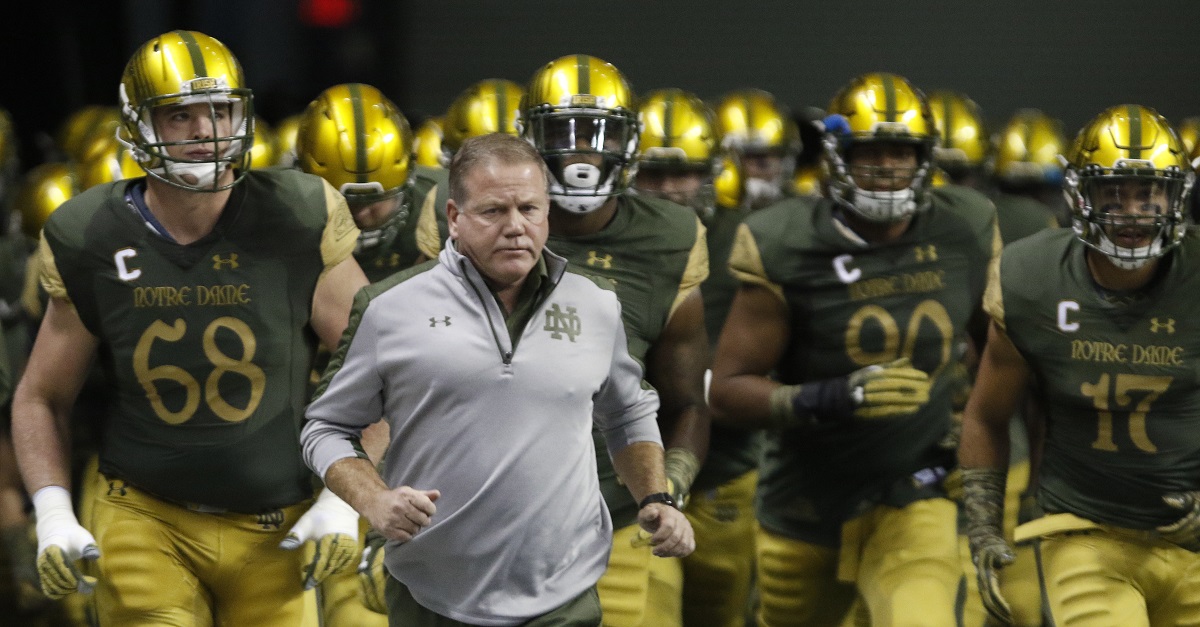 Notre Dame has added another Big 10 power to its future schedule.

The Fighting Irish and the Wisconsin Badgers have announced a two-game series set for 2020 and 2021. But the two Under Armour schools won’t be playing a home-and-home. Instead, they will play at Lambeau Field in Green Bay in 2020 and Solider Field in Chicago in 2021.

The Badgers and the Irish haven’t played since 1964. Notre Dame is 10-0-2 at Soldier Field all-time, while Wisconsin defeated LSU at Lambeau Field last season.

Wisconsin has a home-and-home with BYU set for 2017 and 2018 and Syracuse in 2020 and 2021. They have later home-and-homes scheduled with Washington State and Virginia Tech.

This isn’t necessarily a home-and-home between Wisconsin and Notre Dame, but it is a cool chance for both schools to play in historic NFL stadiums.