Ranking the SEC’s Football Coaches in 2018, and The Winner Will Shock You 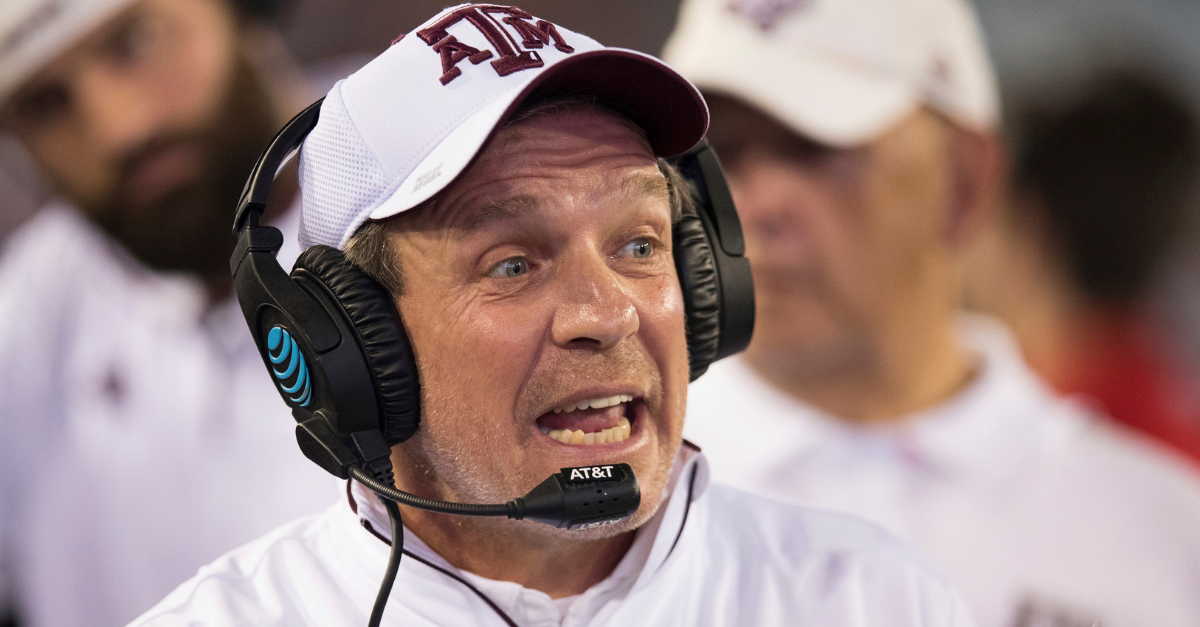 As the college football coaching carousel continues to turn, faces like Mack Brown and Les Miles will return in 2019 with new homes, but one conference is staying put from top to bottom. None of the 14 SEC football coaches were let go following the 2018 season, and we’ll get another look at where they’ll lead these elite programs to next season.

The Southeastern Conference finished with six teams ranked in the final AP Poll, the most in the country. There were 11 programs to reach a bowl game, and 11 of the SEC’s best players were named AP All-Americans. With all these awards and accolades, how did the jobs these coaches did shake out? College Football News ranked all 130 FBS coaches based on their success this season, and here is where the 14 SEC coaches finished around the country:

Thanks so much for all the Happy Birthday messages yesterday! I got the gift that keeps on giving – seeing some future @RazorbackFB playmakers!!! #WPS #HammerDown

In his first year in Fayetteville, head coach Chad Morris wasn’t able to go worst-to-first after taking over for Bret Bielema. The Razorbacks do have a top-25 recruiting class coming in for 2019, so hopefully Morris can break the losing streak and return Arkansas to a bowl game for the first time since 2016.

The Gamecocks head coach was able to take South Carolina to a bowl game for the third-straight season, and they were ranked as high as No. 24 early in the year. However, going 0-5 against ranked opponents and getting blanked by Virginia, 28-0, in the Belk Bowl is as ugly as it gets. Getting quarterback Jake Bentley back for his senior season is huge, but losing All-American Deebo Samuel will be hard to fill in 2019.

With the Ole Miss Rebels’ postseason ban lifted for the 2019 season, Matt Luke’s program could be ready to turn the corner and compete at a high level once again. Ole Miss was one of 10 schools to average more than 500 yards of offense per game last year, and with top-ranked defensive recruits heading for Oxford, the Rebels could be in for a big jump next season.

Auburn started the season ranked No. 9 in the AP Poll, yet they failed to live up to the preseason hype. Losses to Mississippi State, LSU, Georgia and Alabama don’t bode well in the SEC West, either. Malzahn might be on the chopping block if he can’t improve this team’s offense in 2019.

The Volunteers are in rebuilding mode under Pruitt so it’s not a shock that they finished where they did in 2018. The former Alabama staffer is bringing in the No. 15 recruiting class next season, led by five-star offensive tackle Wanya Morris, so things should improve in a hurry for the Vols’ faithful.

TIME TO GET TO WORK! #MIZ pic.twitter.com/uK0Ru04Xai

The Tigers suffered losses to Georgia, Alabama and Kentucky, so it’s hard to fault them for those. They lost to South Carolina on the road by two, then fell to Oklahoma State in a Liberty Bowl shootout, 38-33. Former Clemson quarterback Kelly Bryant is coming, and Barry Odom’s program is on the cusp of being a double-digit winner in 2019.

It’s hard to win 11 games no matter where you are. But when the Bulldogs dropped back-to-back games against Alabama and Texas to close the season, that soured it for everyone. Georgia is retooled for next season, and Kirby Smart’s program is poised to be a College Football Playoff contender again.

In his first season, Bulldogs head coach Joe Moorhead beat Auburn, Texas A&M and rolled Ole Miss in the Egg Bowl. Losses to Kentucky, Florida, LSU and Alabama kept them from reaching 10 wins in the regular season. The top-ranked defense and rebuilding offense makes Mississippi State a scary program down the road.

Everyone knew Jimbo Fisher’s move to College Station would bring success, but it’s hard to imagine it would happen so quickly. Four-straight wins to close the season left the Aggies ranked No. 16 in the final AP Poll, and an incredible recruiting class is going to bring them even more talent to build on.

Tides go through phases. Some high, and some low. But both high and low share one trait…they continue. There is inevitability to the Tide. Each wave carries with it a certainty: It will regroup, it will grow stronger…and it will ALWAYS return.#OutworkYesterday#RollTide pic.twitter.com/e5mEYamh7U

In Tuscaloosa, it is championship or bust, and that’s just the way the Crimson Tide want it to be. So when you lose the biggest game of the season to Clemson and get embarrassed in the process, it’s hard to consider that a rousing success. Even another SEC Championship won’t sour this taste, but Alabama will be back hungrier in 2019.

To Returning Players, Coaches & Staff, Adversity defines character and we are built for this. The sun came up and a new day gives us new opportunities. 2019 will be here soon and we’ll be waiting. Rest up, get your mind right and know that the movement has already begun ⚓️⬇️👊🏽 pic.twitter.com/Vt5YBRUmeW

Considering Vandy hasn’t had a winning record since 2013 and started the season 3-5, Mason’s fifth season was another attempt to make the Commodores relevant. They nearly beat Baylor in the Texas Bowl, but came up short in a shootout. It’s hard to think they’ll be much better in 2019, and even harder to think why College Football News ranked Mason so high.

Coach O’s loud and proud personality has Louisiana State trending closer to a College Football Playoff berth after a 10-win season and Fiesta Bowl victory over UCF. Orgeron’s program is bringing in another elite batch of recruits that will have them even closer to overcoming Alabama in the SEC West in 2019.

The Gators won 10 games and dominated Michigan in the Peach Bowl to close the season, and year one under head coach Dan Mullen set the bar incredibly high for the rest of his tenure. While he’s easily college football’s best hire, did he dangerously exceed expectations for the Gators’ future?

What Mark Stoops managed to do in his sixth season as head coach of the Wildcats was downright incredible. The program won 10 games for the first time since 1977, and their Citrus Bowl victory over Penn State was the first postseason win since 2008. Running back Benny Snell and linebacker Josh Allen deserve a ton of the credit, but Mark Stoops may have sealed his legacy by bringing the football program to national prominence at a basketball-first school.