Yet another Alabama starter slated to miss time after undergoing surgery 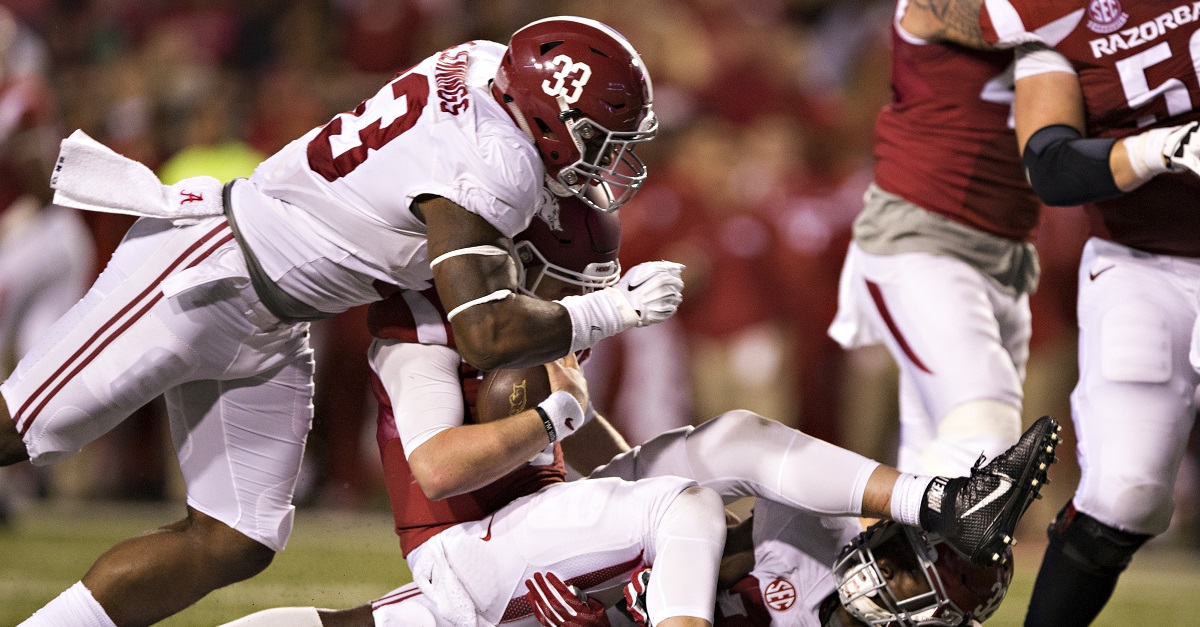 Alabama has already suffered some heavy casualties after the first week off the season after linebackers Christian Miller and Terrell Lewis were announced as having season-ending injuries. It seems they suffered another unexpected setback as linebacker Anfernee Jennings underwent a surprise surgery for what was supposed to be just a sprained ankle. He tweeted out that he’s recovering already:

Thanking God for a successful surgery. Road to recovery starts now. Be back in no time.💯

Jennings got a start in the nickel defense as the outside linebacker and didn’t record a tackle in the game, but was expected to become a much bigger part of the defense down the road with the other injuries to the rest of the group. He recorded 19 tackles and two tackles for loss last year.

It remains to be seen how long he will be out, but having three starters like that out for extended periods of time can hurt a team’s output on defense. Between Rashaan Evans — the fourth injured linebacker — Miller and Lewis they had 13 tackles in the game against Florida State.

Jamey Mosley, Mekhi Brown, VanDarius Cowan, Christopher Allen, Ben Davis and LaBryan Ray are all going to compete for the now-open positions. Ray is actually a defensive end, but will be moved to the linebacking corps to give it some depth and a bigger body.