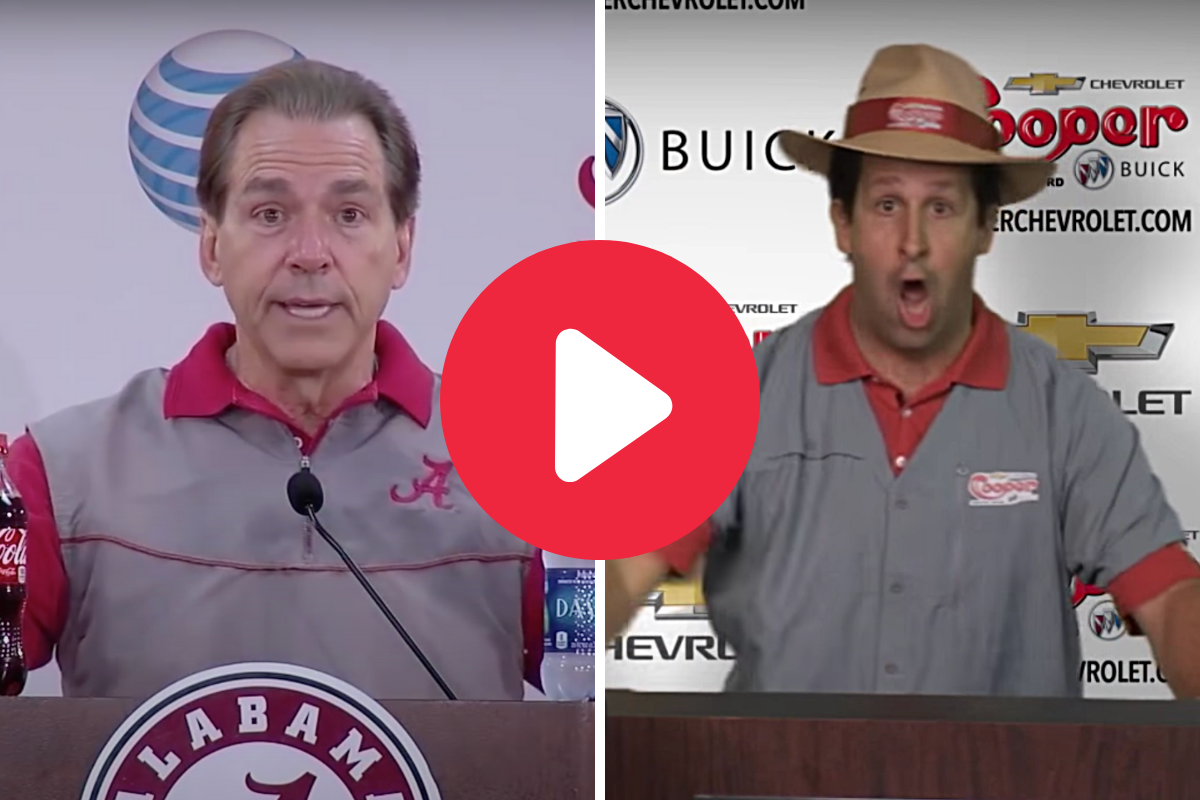 Car salesmen are usually known for being slimy, pushy, manipulative and possess a do-whatever-it-takes mentality to sell what’s on the lot.

Or so we thought. One Alabama car dealership commercial shows that these vehicle-peddlers have quite the comedic side to them. Cooper Chevrolet Buick in Anniston, Alabama, put together one of the greatest advertisement Alabama Crimson Tide fans will ever see.

Why? Because it delivered one of the all-time Nick Saban impressions.

First of all, this dude must have abducted the Alabama head coach or something because his voice his identical to Saban’s. Quote after quote, he references famous Saban responses and press conferences.

Secondly, he mimics his looks and movement just as well. From the suit to the collared shirt to the hat and even the numerous hand-through-the-hair motions, it’s perfect.

Remember when Nick Saban grabbed a bottle of soda and told reporters to “get this bottle to respond it because I don’t know anything more than that”? The Cooper Chevrolet salesman executes that impersonation flawlessly.

How about Saban’s “dead, buried and gone” comment in 2015? Well, the salesman makes a pitch to viewers to take advantage of the free YETI cooler before it’s dead, buried and GONE!

Here’s a video of some of those references:

Thank you to a car dealership for finally doing something other than the boring old commercials we’re used to seeing. That Cooper Chevrolet Buick set it up as an ESPN highlight of a press conference (albeit called CSPN) is a terrific spoof job.

We’ve come across some dynamite Nick Saban impressions. Rob Ezell’s version had the whole the locker room in stitches. Lane Kiffin’s was pretty good as well. Even one of Saban’s offensive linemen impersonated his coach, and his teammate couldn’t stop laughing.

This one takes the cake. Bravo.