That's what Evan Neal attributes his freakish athleticism and football talents to. At 6-foot-7 and 350 pounds, the Alabama offensive lineman can bench-press 475 pounds, squat 650 pounds and run faster than 18 MPH.

He's gone viral on numerous occasions because of said athleticism, like when he won the internet for this incredible split-leg box jump.

Dudes that big shouldn't be able to move like that. At Alabama, apparently that's normal.

Neal made his way to the University of Alabama weighing 385 pounds but dropped nearly 30 of those and has since transformed himself into a unicorn of sorts over the last few seasons. It's why he's expected to be a top-10 pick and the first offensive lineman off the board in the 2022 NFL Draft.

If you know Evan Neal's family, you know he's completely ready for the NFL.

Sheila and Eddie Neal are Evan's biggest supporters, though that wasn't always evident to the public.

Back when the Okeechobee, Florida, native was at IMG Academy and deciding between Alabama, Georgia, Florida, Miami and Florida State on signing day, Evan's dad seemed completely uninterested when he chose the Alabama Crimson Tide.

Things worked out, though.

Eddie and Sheila have watched their son develop into a star at Nick Saban's draft factory. 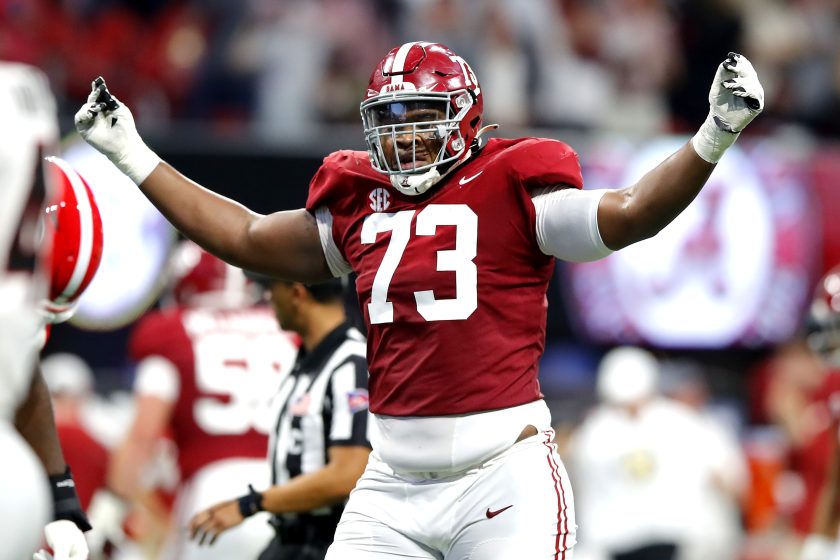 Evan's parents deserve a lot of credit for where their son is today. The two, who own a grocery store in Okeechobee, decided to raise their six children in Eddie's hometown. They kept them busy and active, most of them playing sports growing up.

"You kind of have to do it. You want to make sure the sports stay on track. These sports are very important because it gives kids a place to be where there is always supervision, and they stay goal-oriented. I don't think people understand the importance of youth athletics, and I'm happy to have been involved with youth football, and now my son plays for Alabama," Sheila told the South Central Florida Life in 2019. 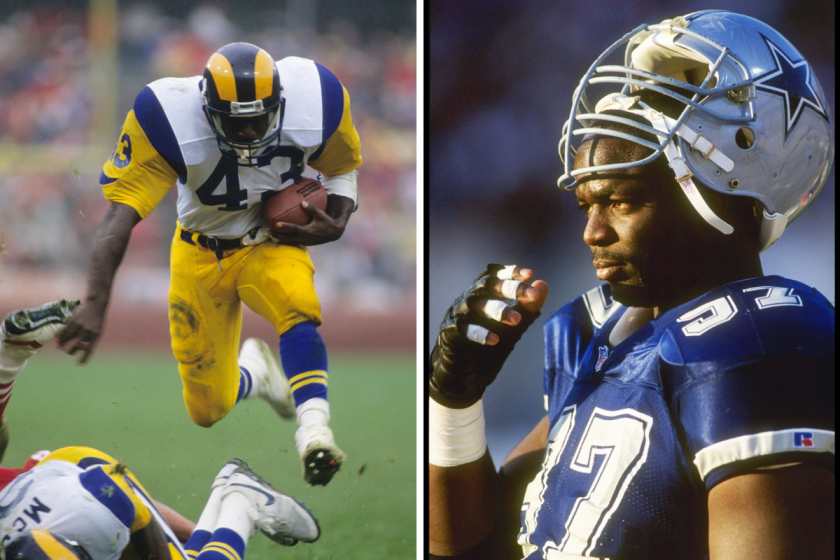 Even has credited genetics for his size and athleticism.

His dad played linebacker at Tulane in the early 1980s.

One of his uncles, Cleveland Gary, starred as a first-team All-American running back for the Miami Hurricanes and played in the NFL. He was a first-round pick by the Los Angeles Rams in 1989 and led the league in rushing touchdowns in 1990. Gary also played minor league baseball in the Montreal Expos organization.

Another uncle, Jimmie Jones, also played for Miami as a defensive tackle and went on to win two Super Bowls with the Dallas Cowboys in the '90s.

Now, it's Evan's time. Equipped with experience at left guard, right tackle and left tackle, he's got NFL teams at the top of the draft salivating.