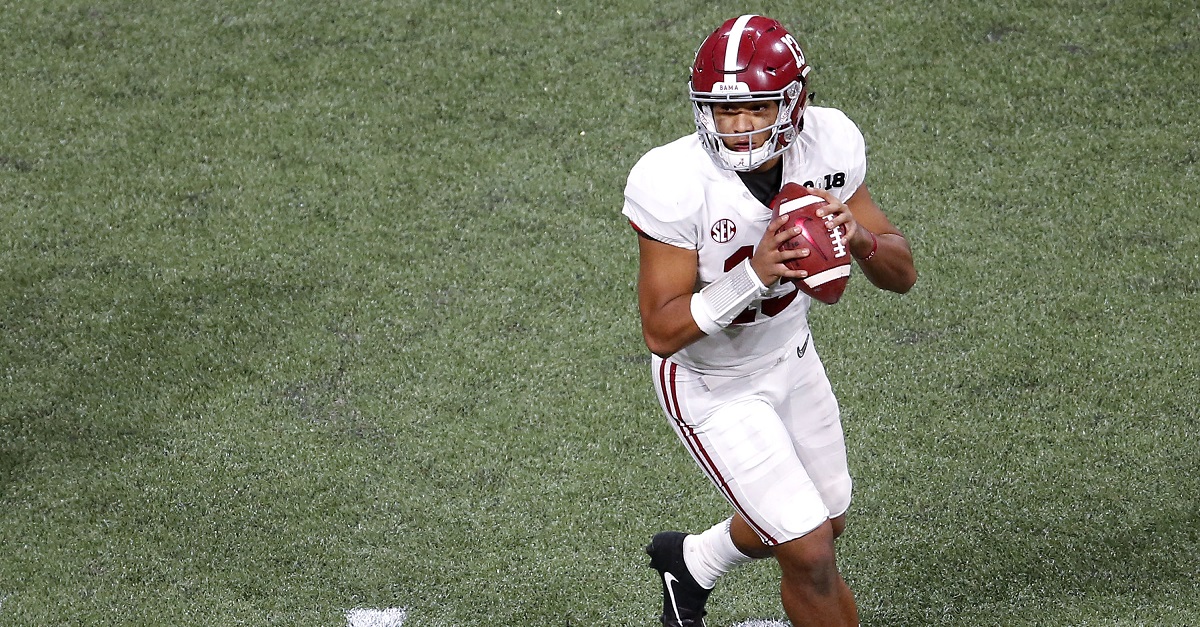 Tua Tagovailoa was sparingly used by Alabama and Nick Saban throughout the season. That was, until the National Championship Game when he became the hero of the game. However, he almost didn’t end up there as the story is told by former Alabama assistant coach Lane Kiffin.

He told ESPN that Tagovailoa and Jake Fromm were the two quarterbacks in the class of 2017 that Alabama were gunning after. However, Tagovailoa was apparently a silent commit elsewhere first.

“We were recruiting [Tagovailoa and Fromm] at the same time, and it was one of those where we had a good relationship with Tua.

“A lot of people will tell you that Tua had been silently committed to USC back then when [Sarkisian] was there, so this thing is really intertwined.”

The young quarterback also had serious interest in Oregon since that was where his mentor went in Marcus Mariota. However, Oregon signed Ryan Kelley and Fromm ended up decommitting from Alabama to head to Georgia with coach Kirby Smart. And once USC lost coach Marques Tuiasosopo, the ties to that school were gone for Tagovailoa as well.

“When Jake decommitted, Tua had already made us feel good that he was coming, and we really liked Jake, but it was a mixed room on him. I’m not going to say who was on what side,” Kiffin said. “Kirby got the [Georgia] job and started recruiting him, had a good relationship with his family. We were still recruiting [Fromm], but it was one of those things where we weren’t excited about losing him, but we had a good feeling we were getting Tua, so that made it a lot easier.”

Tagovailoa ended up publicly committing to Alabama in May of 2016 and the rest history as they say. Even once Lane Kiffin bolted for FAU, the southpaw stayed committed and even after Jalen Hurts won the SEC Offensive Player of the Year award his commitment didn’t waver. For some guys, that would have been enough to scare them off knowing that they would have had to wait at least two seasons to get a start behind a guy like that.