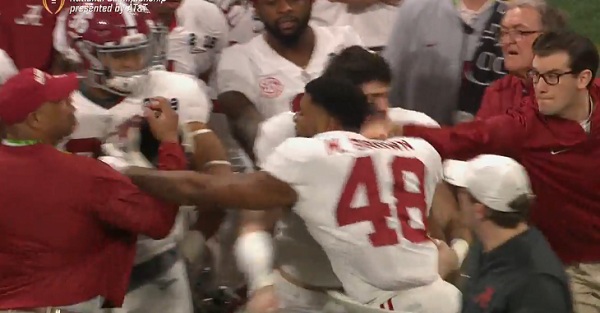 Alabama linebacker Mekhi Brown has reportedly transferred to Tennessee State, according to the Tennessean.

The sophomore made headlines during the national championship game last week after he punched a Georgia player and attempted to attack a Crimson Tide assistant on the sideline after the play.

Bama player seemingly gets away with a punch, loses his cool on the sideline https://t.co/WZprlDGXUV

The report indicated that Brown will have to meet a certain set of stipulations before he can join the team as a result of the incident last week. Brown has reportedly already moved into a dorm on campus and has already started taking classes.

Brown apologized for the incident and said that isn’t the type of person he is and said that he felt bad for what happened. He was a four-star prospect in the class of 2015 and recorded seven tackles this season for the Tide.