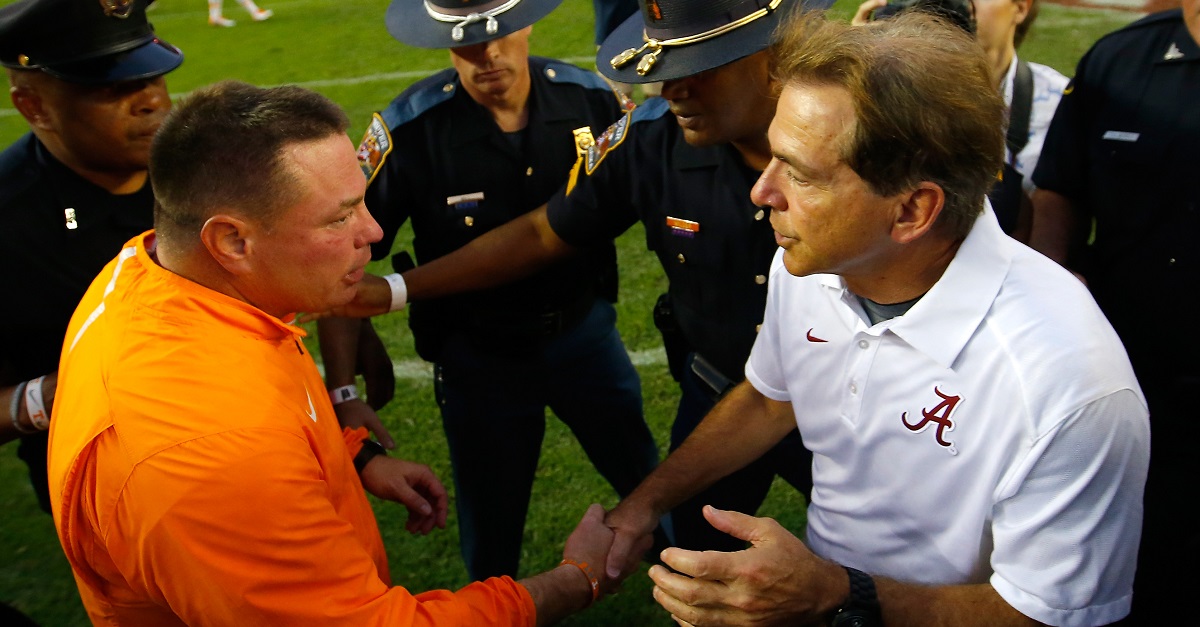 NFL scouts and coaches weren’t the only ones in attendance at Alabama’s Pro Day on Wednesday.

Among those at the Pro Day included three college football coaches that were fired either during or after the 2017 season: Butch Jones, Bret Bielema, and Rich Rodriguez.

Meeting of the minds here at @AlabamaFTBL Pro Day.

Jones is not a surprising name there, as it appears that he and Alabama have been in discussions to bring him on as a potential analyst in the future. Bielema is in a similar situation, with NBC Sports reporting that Bielema may have been there as a representative of the New England Patriots.