After losing out on QB to Princeton, Alabama now reportedly interested in a graduate transfer 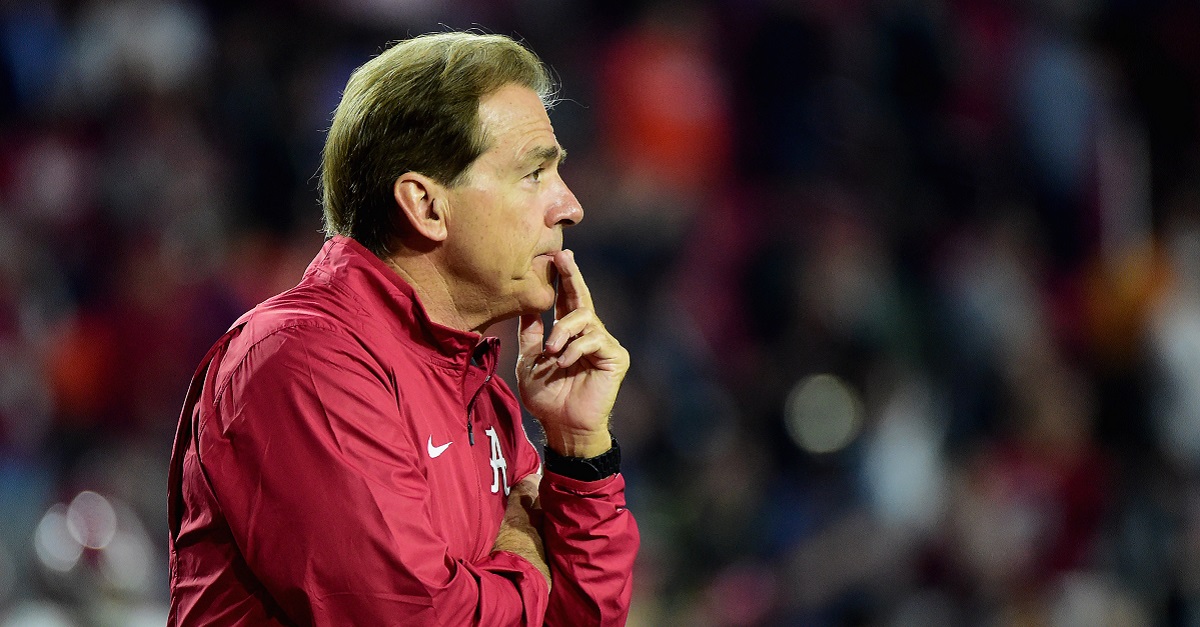 Alabama notoriously lost out on four-star quarterback Brevin White to Princeton and the National Signing Day for high school recruits has come and gone. However, it seems that the Crimson Tide still want to shore up the quarterback position as they are now reportedly pursuing ECU graduate transfer Gardner Minshew.

It seems like a curious move considering Alabama has two quarterbacks it likes in Tua Tagovailoa and Jalen Hurts. Trying to nab a graduate transfer would also mean they would most likely play them this season since they only have one season of eligibility left. With Hurts having proven himself and Tagovailoa fighting for the starting spot with him, bringing in a third guy who would have to play this year doesn’t make a whole lot of sense.

Minshew appeared in 10 games last year, throwing for 2,140 yards, 16 touchdowns and seven interceptions. He left ECU last month and could be a starter for many FBS teams, but now we will see if Alabama can entice him to join them.