Tua Tagovailoa On Track to Throw, Workout for Teams Before NFL Draft 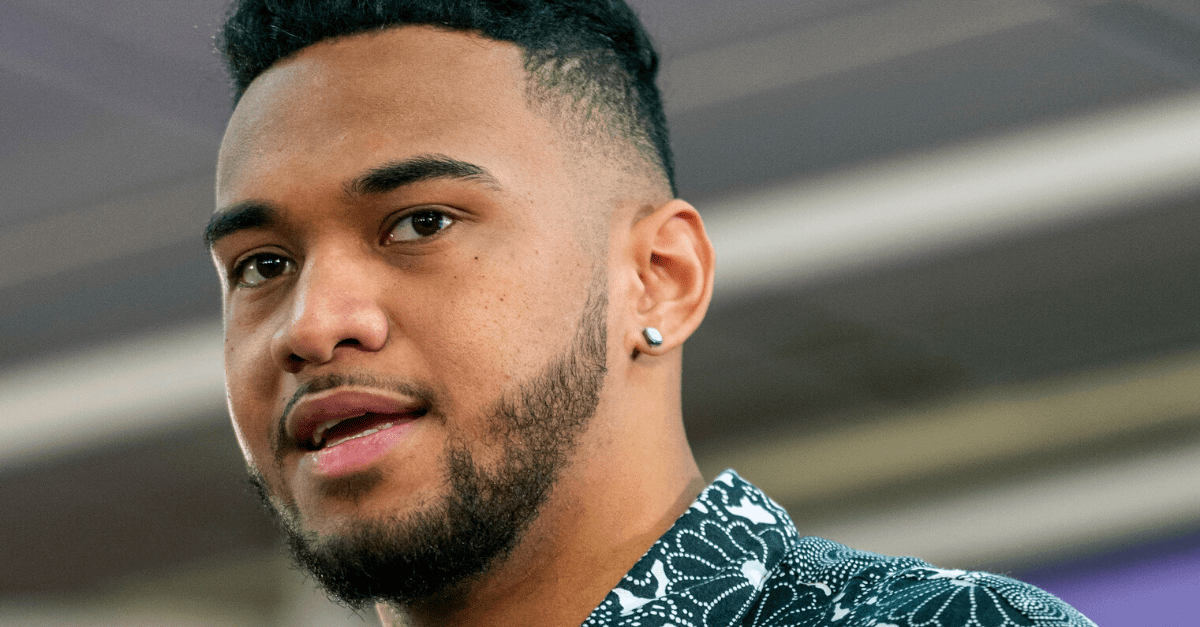 Enter the 2020 NFL Draft or return to college football? That?s the question Alabama Crimson Tide quarterback Tua Tagovailoa needed to answer. It?s likely one he has asked himself thousands of times over the last few weeks, but it wasn’t as simple as many thought.

For the last two seasons, NFL teams and scouts have drooled over Tagovailoa. He?s even been called ?the finest prospect I?ve ever seen? by a former Super Bowl champion. However, a season-ending hip injury against Mississippi State has seemingly changed everything.

Tagovailoa is a sure-fire first-round pick next spring. He?s that good. Yet, there was uncertainty on whether or not he would leave the SEC powerhouse in Tuscaloosa after Alabama?s bowl game. It was strictly going to be a ?business decision? at the end of the day.

Tua Tagovailoa sat down with @KirkHerbstreit to talk about his future. “If I leave, the risk is, do I still go in the first round or do I even make it to the second round?” he said. “These guys don't even know if I can play with the hip injury yet.” https://t.co/hUHtejyrcX

Riding the fence was understandable. Alabama quarterback Tua Tagovailoa was definitely in an interesting spot. Separating his hip, fracturing his posterior wall, breaking his nose and suffering a concussion on one first half play proves how quickly things can change.

Tagovailoa won?t be able to participate in the NFL Combine, and he has slipped some in NFL Mock Drafts. ESPN?s Todd McShay has the Ewa Beach, Hawaii native as the No. 13 overall prospect and No. 3 quarterback behind LSU?s Joe Burrow and Oregon?s Justin Herbert.

Teams like the Cincinnati Bengals and Miami Dolphins, for example, need quarterbacks. Perhaps the Los Angeles Chargers and Tampa Bay Buccaneers do, too. But Tagovailoa landing in the first few picks was not as crystal clear as it once was.

“I’d say the reward in all of that is, yeah, I’ll be getting paid millions. But a lot of the money that I could’ve made, you can’t make that money up now. So that’d be me leaving money on the table.

“But then, at the same time, I still gotta talk with my family about all this, see what their input is. Now is not the time to be making emotional decisions. But now you gotta change into thinking as a businessman. You gotta make business decisions.?

No matter how you look at it, there was a risk. Will Tagovailoa make a full recovery? Is his injury history too much of a gamble? Would returning to CFB next year give him even better odds to be the first-overall pick like Oklahoma?s Kyler Murray was last year for the Cardinals? It was simply too difficult to tell from the outside looking in.

After the Crimson Tide defeated Michigan in the Citrus Bowl, Tua Tagovailoa announced he would make his decision on Monday, January 6.

Then, he said goodbye to Alabama. He announced he will forgo his final season in Tuscaloosa and declared for the 2020 NFL Draft.

“First and foremost, I want to thank my Lord and Savior Jesus Christ for the opportunity to have a decision to make. My love for the University of Alabama, our coaches, our fans, and my teammates have made this especially hard for me. I have had the advice and counsel of my parents, my gamily, and coaches in going through a thorough analysis of the alternatives. After lots of prayers, thoughts, and guidance, I have decided to declare for the 2020 NFL Draft.

“I can’t express how grateful I am to have attended the greatest school in college. I cherish the memoriees that I’ve made with my friends, family, and loved ones along the way…”

From an outsider’s perspective, Tagovailoa should have entered the 2020 NFL Draft. Other than winning the Heisman Trophy and another College Football Playoff national championship under head coach Nick Saban, there?s really nothing left for the star quarterback to accomplish at this level.

The NFL is where he belongs, but the decision was clearly up to him.

This is such a weird time for Alabama. The Crimson Tide lost to Auburn in the Iron Bowl, didn’t play Georgia in the SEC Championship Game, won?t have another rematch with Clemson, had to watch former quarterback Jalen Hurts in the CFP, and crushed Michigan with quarterback Mac Jones. Now this.

Although Tagovailoa is leaving for good, perhaps it?s a closer call than anyone truly realizes.

Tua Tagovailoa is expected to be healthy enough to work out and throw for NFL teams ahead of the draft. https://t.co/FyubvaVpyB

Although former Alabama quarterback Tua Tagovailoa won’t participate in the NFL Combine, it appears he will be ready to show off his arm ahead of the 2020 NFL Draft.

In an interview with AL.com, Tagovailoa’s agent, Leigh Steinberg, said the star signal caller is is “expected to hold about a 40-minute session in which he makes 60-80 throws in front of scouts.”

?The [intention] there is the ball never touches the ground and I think he?s gonna blow away teams in that process,? Steinberg told AL.com.

Tagovailoa will attend the Super Bowl in Miami and meet with teams throughout the draft process.

Sure, his injury history is likely a concern to some, but it appears he is on track to make a huge splash when he’s healthy enough to throw again.

This post was originally published on December 4, 2019 before Tagovailoa’s announcement and health update.