Arkansas has reportedly reached agreement with next head coach 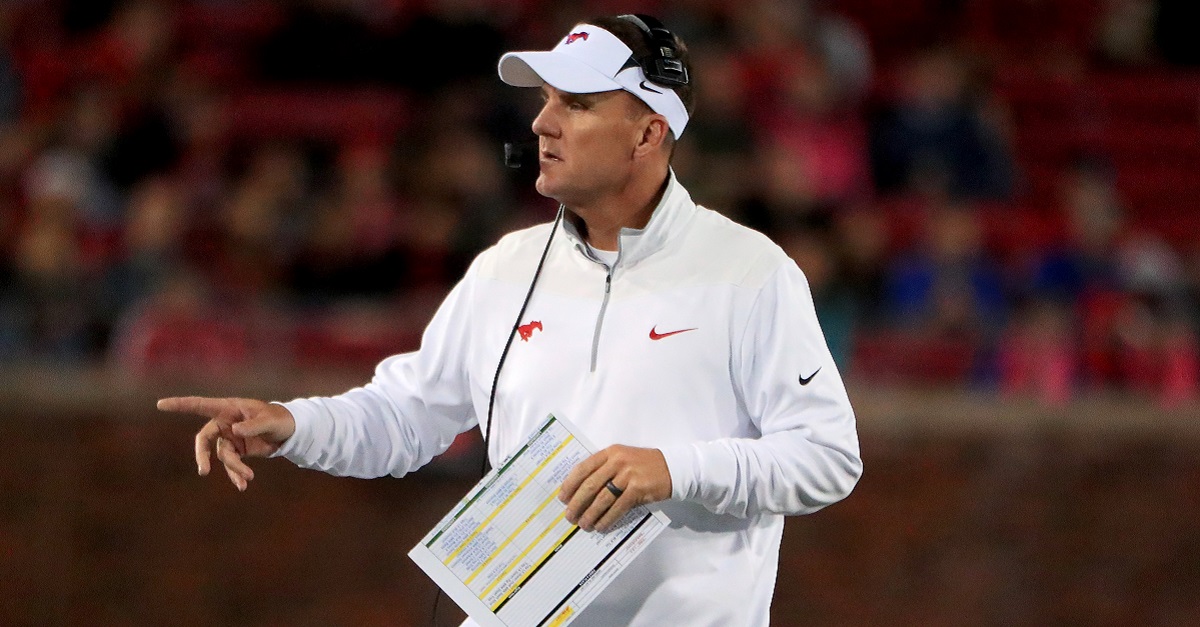 SMU coach Chad Morris has reportedly reached a deal to become Arkansas’ next head coach and is expected to be officially introduced by the university on Wednesday, according to multiple sources.

ESPN’s Chris Low reported that the two sides reached a deal and that the coach would be introduced on Wednesday.

Arkansas and Chad Morris agree to a deal, and the Hogs plan to annnounce him as head coach later Wednesday, sources tell ESPN.

The Associated Press confirmed that Morris agreed to a 6-year deal to join Arkansas.

On Tuesday, multiple reports indicated that Morris was expected to be the Razorbacks’ next head coach.

Chad Morris will be be named the head coach at the University of Arkansas. #wps

The name that has been buzzing along with the Arkansas search today is Chad Morris. Things have been moving quickly today. Should hear soon.

Morris has spent the past three seasons with the Mustangs, where he compiled a 14-22 (8-16 AAC) overall record after inheriting a team that had previously finished its season at 1-11 (1-7). SMU improved its record during each of his three seasons in Dallas, which included a 7-5 finish in 2017.

Morris, 49, will be Arkansas’ 33rd head football coach in program history. He will replace former head coach Bret Bielema, who was fired immediately after the Razorbacks’ loss to Missouri on Nov. 24.