SEC athletic director is reportedly out of a job, and its head coach could be next 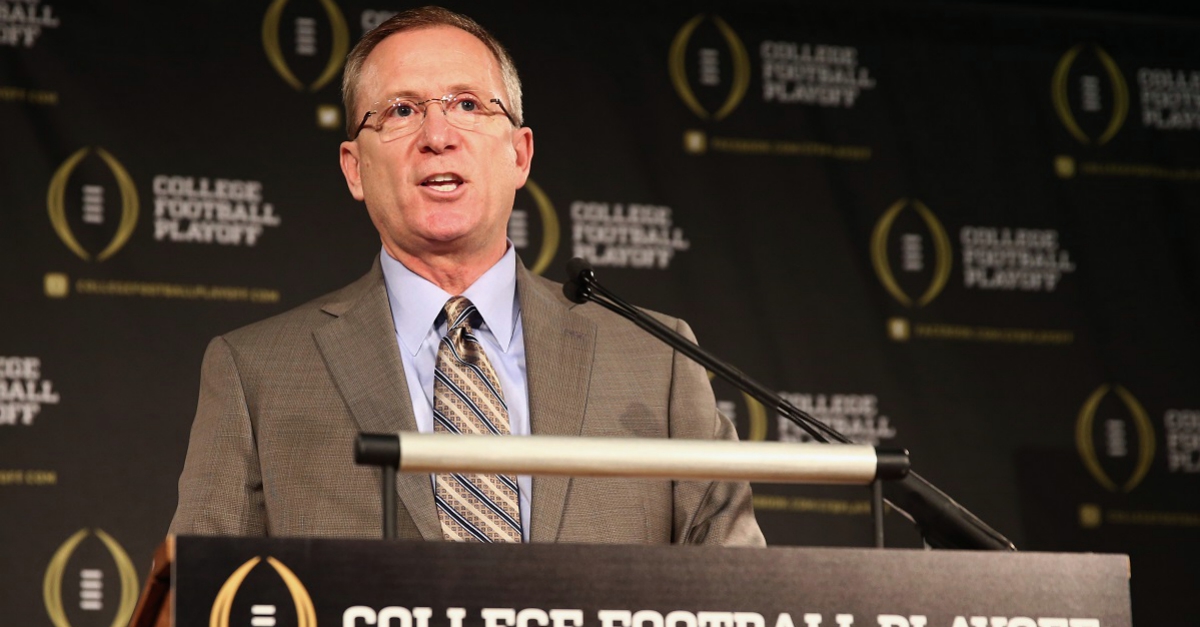 Tom Pennington/Getty Images
IRVING, TX - OCTOBER 16: Jeff Long answers questions from the media after being named the chairman of the College Football Playoff selection committee on October 16, 2013 in Irving, Texas. Condoleezza Rice, Stanford University professor and former United States Secretary of State, was also chosen to serve as one of the 13 members that will select four teams to compete in the first playoff at the end of the 2014 season. (Photo by Tom Pennington/Getty Images)

Jeff Long rose to prominence as the chairman of the College Football Playoff committee but his “day job” has been functioning as the athletic director for the Arkansas Razorbacks since 2008. On Wednesday morning, however, word broke that Long will no longer be in the post at the top of the athletic department.

BREAKING: Jeff Long is OUT as Athletic Director at Arkansas, according to sources. #WPS

In short order, the news was backed up by further reporting of a pending announcement from Arkansas.

Heard this AM this will be announced today. https://t.co/02sxXAX1SJ

Long is inextricably tied to football coach Bret Bielema, who is firmly on the hot seat at the moment as a result of a 4-6 current record. He was the voice that hired Bielema after the Bobby Petrino scandal and, for better or worse, AD’s are often linked to the football program in a way that simply isn’t true of other sports.

It is certainly an eye-opening move to let Long go at this juncture, simply because he is one of the more visible AD’s in the country. Still, it appears Arkansas is looking for a change and they’ll be making one.

Whispers are that Bielema’s tenure could be ‘nearing’ its end.