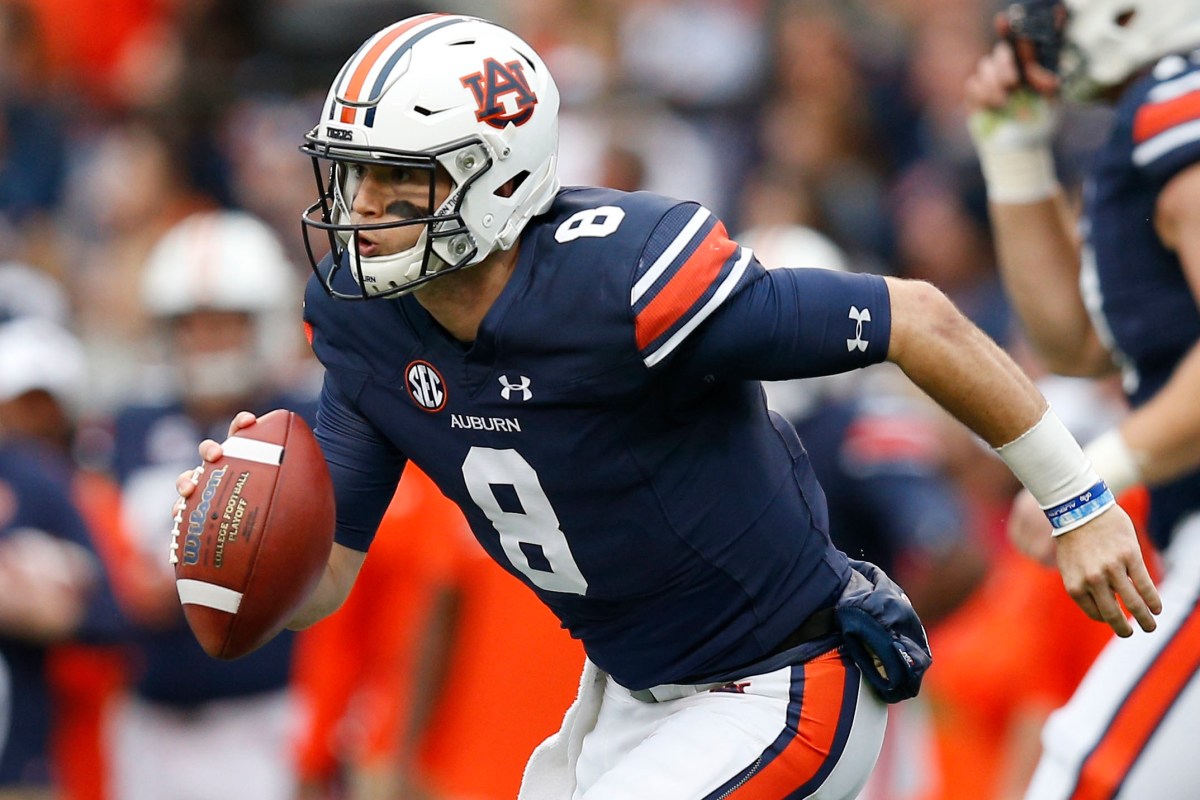 With Auburn’s disappointing loss against Tennessee last week, the Tigers have quite a few hurdles to overcome in the college football arena. Facing off against the University of Mississippi, the team needs to prove to themselves and the rest of Alabama that the Auburn Tigers are a force to be reckoned with.

If Auburn expects to have any chance against the Ole Miss Rebels this coming Saturday, there are several key factors that the Tigers will have do if they want to survive their trip to Oxford at Vaught-Hemingway Stadium.

Stidham had his worst game as a starter in the Tennessee game, turning the ball over three times and basically costing Auburn the game. If the Tigers expect to have any chance, Stidham has to play his behind off.

The Rebels offense feeds off the energy of their fans and turnovers are a huge part of that home-field advantage for Ole Miss football. Stidham does not need to give the Rebels a short field by turning it over. The Rebels defense is not exactly known for big plays this season so far, meaning that Stidham and the Auburn offense should be able to move the ball with ease, but if they turn the ball over, it could be a long day.

The Auburn secondary gave up over 300 yards to Tennessee’s passing offense. The Vols wide receivers had a field day out jumping Auburn?s corners left and right. The Rebels wide receivers have been called the best in the league, so the Tigers secondary needs to play tight coverage if they want any chance of stopping them.

Rebels quarterback Jordan Ta?amu, leads the SEC in passing yards at more than 2,000 on the season, and wide receivers AJ Brown and DJ Metcalf, are No. 2 and No. 3 for receiving yards in the SEC.

Auburn's Gus Malzahn on his running backs: 'I think you'll see that group grow.' Kam Martin listed as the starter. Ja'Tarvious Whitlow is No. 2. pic.twitter.com/gh6eJV9cR8

The Tigers have struggled on offense in part because their lack of a running attack, which wasn?t helped with the injury to running back Ja?tarvious Whitlow who came out of the Tennessee game. He’s expected to play Saturday and it’s a good thing he is playing because his services will be needed.

The Tigers are 11th in the SEC in the run, but the Rebels defense isn?t even ranked in the top 50 of defenses in the country. This game might be the perfect time for Auburn to establish the run, which would greatly help Jarrett Stidham, along with keeping the Rebels offense off the field.

Auburn must play nearly mistake-free if they are to keep up with Ole Miss. If they don?t, this game could get real ugly, real quick.