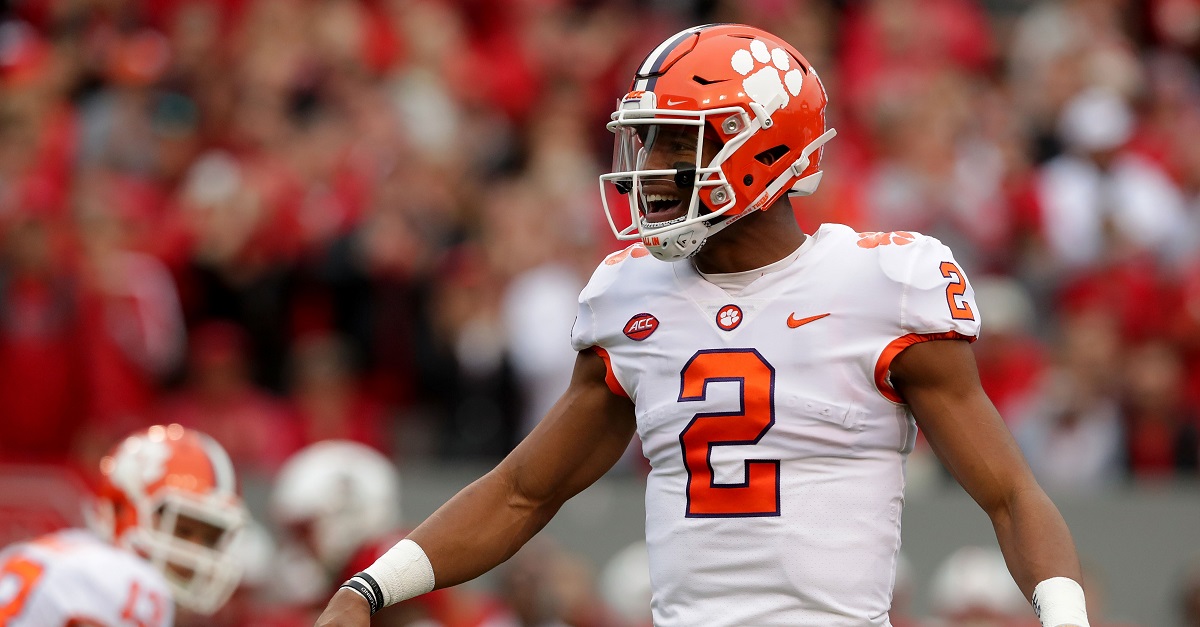 It?s been a long couple of weeks for former Clemson Tigers quarterback Kelly Bryant. Bryant, who started the season as Clemson?s starting quarterback, was replaced this season by head coach Dabo Swinney with true freshman Trevor Lawrence. This sent Bryant packing after expressing his feelings of betrayal to the media, telling The Greenville News, “I’ve never been a distraction. I’ve never been in trouble with anything. To me, it was kind of a slap in the face.”

Because of the new NCAA transfer rules, former Clemson quarterback Bryant was able to leave for another school. So where is Bryant going? There are several schools in the need of Bryant’s services, from Arkansas to North Carolina, but his real choice should be Auburn University.

Yes, Auburn does have quarterback Jarrett Stidham, a transfer from Baylor a few years ago, but QB Kelly Bryant should still consider Auburn for these reasons. After all, it’s all Auburn fans can talk about.

5. Jarrett Stidham may leave for the NFL.

Related: Auburn Won’t Make This Switch Despite His Terrible Game Against Tennessee

Stidham is a junior this year so he would be eligible for the NFL Draft after the season. Considered one of the top quarterbacks in the country, there may be an opening.

4. Auburn is a big-time program.

Bryant would be going to a big time SEC school which should be an attraction to him. The SEC has a contract with ESPN, which guarantees Bryant will be seen on TV every weekend by NFL scouts.

Most of Gus Malzahn?s offense is the Run Pass Option, which could work well with Bryant?s talents. Bryant is not a pocket passer and as we know, Auburn Tigers quarterbacks who have had the most success under Malzahn have a strong run and pass game like Bryant.

2. He can finally get some good ol’ fashioned Alabama payback.

Kelly Bryant was officially released from Clemson yesterday, and is now able to communicate with other coaches and colleges to transfer. – Question Of The Day… 🤔⬇️ Where Kelly Bryant will decide to transfer to? – #KellyBryant #Released #TrevorLawrence #Clemson #AllIn #CollegeFootball #CFBHouse #CFB #Playoffs #CollegeGameDay #ESPNcfb #Uniswag #Nike #ACC

Alabama crushed Clemson last year in the College Football Playoffs 24-7, so what better way to get back at them by transferring to Auburn and getting a little revenge.

1. He can lead Auburn to their first appearance in the College Football Playoffs.

Auburn is a very talented football team that has yet to make to the College Football Playoffs. If Bryant can lead Auburn to the playoffs, this powerhouse team could be the story of the year with a huge comeback in college football well beyond this season. It would be even sweeter if Auburn were to face Clemson.

Whatever the Bryant transfer decision is, it may have a huge impact on the landscape of the College Football Playoffs next season.