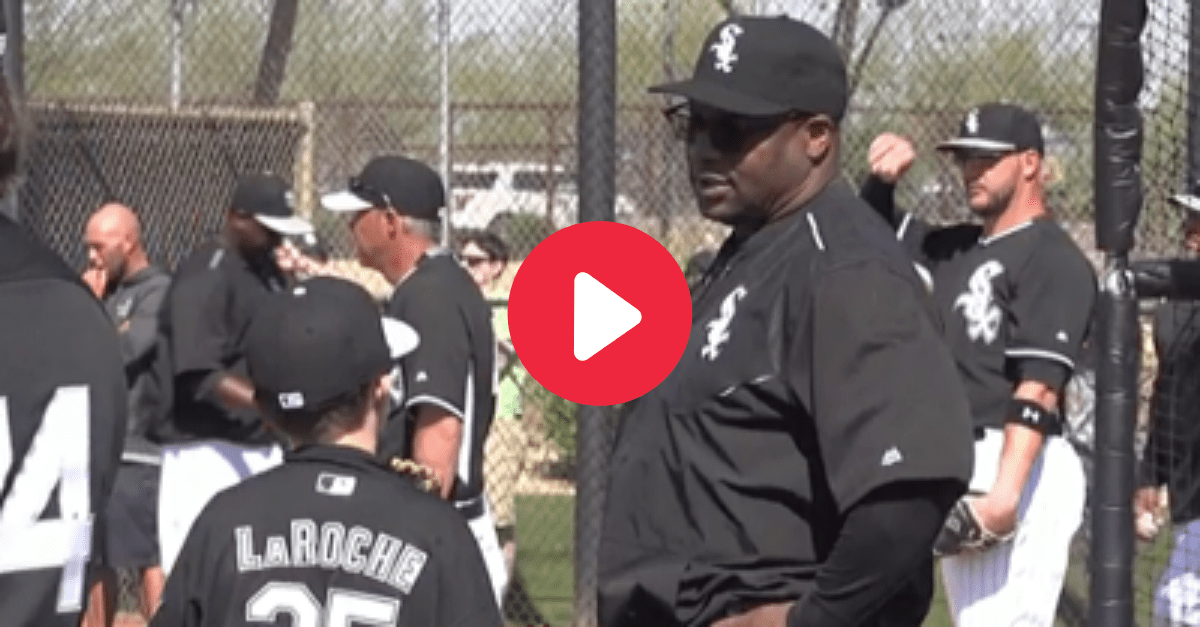 Legendary football and baseball player Bo Jackson was working with one of his former teams, the Chicago White Sox, as a special instructor during spring training. Jackson’s legend apparently hasn’t made its way all the way to the latest generation of sports fans, however, as Adam LaRoche’s son had to get a history lesson from Jackson, about Jackson.

You can listen to the 1985 Heisman Trophy winner, very patiently, explain who he is and his career to young Drake LaRoche while mic’d up at camp. Jackson explains his stops in Kansas City, Chicago, and California in Major League Baseball, and then went into his football career with the Raiders and tried to explain what the Heisman Trophy even is to this kid.

The video’s pretty great (and will make you feel old), and it’s quite the history lesson for young LaRoche to learn about a legend from the man himself.

This article was originally published on April 2, 2015.